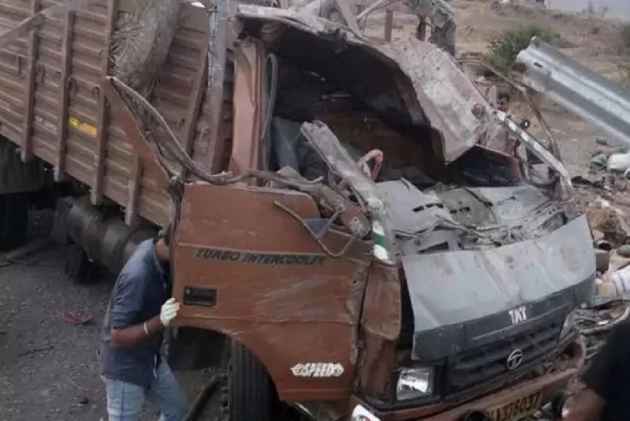 At least 17 people were killed and 15 injured after the truck they were travelling in veered off the road and hit a barricade near Khandala tunnel in Pune-Satara highway in the early hours of Tuesday. The injured have been rushed to the hospital.

The truck, carrying construction labourers from Bijapur district in Karnataka, was going towards Pune when it met with the accident around 4.30 am on Mumbai-Bengaluru highway passing through the district, around 250 km from here, Satara's Superintendent of Police Sandeep Patil said.

The driver apparently lost control over the wheels at an accident-prone stop near Khambatki ghat. As a result, the vehicle rammed into a barricade and then overturned, he said.

"We suspect the driver to have lost control due to high speed and the curved slope on this S- shaped patch on Mumbai-Bengaluru highway. Seventeen persons including children are dead,” PTI quoted Assistant inspector Yuvraj Hande of Pargaon-Khandala police station in Satara as saying.

At least 17 labourers died on the spot, while 15 others sustained injuries, he said.

On being informed, the Khandala police rushed the spot and took all the victims to a nearby hospital, he said.

The police were trying to ascertain the exact reason of the accident, the official said, adding that they suspect the accident occurred due to the driver's lack of concentration as he had been constantly driving and was deprived of sleep.

The bodies were sent for postmortem and the process to identify the deceased was on, the police added.