record seven-time African champion Egypt's last won the Cup of Nations in 2010 when Mohamed Salah was a teenager.

Mohamed Salah buried the decisive penalty as Egypt beat Ivory Coast 5-4 in a shootout to reach the quarterfinals of the African Cup of Nations 2021 in Douala, Cameroon. Equatorial Guinea followed suit to beat Mali 6-5 on penalties, but in a far more chaotic shootout. (More Football News)

Both Equatorial Guinea and Mali missed two of their first five spot-kicks, and Mali defender Falaye Sacko eventually had the 16th penalty of the shootout saved by Equatorial Guinea’s 20-year-old goalkeeper Jesús Owono.

There was then a VAR check to make sure Owono hadn't come off his line too early before the upset was confirmed and Equatorial Guinea's players could race away to a group of their fans in the stadium to celebrate.

Both games ended 0-0 after extra time and the round of 16 ended without a goal from open play. The quarterfinals of the AFCON 2021 are now set: Burkina Faso vs Tunisia, Senegal vs Equatorial Guinea, Gambia vs host Cameroon and Egypt vs Morocco.

For Egypt, Salah sent his spot-kick into the bottom right corner and then ran off and jumped onto the back of Egypt substitute goalkeeper Mohamed Abou Gabal for his celebrations.

The Egypt keeper pulled off the only save of the shootout when he tipped Eric Bailly's penalty onto the crossbar and out. Abou Gabal, who wears the name Gabaski on the back of his jersey, had come on as a substitute in the 88th minute when Mohammed el-Shenawy was injured.

Gabaski pulled off another crucial save in extra time with a full-stretch dive to keep out a shot from Ibrahim Sangaré that was destined for the top corner. Egypt set up a North African derby against the Moroccans, and Salah's hopes of a first major title with his country are still alive.

Egypt are a record seven-time African champion but haven’t won the Cup of Nations since 2010, when Salah was a teenager. He made his debut for his country the year after. Salah lost in the final with Egypt in 2017 and was part of the team that was surprisingly eliminated on home soil in the last 16 in 2019. 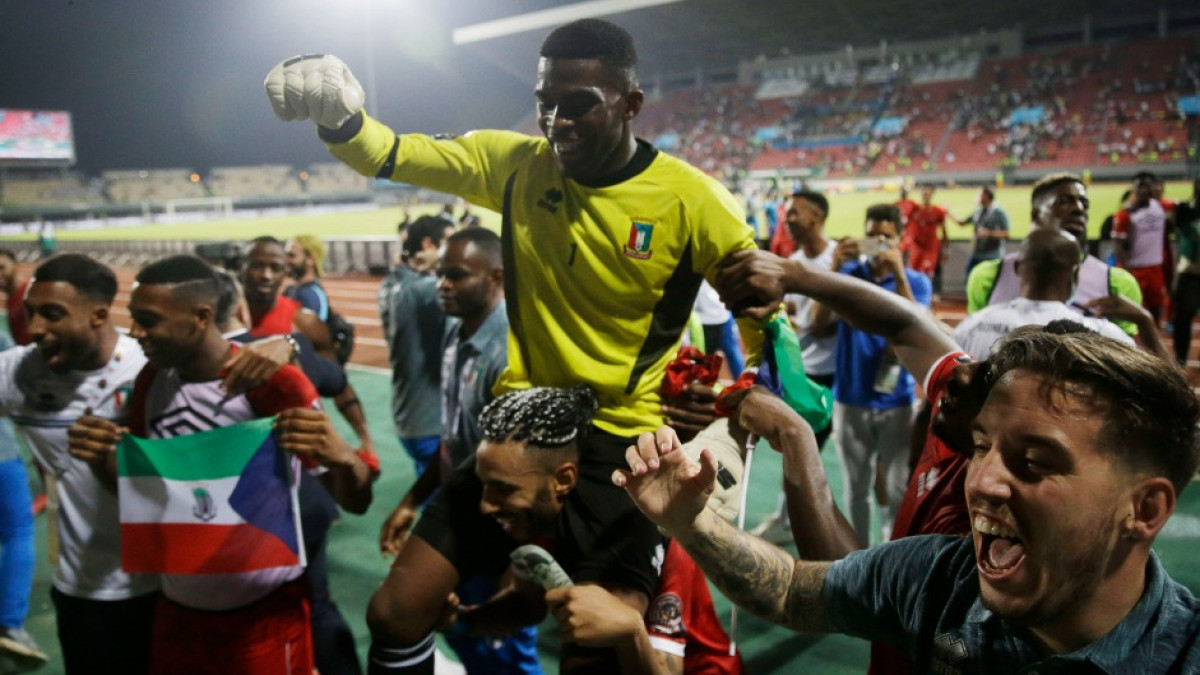 Both teams had clear-cut chances at the Japoma Stadium in Douala on Wednesday. Salah's snap-shot in the first half was one of them. It was tipped over the bar by Ivory Coast keeper Badra Ali Sangaré.

Ivory Coast lost AC Milan midfielder Franck Kessié to an injury in the first half and Egypt gained impetus from that. But el-Shenawy, Egypt's starting goalkeeper, had to pull off a double save in the 85th minute to keep his team in the game. He hurt his right leg in the process, giving Gabaski his chance.

Manchester United's Bailly was returning from a head injury sustained in the group stage and wore protective headgear for the game. He took the rugby-style headgear off for his penalty in the shootout, but it didn't help as Gabaski stuck out a hand and deflected the ball onto the bar.

Egypt's quarterfinal against Morocco on Sunday will now be played at Ahmadou Ahidjo Stadium in Yaounde after the Confederation of African Football moved it away from the tournament's main Olembe Stadium because of Monday's deadly crush.

Eight fans died and seven are in serious condition after an incident blamed on security failings at the stadium. CAF said one of the semifinals and the African Cup final on February 6 might also be taken away from the Olembe depending on the findings of an investigation.

Mali was expected to beat Equatorial Guinea in Limbe but a game of few chances always seemed destined for the lottery of penalties. Equatorial Guinea's reward is a game against Sadio Mané's Senegal on Sunday, although Mané may not play after he sustained a head injury in Senegal's victory over Cape Verde on Tuesday.

Mané was dazed after a clash of heads with the Cape Verde goalkeeper and the Liverpool star was taken to the hospital after the game. He said on social media he was OK. But he had played on after the incident and scored Senegal's opening goal before looking uneasy and lying down on the field, and finally being taken off.

Senegal has been fiercely criticized for allowing Mané to play on but he posted on Facebook on Wednesday: “What does not kill you makes you stronger!”