Statues And Politics | Incidents Of Vandalism In Recent Past

With new statues being erected, and the old being vandalised, these sculptures have played a larger role in shaping the political discourses over the years.

In India, what purpose does a statue serve? This question remains and comes in waves with every episode that fuels national debate over the vandalism of public monuments in the society, and the purpose of the same. Advocacy of retaining statues tells us that removing them would be to erase a part of history; as they teach people about bits and parts of the past. However, is history the only reason to retain a statue or, it’s their influence on the electoral outcome?

India has been a witness to the large scale socio-political impact of statues. With new statues being erected every now and then, and the old being vandalised, these sculptures have played a larger role in shaping the political discourses over the years.

Here’s a look at a few incidents of statue vandalism in the recent past that resulted in communal riots and political upheaval.

On January 30, a statue of Mahatma Gandhi, which was installed at the government-run Pakhyota Upper Primary School, was vandalised in Odisha’s Kendrapara district. The life-size statue was found uprooted from its pedestal. Following the incident, a case under IPC sections 506 (criminal intimidation), 379 (theft) and 34 (acts done by several persons in furtherance of common intention), and the Prevention of Insults to National Honour Act, 1971 was registered. According to police, the vandalism could have been carried out by a few addicts, although the investigation is underway. 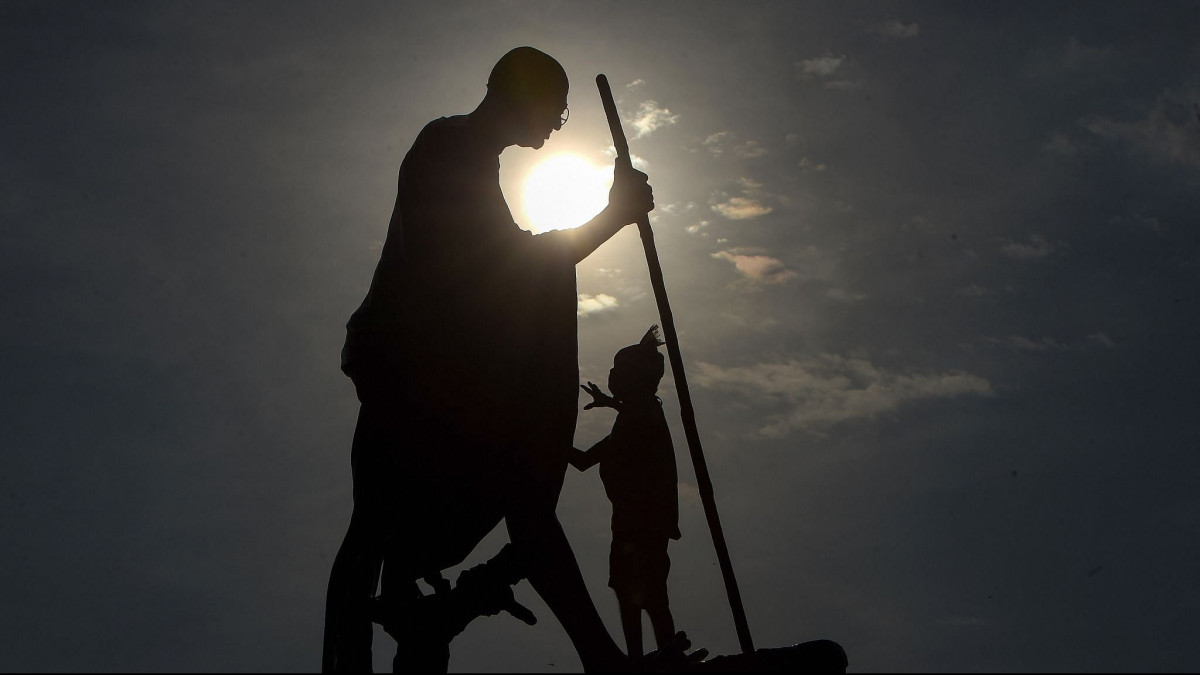 In January, early this year, a statue of social reformer ‘Periyar’ E V Ramasamy was found desecrated, triggering tensions in Vellelore, Tamil Nadu. According to various reports, the statue was found with saffron powder sprinkled on it and a garland of footwear was placed around the statue. It was installed in front of the Thandhai Periyar Pakutharivu Padipagam. Following the incident, Dravidar Kazhagam president K Veeramani issued a statement condemning the incident and a protest was staged at Gandhipuram. 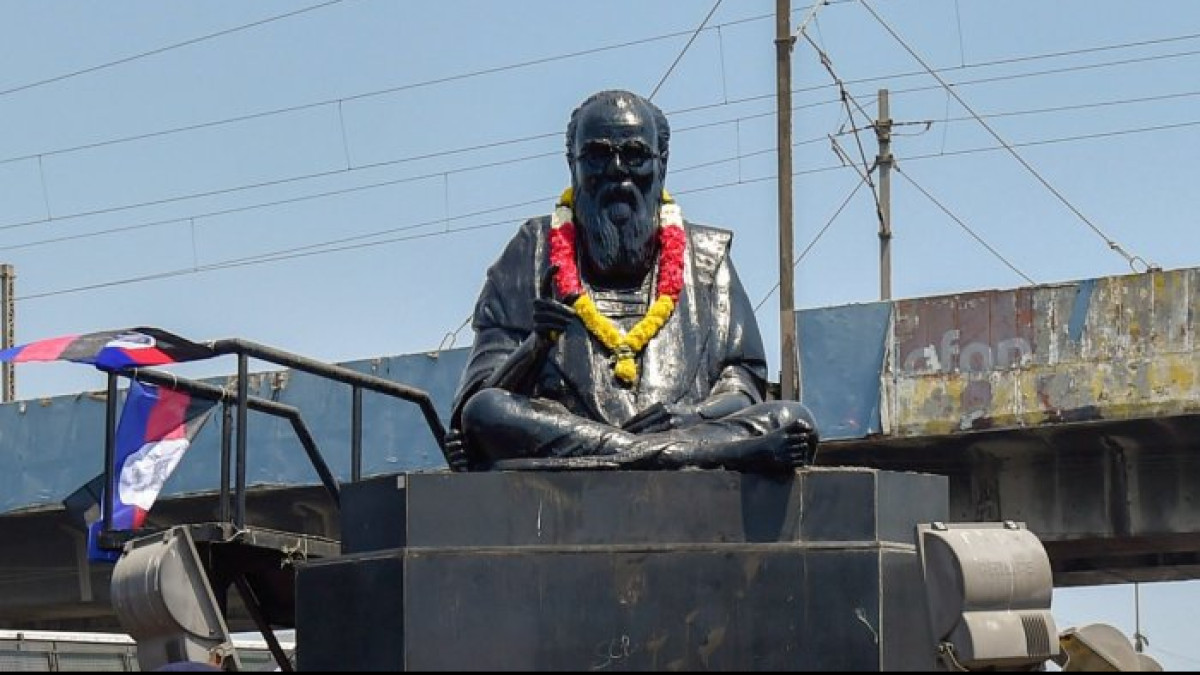 A statue of Periyar. (Credit: PTI)

Right after Christmas in December 2021, a statue of Jesus Christ was vandalised at the entrance gate of the British-era’s historical Holy Redeemer Church in Ambala Cantonment (Cantt). The incident came at a time when the country was witnessing a large-scale attack on church and Christianity around Christmas. The statue was desecrated late at night and according to police, two suspects were booked as per CCTV footage. The act of vandalism stirred protest over hurting religious sentiments and ‘establishing identities’. This Church is a very old and historical one in Ambala and it was established in 1840. The incident was reported to be the first of a kind.

In December, last year, protests flared up in Belagavi following the desecration of two statues --  Shivaji Maharaj and Sangolli Rayanna. The incidents led to massive protests and stone-pelting. Around 30 people were arrested following the incidents. Sangolli Rayanna’s statue was destroyed before it was even installed, leading to protests that had the crowd destroy the statue of Shivaji Maharaj. On the other hand, Maharashtra Chief Minister Uddhav Thackeray demanded "immediate action" from the Karnataka government and urged Prime Minister Narendra Modi to intervene in the matter. In Gujarat’s Jamnagar, a statue of Naturam Godse, installed by the Hindu Sena, was vandalised by Jamnagar Congress president Digubha Jadeja and his associates in mid-November, last year. The Hindu Sena had wanted to instal the Godse’s statue in Jamnagar in August. However, after locals refused to provide the space, it was erected at Hanuman Ashram with slogans -- ‘Nathuram Godse amar rahe’ (long live Nathuram Godse). On the other hand, the Congress workers put a saffron strap around the statue of Godse while breaking it.

Hyderabad Gets 'Statue Of Equality' To Honour Saint Ramanuja