The statue will be build at Saryughat after clearance from the National Green Tribunal, according to a press communique released from Raj Bhavan. 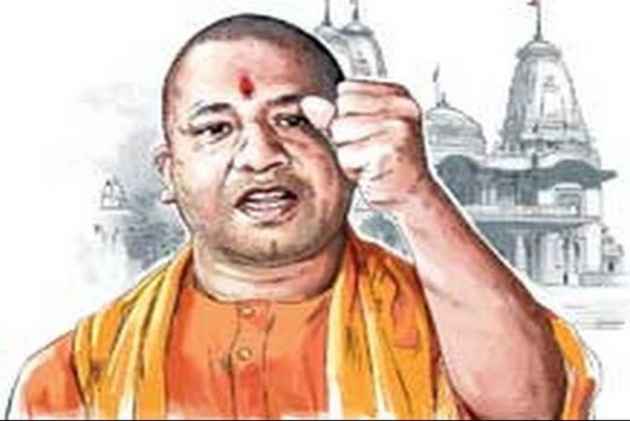 The Yogi Adityanath government in Uttar Pradesh has made a proposal to governor Ram Naik to build a grand statue of Lord Ram on the banks of the Saryu river in Ayodhya.
The proposal is a part of the state tourism department’s initiatives to promote religious tourism, reports The Indian Express.
This comes amid the reports that a grand temple worth Rs. 30 crore is going to be built in honour of Prime Minister Narendra Modi in Meerut district of Uttar Pradesh. The temple would be built in the Sardhana area of Meerut where a 100-foot statue of Modi would be installed.
The building of the Ram statue is part of the UP government’s plan to showcase “Navya Ayodhya” and promote religious tourism in the state, according to the newspaper.
Early report says the height of the statute will be 100 metre but it has not been finalised. Principal secretary of tourism Awanish Kumar Awasthi had made a presentation to the governor.
The statue will be build at Saryughat after clearance from the National Green Tribunal, according to a press communique released from Raj Bhavan.
When asked about the statue, Awasthi told The Indian Express that this was a “concept proposal” and the letter to NGT seeking clearance was yet to be sent.
A Ram Katha gallery, an auditorium in Digambar Akhada are also in government’s plan.
The Ram Temple has been a sensitive issue for the Bharatiya Janata Party (BJP) for the last three decades. The party vowed to build Ram Temple in Ayodhya in its election manifesto during UP elections.
The state government was recently in the news after the finance minister made no mention of Taj Mahal in the special section ‘Hamari Sanskritik Virasat’ (Our Cultural Heritage) incorporated in the 63-page annual budget for 2017-2018 speech.
The tourism department booklet also outlined plans for new attractions like a tour of monuments and locations central to the Ramayana.