The bike is expected to launch early next year, possibly at the 2018 Auto Expo in February 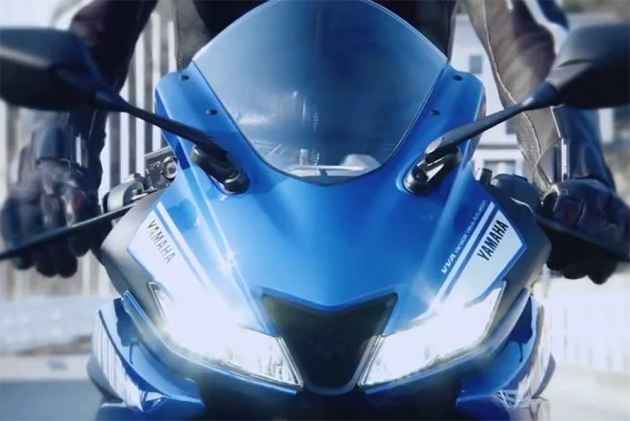 Yamaha has been selling the YZF-R15 v3.0 in Indonesia for a while now. It is expected to be launched in India, replacing the current R15 v2.0. The new R15 sold abroad gets Yamaha R6-inspired styling and upside-down forks. Motive power comes from an all-new, more powerful 155cc liquid-cooled single with variable valve timing that puts out 19.3 PS of peak power, as opposed to the 17PS on the one sold here.

Other updates are LED headlamps, new digital instrument cluster and a slipper clutch. All these updates do drive up the price of the bike to close to Rs 1.7 lakh in Indonesia, far higher than the Rs 1.2 lakh (ex-showroom, Pune).

The test mule spotted in India has the new R15 v3.0 bodywork but sports conventional telescopic forks. The front disc brake does not have ABS while the pillion footpegs get a tubular unit instead of cast aluminium ones. The lack of ABS and upside-down forks might be Yamaha’s way of keeping costs low for the India-spec bike.

The lack of ABS is surprising considering the Indian government’s decision to make ABS mandatory on two wheelers by April 2018. So, if Yamaha wants to launch the R15 v3.0 in non-ABS guise, it has to be before April 2018.

The all-new motor with its four-valve head and variable valve timing also drives up the premium on the bike. It remains to be seen if Yamaha will get the bike in the same state of tune or with a reworked motor with less exotic tech. We expect the rest of the cosmetic upgrades like the bodywork, twin LED headlamps and fully digital instrument console to feature in the new, India-bound R15.

Pricing is expected to go up. The R15 v2.0 currently retails at Rs 1.18 lakh (ex-showroom, Delhi). We expect the new bike to touch the Rs 1.5 lakh bracket.  It remains to be seen what upgrades will be carried over from the Indonesia-spec version and which ones don’t make it here. Watch this space for more information.