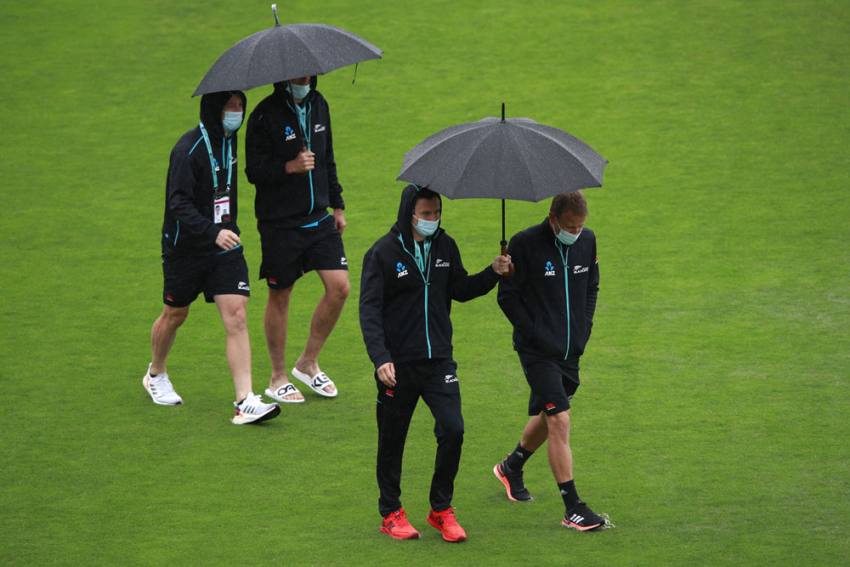 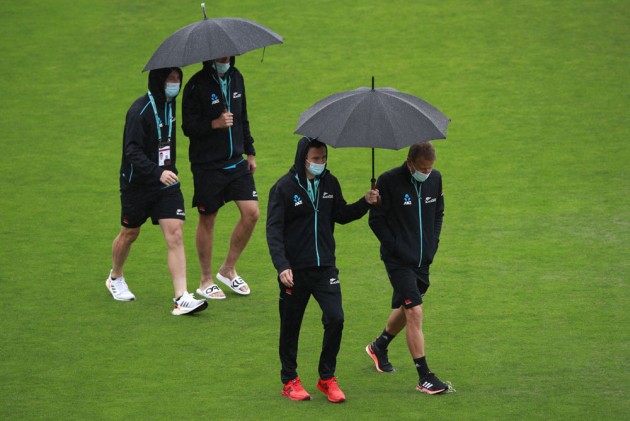 After a first day washout, the wait goes on for the start of the ICC World Test Championship final, but the India team named will be ready for any conditions.

That is the view of India fielding coach R Sridhar, who does not expect any changes to the XI named for the game in Southampton.

While New Zealand’s final XI will not be confirmed until the toss, India has already decided on the team that will take on the Black Caps.

And even if rain could change the tactics, Sridhar is confident that the selection can perform in any conditions.

He said: “I think the XI which has been announced is an XI that takes the pitch and conditions out of the equation.

"I think it is an XI which can play and perform on any given surface, in any given weather conditions. Having said that, the toss is not yet over, so if it needs to be taken, a decision will be taken at the time of the toss.”

While a heavy day of rain put paid to the chances of any cricket on Friday, the possibility of a five-day Test remains thanks to the reserve day on Wednesday.

The ICC has confirmed the ICC World Test Championship final reserve day could be utilised should the match not reach a result by the close of day five. The decision will be taken by the Match Officials on day five.

For now, the players have had to get used to the waiting game, but Sridhar believes that the experienced nature of the India team has helped in that regard.

He added: “To keep them in a good mental space, that is something that is very important because they are going to be on and off the field with the weather so they will have to know how to keep their concentration going, switching on, switching off.

“That is something all the players are aware of, they are a very experienced bunch of players. They have played a few finals, won a few tournaments and played a few Test matches, each one in that XI. So they all know how to do it and are in a good frame of mind, a good space.”

The Black Caps are yet to name a final XI for the match, with that expected to be decided by coach Gary Stead and captain Kane Williamson on Saturday.

For vice-captain Tom Latham, while there was understandable disappointment at not playing at all on day one, he admitted that it did not come as a huge surprise and praised the provision of a potential sixth day.

He said: “It’s disappointing - the rain today, it was forecast unfortunately, but it’s one of those things that as cricketers you need to adapt. It’s something we can’t control, it’s just about waiting and when we get the opportunity to come on, making sure we’re ready.

“The beauty of it is there is day six as well, so there is a little extra time that we can use then. We’ll wait and see and have a look tomorrow.

“I guess for us it’s just about waiting and trying to adapt to whatever weather conditions we’re facing, whether it’s tomorrow or whenever it may be. It’s important we aren’t caught on the hop and that we’re ready when called upon. We’ve been in this situation many times as cricketers, so it’s about trying to stay ready.

“Looking at conditions and the amount of water that has fallen since yesterday afternoon, there probably wasn’t a huge chance that we were going to play today. So guys have just been trying to relax, there has been a lot of table tennis, a lot of darts being played up in the team room. Guys are pretty relaxed and we’ll have to give it another shot tomorrow and see what happens."