'Vaccines are the shot in the arm we all need, literally and figuratively,' director-general Tedros said. 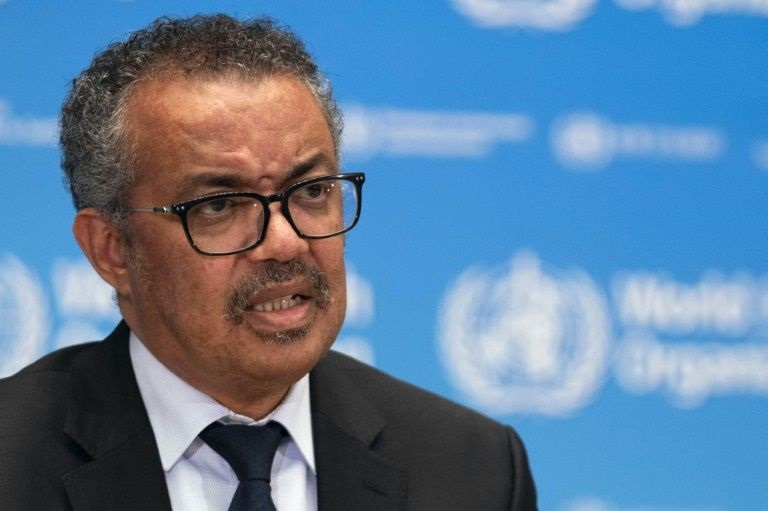 The World Health Organization chief on Monday lambasted drugmakers' profits and vaccine inequalities, saying it's “not right” that younger, healthier adults in wealthy countries get vaccinated against Covid-19 before older people or health care workers in poorer countries and charging that most vaccine makers have targeted locations where “profits are highest.”

Director-General Tedros Adhanom Ghebreyesus kicked off WHO's week-long executive board meeting — virtually from its headquarters in Geneva — by lamenting that one poor country received a mere 25 vaccine doses while over 39 million doses have been administered in nearly 50 richer nations.

“Just 25 doses have been given in one lowest-income country -- not 25 million, not 25,000 -- just 25. I need to be blunt: The world is on the brink of a catastrophic moral failure,” Tedros said. He did not specify the country, but a WHO spokeswoman identified it as Guinea.

“It's right that all governments want to prioritize vaccinating their own health workers and older people first," he said.

“But it's not right that younger, healthier adults in rich countries are vaccinated before health workers and older people in poorer countries. There will be enough vaccine for everyone.” Tedros, an Ethiopian who goes by his first name, nonetheless hailed the scientific achievement behind rolling out coronavirus vaccines less than a year after the pandemic erupted in China, where a WHO-backed team has now been deployed to look into origins of the coronavirus.

“Vaccines are the shot in the arm we all need, literally and figuratively,” Tedros said.

“But we now face the real danger that even as vaccines bring hope to some, they become another brick in the wall of inequality between the worlds of the world's haves and have-nots.”

He noted the WHO-backed COVAX programme, which aims to get vaccines out to all countries, rich or poor, based on need, has so far secured 2 billion vaccine doses from five producers and options on a billion doses more.

“We aim to start deliveries in February,” he said. "COVAX is ready to deliver what it was created for.”

That target date could be a tall order, because a key producer of vaccines for the developing world — the Serum Institute of India — has not confirmed a date and predicted that its rollout might not happen before March or April.

In his opening remarks, Tedros aired some of his toughest public words yet toward vaccine makers, criticizing “bilateral deals” between them and countries that WHO says can deplete the effectiveness of the COVAX facility — and went further to raise the issue of profits.

“The situation is compounded by the fact that most manufacturers have prioritized regulatory approval in rich countries, where the profits are highest, rather than submitting full dossiers to WHO,” he said.

That appeared to allude to a shortage of data the UN health agency says it has received from vaccine makers so that WHO can approve their shots for wider emergency use.

Dr Clement Martin Auer, a board member from Austria, had sharp words and questions for GAVI, the Vaccine Alliance, that also with the Coalition for Epidemic Preparedness Innovations is leading the effort on COVAX.

While calling its principles of equal access to vaccines a “fantastic idea,” Auer faulted COVAX as being “slow” and unable to close “crucial numbers" of contracts. He defended the European Union, which counts among its 27 members many of the world's richest countries, for getting vaccines for its 450 million citizens and being “the single largest donor” in supporting COVAX.

“We were, in the European Union, sceptical that GAVI-COVAX had the means and the capabilities to fulfil its tasks and negotiate the necessary contracts and to secure the needs of our citizens,” Auer said, adding that COVAX management had “rejected” proposals negotiated by GAVI and the EU.

He said GAVI-COVAX early last year had not included mRNA vaccines like those developed by Pfizer-BioNTech and Moderna in the COVAX portfolio. “This was a major mistake, taking into account that the mRNAs are the early ones on the market and the gold standards when it comes to Covid vaccines,” Auer said.

WHO has approved Pfizer-BioNTech for emergency use against coronavirus and could approve Moderna this week.

WHO officials or other board members did not immediately address Tedros's concerns at the meeting.

In related vaccine news, Israel has struck a deal with Pfizer, promising to share vast troves of medical data with the international drug giant in exchange for the continued flow of its hard-to-get vaccine.