Home  »  Website  »  International  »  Vladimir Putin Vaccinated Against Covid-19, Does Not Reveal The Name Of The Vaccine

Vladimir Putin Vaccinated Against Covid-19, Does Not Reveal The Name Of The Vaccine

Putin's spokesperson said the president would get the vaccine out of the public eye because “when it comes to getting vaccinated on camera, he has never supported that, he doesn't like that”. 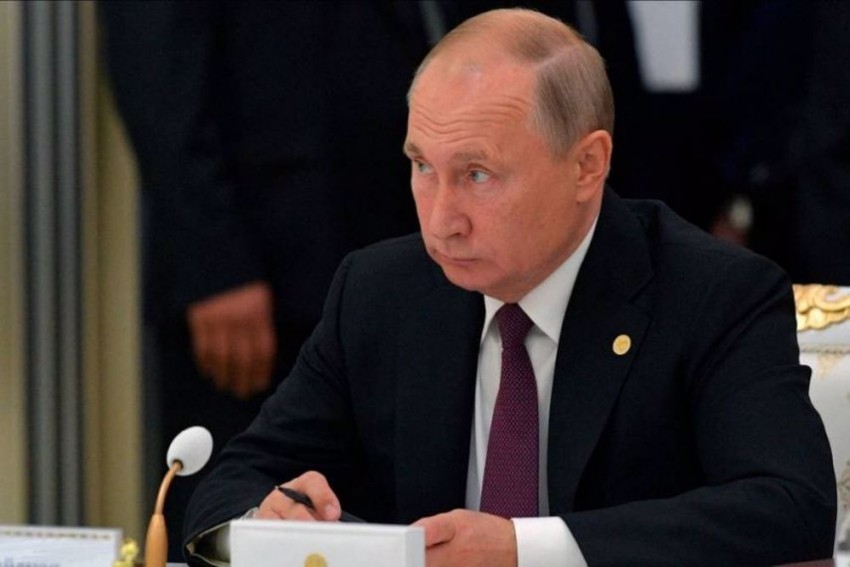 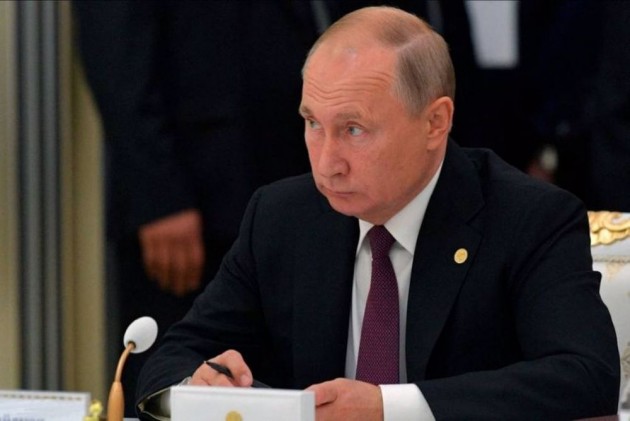 Russian President Vladimir Putin was vaccinated against Covid-19 Tuesday out of sight of the cameras, his spokesman said, prompting questions about whether the gesture will boost comparatively low immunisation rates in Russia.

Dmitry Peskov said Putin is feeling fine after getting the shot and is planning a regular workday Wednesday.

He explained earlier Tuesday that the president would get the vaccine out of the public eye because “when it comes to getting vaccinated on camera, he has never supported that, he doesn't like that”.

Peskov wouldn't reveal whether Putin would go to a vaccination facility or the shot would be brought to him in his office or residence, saying only that “it will done in a way that would the least affect” Putin's working schedule.

Putin announced that he would get vaccinated at a government meeting the day before. The statement came several months after widespread immunisation against Covid-19 kicked off in Russia. Kremlin critics have argued that Putin's reluctance to get vaccinated was contributing to the already existing public hesitancy about the vaccine.

Only 6.3 million people, or 4.3% of Russia's 146-million population, have received at least one dose of a vaccine. It lags behind a number of other countries in terms of the vaccination rate.

Surveys by Russia's top independent pollster, Levada Centre, have shown that the number of Russians reluctant to get vaccinated with the domestically developed Sputnik V shot has grown in recent months — to 62% in February from 58% in December.

Pressed by reporters over whether Putin should get vaccinated on camera in order to boost slow vaccination rates, Peskov argued that Russians “will hear” about the president's vaccination and that Putin is already doing “a lot" for promoting the vaccination campaign.

“The president ... dedicates a rather significant time in his working hours to events, discussions, meetings related to vaccination, production of vaccines and so on. So the president does a lot for propaganda of the vaccines,” Peskov said.

The Kremlin spokesman refused to reveal which of the three vaccines authorised for use in Russia Putin will receive, saying only that all three are “absolutely good, reliable, effective.”

Russian authorities have given regulatory approval to three domestically developed shots — Sputnik V, EpiVacCorona and CoviVac. All three received the authorisation before completing advanced trials experts say are necessary to ensure their safety and effectiveness in line with established scientific protocol.

However, a recent study in the British medical journal the Lancet showed that Sputnik V is 91% effective and appears to prevent inoculated individuals from becoming severely ill with Covid-19, although it's still unclear whether the vaccine can prevent the spread of the disease. No data on efficacy of the two other vaccines have been released.

Russia has been actively marketing Sputnik V abroad, despite the slow rollout at home and limited production capacities. Dozens of countries have approved the use of Sputnik V, and many signed deals with the Russian Direct Investment Fund that bankrolled the vaccine to get shipments of the shot.

The fund said Tuesday it has submitted a request for Sputnik V to be part of the global vaccine sharing scheme COVAX. The shot first needs to be endorsed by the World Health Organisation, which is still in the process of reviewing data provided by Russia.

Exporting the vaccines has not been without delays and some questioned whether Moscow had the capacity to deliver on its promises. In Russia, state media and government officials boasted about the international success of the shot that came despite initial criticism of Sputnik V's hasty introduction.

Peskov said Tuesday that Sputnik V was “so sought-after" that Russia's production "can't cope with the demand from abroad”.

To boost production, the Russian Direct Investment Fund has signed agreements with manufacturers in a number of countries including India, Brazil, South Korea and most recently Italy. Putin said on Monday such agreements amounted to a total of 700 million vaccines a year.