The number of new Covid-19 cases reported in the US topped 200,000 for the first time on Friday 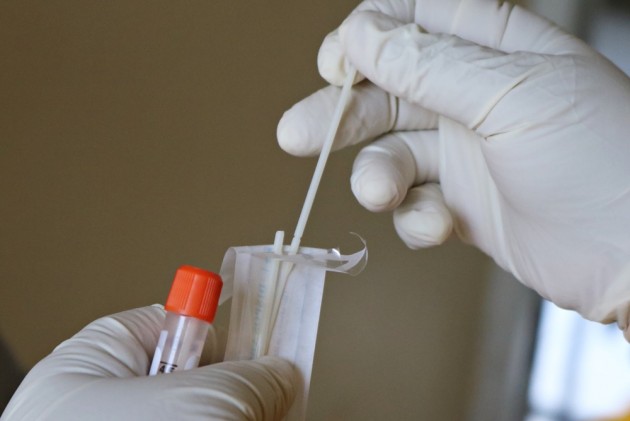 Two top American health experts, also members of the White House Task Force on Covid-19, on Sunday feared a major surge in the coronavirus pandemic after this week's Thanksgiving festival, which traditionally involves gathering of family and friends over dinner.

The number of new Covid-19 cases reported in the US topped 200,000 for the first time on Friday, according to data from Johns Hopkins University.

Since January, when the first infections were reported in the US, America's total number of cases has surpassed 13 million. More than 265,000 people have died.

"If you look at the second wave, we had less than 25,000 cases a day, we had way less mortality. We’re entering this post-Thanksgiving surge with three, four and 10 times as much disease across the country," Dr Deborah Birx, who is coordinator of the taskforce, told CBS News.

"That's what worries us the most. We are deeply worried about what could happen post-Thanksgiving," Birx said.

Appearing on another Sunday talk show, Dr Anthony Fauci, a prominent member of the task force and Director of National Institute of Allergy and Infectious Diseases, too expressed serious concerns over the sudden jump in Covid-19 cases in the US in the coming days and weeks.

"In the next few weeks, we're going to have the same sort of thing, and perhaps even two or three weeks down the line we may see a surge upon a surge," he told ABC news.

"We don't want to frighten people, but that's just the reality. We said that these things would happen as we got into the cold weather and as we began travelling. And they've happened. It's going to happen again,” he added.

"We have to be careful now because there almost certainly is going to be an uptick because of what has happened with the travel. We understand the importance of families getting together, and it's just something that we have to deal with, that we likely will have an increase in cases as we get into the colder weeks of the winter and as we approach the Christmas season," Fauci said.

"And as we've just heard, help is on the way. Vaccines are really right on the horizon. We'll be having vaccines available for the higher-priority people towards the middle and end of December and as we get into January and February," he said.

"So, everyone is totally empathetic about the fatigue that everyone is feeling. But if we can hang in there a bit longer and do the fundamental things, wearing of masks uniformly, avoiding crowds in congregate settings, keeping physical distance, washing your hands - they seem simple in the enormity of the problem that we're facing, but they do make a difference," Fauci told ABC news.

Birx also pleaded with people to follow the mitigation measures and go for Covid-19 testing if they attended a Thanksgiving gathering.

"If you’re young and you gathered (for Thanksgiving), you need to be tested about 5 to 10 days later, but you need to assume you’re infected and not go near your grandparents and others without a mask," Birx said.

The White House task force has also urged mayors and governors to increase the availability of testing.

"What we do know works is mask mandates. Starting with mask mandates, followed by, if you have high case numbers… one the first things you should do is close spaces where people cannot wear masks and we know where that is, that’s bars and indoor restaurants," she said.

Responding to a question, Birx said that she hopes to brief president-elect Joe Biden on Monday.

"We’ve spent the last nine months really developing sophisticated databases that are bringing together information from across the country down to the county level. I think the one thing we will bring to the Biden administration in that discussion is how they want to see the data, because data isn’t helpful if it’s not actionable," Birx said.