One of the researchers believes that the spray’s formula will help unlock society from social distancing restrictions and 'get schools going again'. 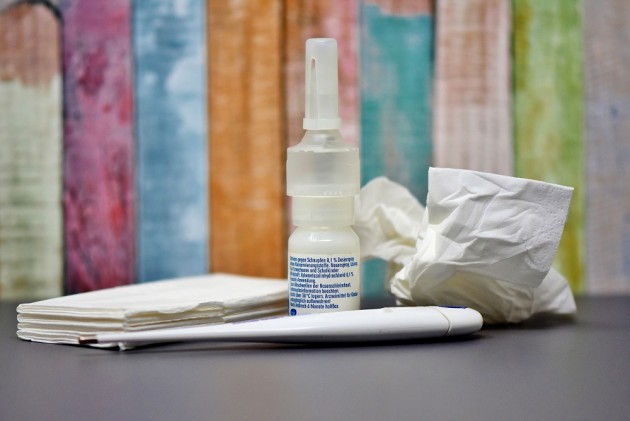 A nasal spray that can prevent chances of contracting coronavirus for two days is in development at the University of Birmingham and is expected to be available in pharmacies in the next few months, according to The Sunday Telegraph.

The lead researcher, Dr Richard Moakes, said that he is confident of the spray's ability in tackling social distancing restrictions and "get schools going again".

The nasal spray, which has not yet been named, is made from ingredients that are already approved for medical use, meaning it is safe for use by humans and does not require further approval.

The formula helps prevent infection by capturing the virus in the nose and encapsulating it in a coating which it cannot escape from. As a result, it would be safe for a person to breathe out – even if inhaled by another person – because the virus would be inactive and harmless, the newspaper reports.

"As an over the shelf product, we have spoken to companies with a presence on the high street as we think they could distribute it effectively,” Moakes was quoted as saying.

"Based on the product, it will be much quicker to get to the user than a novel drug. I am confident that the formulation can make an impact. Our goal is to make an impact as soon as possible, we would really like to see this happen by summer," he said.

In November last year, the researchers working on the spray since April 2020 announced that laboratory experiments showed the spray prevented a coronavirus infection from spreading for up to 48 hours.

The team believes using the spray four times a day would be enough for general protection, although it is safe enough to be applied every 20 minutes if in a high-risk, densely populated environment such as schools.

The spray is a combination of an antiviral agent called carrageenan, commonly used in foods as a thickening agent, and a solution called gellan – a gelling agent selected for its ability to stick to cells inside the nose.

Gellan is an important component because it has the ability to be sprayed into fine droplets inside the nasal cavity, where it can cover the surface evenly and stay at the delivery site rather than sliding downwards and out of the nose.