Sri Lanka: There are 15.9 million eligible voters who will choose a successor to President Maithripala Sirisena among a record 35 candidates. 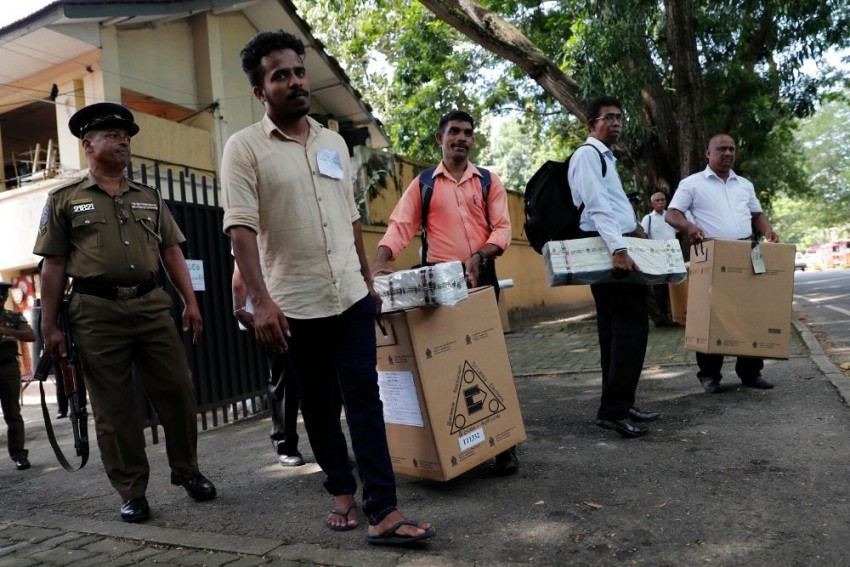 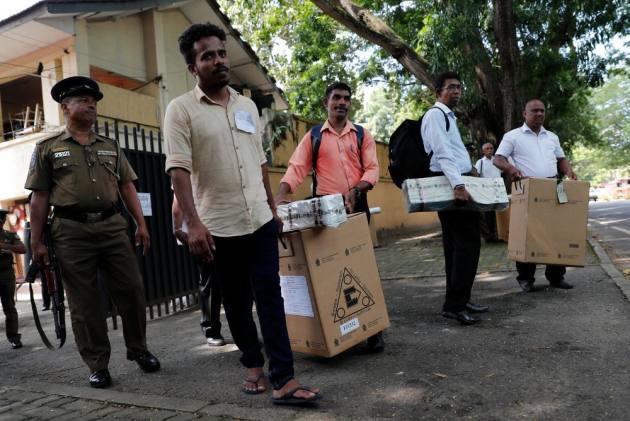 Sri Lanka will go to polls on Saturday to choose a new president, an election that will decide the future of the country that struggles with security challenges after the Easter Sunday bombings and increasing political polarisation.

There are 15.9 million eligible voters who will choose a successor to President Maithripala Sirisena among a record 35 candidates.

Sirisena, who was elected in 2015, is not seeking a re-election.

The front runner candidates would be either depending on their legacies or hoping that the larger electorate would forget them while making their choices.

Premadasa, the ruling United National party (UNP) candidate, banks on his 'man of the commoner' image - a legacy of his father Ranasinghe Premadasa, the country's president between 1989 and 1993 until the LTTE assassinated him in 1993.

Premadasa senior was a man of the poor. His welfare schemes and his low-cost housing programmes had endeared him to the masses.

If Premadasa senior is still remembered and loved for his commoner’s touch, the dark side of his authoritarian rule still lingers.

"We still remember his (Premadasa senior) gory era when we saw piles of bodies of youth burning on the roadsides on tyre pyres," Mahinda Rajapaksa, the former President, said at campaign rallies in support of his brother Gotabhaya.

"No one wants to return to the Premadasa terror era," he said.

Premadasa senior led a relentless crackdown on the Marxist JVP uprising between 1987-90.

The Rajapaska senior’s legacy of ending the Tamil separatist war has made him the darling of the Sinhala Buddhist majority.

His younger brother Gotabhaya was his top defence ministry official who supervised the daily military operations against the LTTE.

While doing so he acquired a reputation as a ruthlessly efficient administrator.

A cleaner capital city of Colombo with spruced up buildings, paved walkways became a symbol of Gotabhaya's efficiency.

His downside was attacking media personnel and crushing dissent under his brother’s presidency which culminated in Sri Lanka being subject to UN Human Rights Council resolutions.

"We all know who was the architect of the white van culture,"  Ajith P Perera, a leading Premadasa backer said.

The dreaded white van blamed on the disappearances of media personnel during Rajapaksa's presidency.

Gotabhaya, from Sri Lanka People's Front, to his advantage has the image a man who is most trusted to safeguard national security after the Easter Sunday bombings on April 21 by the Jihadi group which killed over 270 people.

"We want him to tackle the threat of Muslim militancy and ensure national security," Shalani Perera, a first time voter said.

Dissanayake banks on blunders made by the major parties over the last 70 years since Sri Lanka gained independence.

"Both have shown they are incapable of handling any of your issues, they are both corrupt," Dissanayake told campaign rallies.

The NPP who is dominated by Dissanayake’s Marxist JVP has the unsavory legacy of two bloody rebellions, in 1971 and 1987-90.

Since the late 90s they have campaigned extensively on good governance and anti-corruption platforms. They stood well against last year’s constitutional coup when President Sirisena dismissed the government unconstitutionally.

After the Supreme Court's intervention, Wickremesinghe was reinstated.