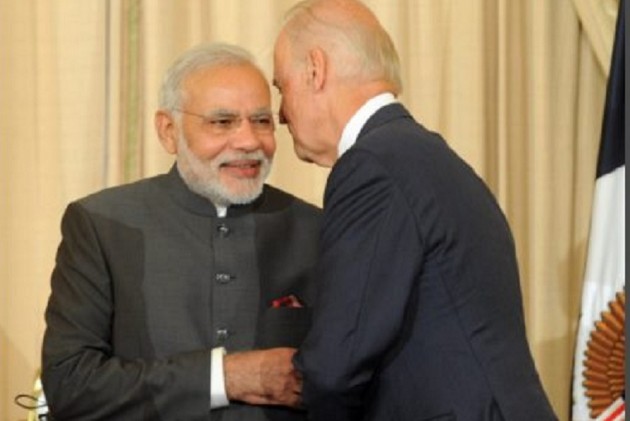 India is now part of a second quadrilateral grouping, this time in West Asia. India, US, Israel, and the UAE are together in a new economic forum with the stated aim of promoting trade, maritime and energy security, and fighting climate change. A few years ago such a quadrilateral would have been unthinkable, but since ties between Israel and Sunni Arab states have immensely improved, resulting in the signing of the Abraham Accords, this is the new reality of the region.

The Abraham Accords between Israel and the UAE, and with Bahrain, worked out during Donald Trump’s term as US President has brought a sea change to the situation in West Asia. Before this, Israel and the Arab states, despite being neighbours, had no diplomatic ties with each other. Saudi Arabia, which many expected would also join in, had deferred the decision as the custodian of Sunni Islam’s holiest shrines Mecca and Medina, King Salman, was being extra cautious. Crown prince MBS is said to have been keen, but was overruled by his father.

India has good bilateral ties with all the Gulf Kingdoms. Trade links between the Arab states and India has existed for centuries, and relations have never been bad as many Indians live and work in the region. Political ties, however, were lukewarm. In the past, Saudi Arabia, the UAE etc were seen as pro-Pakistan, which is also a Sunni Muslim nation. Today all that has changed.

Since coming to power in 2014, Prime Minister Narendra Modi has worked at transforming political ties with the region. He has done so successfully, while at the same time promoting excellent relations with Israel. The decision to engage with the Gulf region multilaterally will help New Delhi to expand its role beyond its neighbourhood and gradually enter the global stage. It will also help to further strengthen its ties with the US in the international arena.

There are pitfalls too, which India has to avoid. The Gulf region is a political quagmire and New Delhi should not be sucked into the regional rivalries here. The most important challenge will be Iran, the largest Shia power in the region.

The Sunni countries have long viewed Iran, more so after the Iranian revolution in 1979, as an existential threat. Sunni countries like Saudi Arabia and the UAE share Tel Aviv’s fear of Iran acquiring nuclear weapons. Both Israel and the Sunni powers regard Iran as a major threat to stability in the region. All these countries had condemned the nuclear agreement worked out during Barak Obama’s second term among Iran, the US, France, the UK, Russia, China and Germany. All of them applauded Trump when he walked out of the nuclear deal with Iran. Israel and the Gulf nations hope that nuclear negotiations with Iran won’t be resumed.

For India, however, Iran is important, more so now with the American and NATO forces out of Afghanistan. In the past few months, New Delhi has been reaching out to Iran. Foreign minister Subramanyam Jaishankar has visited Tehran twice since President Ebrahim Raisi won the elections earlier this year. India’s challenge is to ensure its close multilateral cooperation with the US, Israel and the UAE does not come in the way of bilateral relations with Iran.

The situation in Afghanistan directly impacts India’s security. After 20 years of excellent ties with Kabul, with the US out of Afghanistan, India finds itself isolated. Arch-foe Pakistan and its close friend China are in the driver’s seat. New Delhi has been desperately looking for friends in the region to counter this. Iran, despite reaching out to the Taliban and holding talks with them, is wary as Afghan Shias continue to be on the firing line. In the past, India, Russia and Iran had worked together to help Ahmad Shah Masood of the Northern Alliance fight the Taliban.

The Chabahar port project in Iran was to have been a diplomatic win-win situation as it tried to bypass Pakistan and increase trade with Afghanistan and the larger Central Asian region through the port. But crippling US sanctions had slowed down work. Today part of it is up and running, but hardly challenges the Gwadar port in Pakistan built and controlled by the Chinese. New Delhi will need to be careful so that its latest quad venture does not jeopardise ties with Iran.