Naval Activity Among Quad Members, France Should Be Conducive To Regional Peace: China

India and three other Quad member countries - the US, Australia and Japan joined France in kick-starting the three-day naval exercises in the eastern Indian Ocean 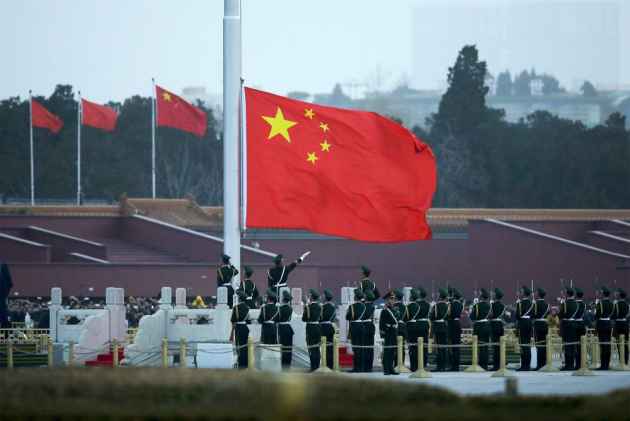 One day after Quad members, including India, joined France in a mega naval wargame in the Indian Ocean amid Beijing's aggressive actions in the region, China stated that military cooperation between countries should be conducive to regional peace.

On Monday, India and three other Quad member countries - the US, Australia and Japan joined France in kick-starting the three-day naval exercises in the eastern Indian Ocean. The move is in the reflection of the countries' growing maritime cooperation amid China's growing efforts to expand influence in the region.

The Indian Ocean, considered the backyard of the Indian Navy, is critical for India's strategic interests. China has been making concerted efforts to increase its presence in the region.

Quad A Significant Effort To Ensure Peace In Indo-Pacific Region: US Admiral, Lawmakers

Asked for his reaction to Quad alliance countries joining the French naval exercises 'La Perouse' amidst reports that the drills are aimed to contain and check China, Chinese Foreign Ministry spokesman Zhao Lijian on Tuesday reiterated Beijing’s stand that such cooperation should be conducive to peace in the region.

"I noted these reports. We always believe that military cooperation between countries should be conducive to regional peace and stability," he told a media briefing here.

During the drills, the Indian Navy ships and aircraft will exercise at sea with ships and aircraft of navies of France, Australia, Japan and the United States. Indian naval ships Satpura and Kiltan along with P-8I long-range maritime patrol aircraft are participating in multilateral exercises.

India has been expanding cooperation with navies of the US, Japan, Australia and France in the last few years.

"The exercise will showcase high levels of synergy, coordination and interoperability between the friendly navies," he said.

"Participation by the Indian Navy in the exercise demonstrates the shared values with friendly navies ensuring freedom of seas and commitment to an open, inclusive Indo-Pacific and a rules-based international order," Madhwal said.

China claims sovereignty over all of the South China Sea. Vietnam, Malaysia, the Philippines, Brunei and Taiwan have counterclaims.