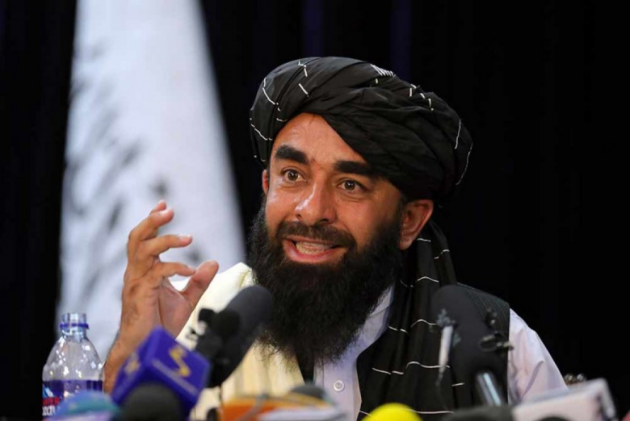 Taliban’s spokesman Zabihullah Maujahid has claimed that he lived in Afghanistan’s Kabul right under the nose of his adversaries, who considered him a ‘ghost-like’ figure during the war.

Mujahid appeared before the media for the first time in a decade at a press conference after the Taliban blitz in Afghanistan last month.

He also admitted that he studied at the Haqqania seminary in Nowshera in northwest Pakistan, which has also been dubbed the Taliban University or the 'University of Jihad' internationally.

"They (US and Afghan National Forces) used to think I did not exist," Mujahid told The Express Tribune newspaper in an interview.

"I escaped so many times from their raids and attempts to capture me that they seriously considered that ‘Zabiullah’ was a made up figure, not a real man who exists," the 43-year-old spokesman said.

"And yet, I managed to move about Afghanistan freely. I think this perception helped with that," he explained. "I lived in Kabul for a long time, right under everyone’s noses. I roamed the width and breadth of the country. I also managed to have first-hand access to the frontlines, where the Taliban carried out their actions, and up to date information. It was quite puzzling for our adversaries.”

Due to his shadowy appearance for years, there was speculation as to whether the faceless spokesman might actually be more than one person.

"The US forces would often pay off locals to obtain some information about my whereabouts. Using that information, like I said, they must have launched dozens of intelligence-based operations hoping to find some trace of me," he said. "But I never left or tried to – even think about try to leave Afghanistan."

Mujahid, who was born in the Gardez district of Paktia province sometime in 1978, said that he specialised in Islamic jurisprudence from the Haqqania seminary in northwest Pakistan.

Mujahid said he became the spokesman of the Taliban following the arrest of his predecessor. He also said that he had never seen the Taliban founder Mullah Umar. "But I have worked with Sheikh Mullah Mansoor, and Sheikh Hebatullah," he said, referring to Mullah Omar's successors.(With PTI inputs)