Israelis, Indian students and caregivers came together to offer tributes to the victims of the Mumbai attacks in Jerusalem, Rehovot and Tel Aviv on Wednesday. 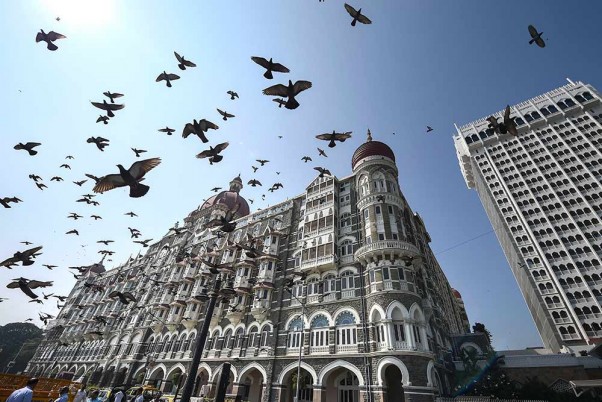 Israelis are holding ceremonies to pay respects to the victims of the 26/11 Mumbai terror attacks, demanding that the perpetrators of the carnage be brought to justice and condemning “Pakistan-sponsored terrorism”.

Israelis, and Indian students and caregivers paid respects to the victims in Jerusalem, Rehovot and Tel Aviv on Wednesday and ceremonies are planned in Beersheva and Eilat on Thursday.

A virtual ceremony on Zoom is also planned for Thursday at 8 PM Israel time (11:30 PM IST). Hundreds have registered to take part in the event.

“Israel opposes every country that provides financial and logistical support to terrorists. Peaceful countries should come together to boycott diplomatically and financially those countries that support terrorism. This will help deter acts of terror,” Isaac Solomon from the southern Israeli coastal city of Eilat told PTI.

“It is a matter of pride for us Israelis to have a peaceful country like India as our friend. We pray that our friendship continues to grow strong,” the octogenarian said.

Ten terrorists of Pakistan-based Lashkar-e-Taiba (LeT) carried out 12 coordinated shooting and bombing attacks lasting four days across Mumbai. At least 166 people, including six Jews at the Chabad House and nine terrorists, were killed and over 300 others were injured in the attacks which began on November 26, 2008.

Israelis in Eilat have requested that a memorial square be built for the victims of the Mumbai attacks.

“We have spoken to the Mayor of Eilat, Meir Itzhak Ha Levi, to set up a Memorial for the victims of Mumbai attacks. The Mayor said that he is on the committee which decides about street and square issues. He will be very happy to help,” representatives of the Sitar Organisation for Immigrant Jews in Eilat told PTI.

“In addition, he suggested to even set up an India-Israel friendship square or Mahatma Gandhi Square where a memorial stone for the victims of Mumbai attacks could also be placed,” they said.

The Chabad Movement’s Synagogue in the city will put up a plaque on Thursday in the memory of six Jewish victims.

The Telangana Association of Israel organised an interfaith ceremony to pay respects to the victims of 26/11. A Jewish Rabbi, a Hindu priest, a Christian pastor and a Sikh priest recited prayers in the memory of those who were killed in the attacks and for peace.

“We believe in peace but shouldn’t bow down to terror. Our policy of zero tolerance under Prime Minister Narendra Modi is a welcome change,” association president Ravi Soma told PTI.

Some 20 people from Telangana working in Israel gathered in Ramat Gan, next to Tel Aviv, as per permission granted to them in view of the coronavirus pandemic.

They carried posters and lit candles to pay respects to the victims of “the most heinous act of terror on Indian soil”.

Students at the prestigious Weizmann Institute in Rehovot also lit candles and held a silent protest to condemn “Pakistan-sponsored terror”.

“We have to learn from the Israelis and pre-empt attempts by Pakistan-sponsored terror outfits. We have to take the fight to their soil,” said an agitated doctoral fellow, Vivek Singh.

Students at Ben-Gurion University in Beer Sheva and local Israelis will be organising ceremonies on Thursday evening to mark the 12th anniversary of the Mumbai terror attacks.

Naor Gudker of Beersheva said, “26/11 for me is the ‘day of terror’ like 9/11. Its sponsor was Pakistan which targeted both India and Israel. It is not about religion but we would like the world to recognise the true face of Pakistan.

“Time has come for real peace in the world and the international community should come down heavily on such countries and organisations,” Beersheva said.

People participating in such gatherings held posters of victims, pictures of mayhem in Mumbai and flags of India and Israel.

“Terrorists from Pakistan, who perpetrated these horrific attacks hoped that by striking the places where our countries and people come together, they would succeed in driving us apart.

“But they failed miserably in their attempts as this actually brought the people and governments of India and Israel closer than ever before,” said Anitha Nandhini, deputy chief of mission at the Indian embassy.

“India and Israel are now strategic partners cooperating in several spheres, including against terrorism. Both countries are in agreement that there can be no justification for acts of terror on any grounds whatsoever.

“We thank Israel for standing with India in our endeavour of defeating this scourge,” she said.

The Indian Heritage Jewish Centre headed by Avner Isaac will organise a Zoom meeting at 8 PM on Thursday. Indian Ambassador in Israel Sanjeev Singla and Israeli Ambassador in India Dr Ron Malka will take part in the virtual event.

The 12th anniversary of the Mumbai terror attacks, as per the Jewish calendar, fell on Tuesday last week.