Iran's presidential election: With uncertainty surrounding Iran's efforts to restore its 2015 nuclear deal and growing hardship at home as a result of years of US sanctions, Iranian observers see voter turnout as a referendum on the leadership's handling of a variety of crises. 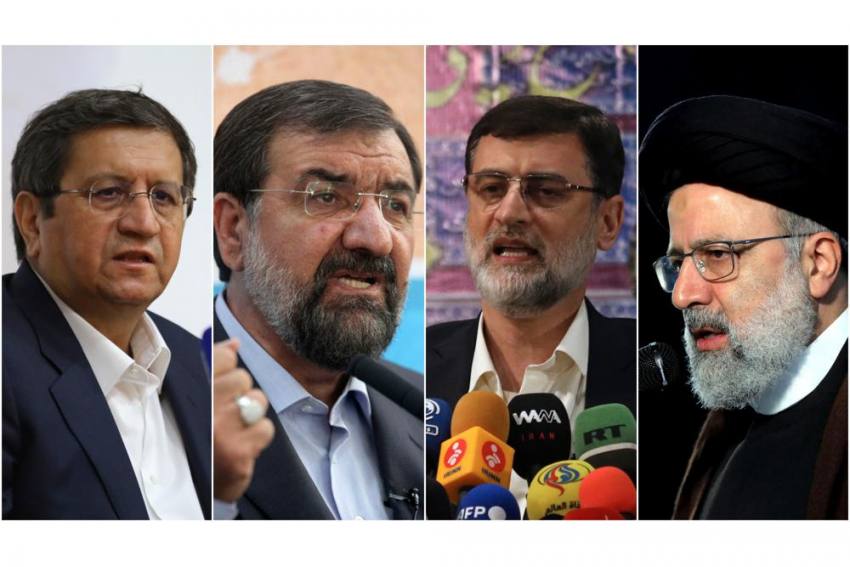 This combination of four photos shows candidates for the June 18, 2021, Iranian presidential elections from left to right; Abdolnasser Hemmati, Mohsen Rezaei, Amir Hossein Ghazizadeh Hashemi and Ebrahim Raisi. Iranians will vote Friday on who should be the country's next president amid tensions with the West over its tattered nuclear deal with world powers.
AP Photo
Associated Press (AP) 2021-06-18T10:52:44+05:30 Iran Presidential Elections: Polls Tipped In Favour Of Hardliner Ebrahim Raisi 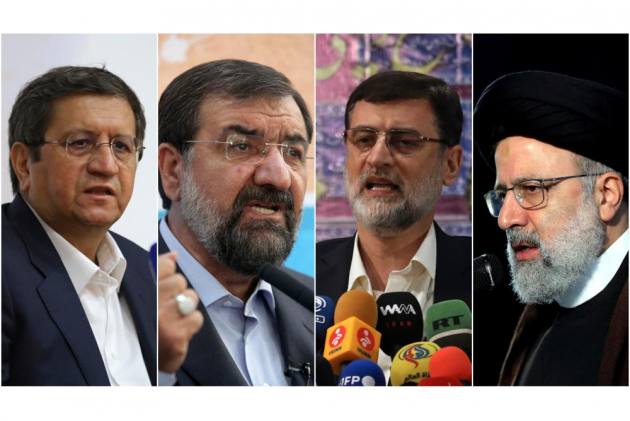 Iran began voting Friday in a presidential election tipped in the favour of a hard-line protege of Supreme Leader Ayatollah Ali Khamenei, fuelling public apathy and sparking calls for a boycott in the Islamic Republic.

Former Central Bank chief, Abdolnasser Hemmati, is running as the race's moderate candidate but hasn't inspired the same support as outgoing President Hassan Rouhani, who is term limited from seeking the office again.

If elected, Raisi would be the first serving Iranian president sanctioned by the US government even before entering office over his involvement in the mass execution of political prisoners in 1988, as well as his time as the head of Iran's internationally criticised judiciary — one of the world's top executioners.

It also would firmly put hard-liners in control across the Iranian government as negotiations in Vienna continue over trying to save Tehran's tattered nuclear deal with world powers as it enriches uranium to the closest point yet to weapons-grade levels.

Tensions remain high with both the US and Israel, which is believed to have carried out a series of attacks targeting Iranian nuclear sites and assassinating the scientist who created its military atomic programme decades earlier.

Polls opened at 7 am local time for the vote, which has seen widespread public apathy after a panel under Khamenei barred hundreds of candidates, including reformists and those aligned with Rouhani. Khamenei cast the ceremonial vote from Tehran.

There are more than 59 million eligible voters in Iran, a nation home to over 80 million people. However, the state-linked Iranian Student Polling Agency has estimated a turnout of just 42 per cent, which would be the lowest ever since the country's 1979 Islamic Revolution.