Attempts to paint this incident as a communal issue are patently motivated. Most importantly, the Gurdwara remains untouched and undamaged, Pakistan foreign office said. 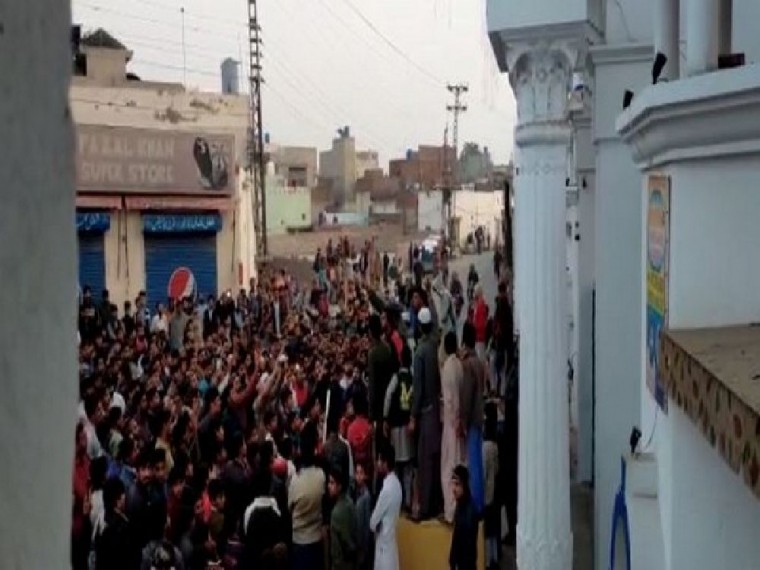 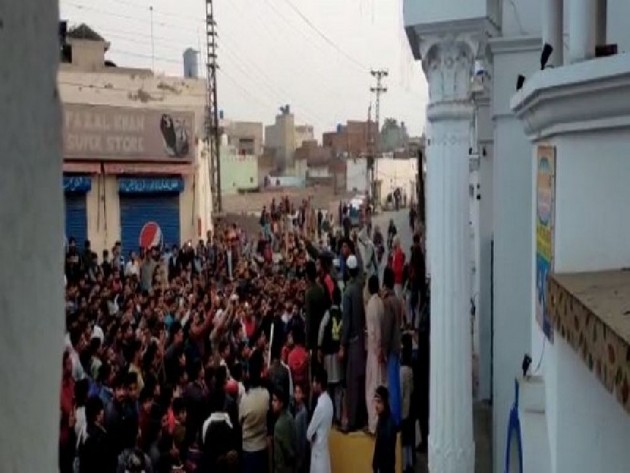 A group of people, led by the family of a Muslim man who married a Sikh teenager, held a day-long sit-in outside Gurdwara Janamesthan Nanakana Sahib near Lahore on Friday to protest the arrest of their relatives who were held for alleged forced conversion of the girl, police said.

Gurdwara Nankana Sahib, also known as the Gurdwara Janam Asthan, is the site where the first Guru of the Sikhs, Guru Nanak, was born. It is regarded as one of the holiest Sikh sites.

According to police, the man named Hassan married 18-year-old Jagjit Kaur in September last year after abducting her and converting her to Islam.

According to some Indian media reports, a mob attack took place at the shrine. The reports suggested that hundreds of angry residents at Nankana Sahib pelted the Sikh pilgrims with stones on Friday

India's External Affairs Ministry said members of the minority Sikh community in Pakistan have been subjected to acts of violence at the holy city of Nankana Sahib.

"India strongly condemns these wanton acts of destruction and desecration of the holy place. We call upon the government of Pakistan to take immediate steps to ensure safety, security, and welfare of the members of the Sikh community," the MEA said in a statement.

"Strong action must be taken against the miscreants who indulged in the desecration of the holy Gurdwara and attacked members of the minority Sikh community," it said.

In a tweet, Singh appealed to Pakistan Prime Minister Imran Khan to ensure that the devotees stranded at the gurdwara are rescued from the mob. SAD chief Sukhbir Singh Badal urged Prime Minister Narendra Modi to take up the issue with his Pakistani counterpart.

"The family members of Hassan on Friday held a sit-in outside Gurdwara Janamesthan Nanakana Sahib against the arrest of some of their relatives on the dispute over the Sikh girl," Evacuee Trust Property Board spokesperson Amir Hashmi said.

Replying to a question on reports in the Indian media about the country strongly condemning the vandalism at the revered gurdwara, Hashmi claimed, "The protesters remained peaceful. They ended the demonstration after police released a detained person."

Union Minister Hardeep Singh Puri said the incident gave proof about the state of minorities in Pakistan to those opposing the Citizenship (Amendment) Act (CAA), which will grant citizenship to non-Muslim refugees from the country.

"This was a wanton act of vandalism, stone-pelting and desecration against one of the holiest Sikh shrines. Those who have taken a stand on the Citizenship Amendment Act clearly either do not realise what they are saying or this is deliberately misleading or treachery," said Puri.

"If any proof were needed about the state of the minorities in Pakistan, this incident after the Friday prayers yesterday provided that proof," he said.

Pakistan's Foreign Office in a midnight statement said the provincial authorities in the Punjab province have informed that there was a scuffle in the city of Nankana Sahib on Friday between two Muslim groups.

The altercation happened on a minor incident at a tea-stall and the District Administration immediately intervened and arrested the accused.

"Attempts to paint this incident as a communal issue are patently motivated. Most importantly, the Gurdwara remains untouched and undamaged. All insinuations to the contrary, particularly the claims of acts of ‘desecration and destruction’ and desecration of the holy place, are not only false but also mischievous,” said the FO.

Meanwhile, a local correspondent of a Pakistani English daily said that the Pakistani Sikhs, who were present at the gurdwara to celebrate the birth anniversary of Guru Gobind Singh "got panicky" over the Muslim's demonstration outside the shrine. They thought that the protesters might attack it.

"The protesters also blocked the main road leading to the gurdwara, causing disruption of traffic for several hours," he said.

However, a contingent of police reached the site and secured the gurdwara premises.

A police official said they had only summoned some of the family members of Hassan in connection with the FIR registered against them.

The FIR earlier was reported to have been sealed after Punjab Governor Chaudhry Sarwar claimed to have amicably resolved the matter.

The issue snowballed into a controversy after the girl's family Jagjit Kaur in a video message, that went viral, claimed that she was abducted and forcibly converted to Islam.

'World Can't Afford Another War In Gulf': Says UN Amid Calls For De-Escalation After Soleimani Killing