Started on March 20, the email is flooded with chains of complaints on sexual harassment, ranging from sexist remarks during work trips, to being asked to sit on a co-worker’s lap in front of a human resources leader. 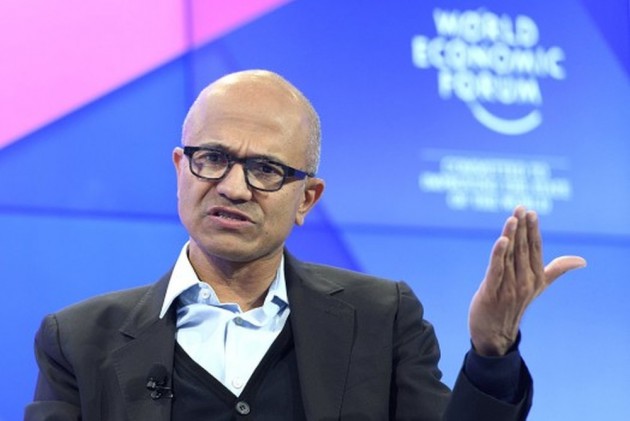 Microsoft CEO, Satya Nadella has said the company is bringing in sweeping changes in its HR practices, to look into complaints of sexual harassment and discrimination at the workplace.

The letter came in the wake of an email chain full of sexual harassment claims by women employees.

In a letter to the employees obtained by Quartz, Nadella on Monday said the tech giant would create a new "Employee Advocacy Team".

Started on March 20, the email is flooded with chains of complaints on sexual harassment, ranging from sexist remarks during work trips to being asked to sit on a co-worker’s lap in front of a human resources leader.

"I'm disappointed to hear about any behaviour in our workplace that falls short of the diverse and inclusive culture we are striving to create. But I'm encouraged that people feel empowered to speak up and demand change. I want all of us to learn and act on this feedback," Nadella wrote.

According to an account, of one female Microsoft employee in the email chain, an employee of a partner company threatened to kill her if she refused to perform implied sexual acts.

The employee said she had raised an alarm, but HR and the management did nothing to assuage her concerns.

Another employee alleged that while she was working as a "Microsoft Partner”, a senior level person in the organization, she was asked to sit on a co-worker's lap.

"As a Microsoft Partner, was asked to sit on someone's lap twice in one meeting in front of HR and other executives," she wrote, adding that no one objected to the demand.

Nadella said the company would provide additional support and more information for employees who raise complaints about employee behaviour.

"HR is also creating a new Employee Advocacy Team that will focus exclusively on assisting employees going through a workplace investigation, including helping employees understand the process, guiding them through investigations and following up after investigations are finished to check in on the employees involved”,  the Microsoft CEO informed.

"When an investigation is finished, we will provide to a manager both a factual conclusion about the findings and the range of expected discipline," Nadella said.

This is not the first time Microsoft faced scrutiny for sexual harassment claims.

According to a class action lawsuit filed in March 2018, the software giant did not take seriously 238 cases of sexual harassment or discrimination between 2010 and 2016.