The case against Asif Ali Zardari pertains to the use of alleged fake bank accounts to keep money and transferring it out of Pakistan. 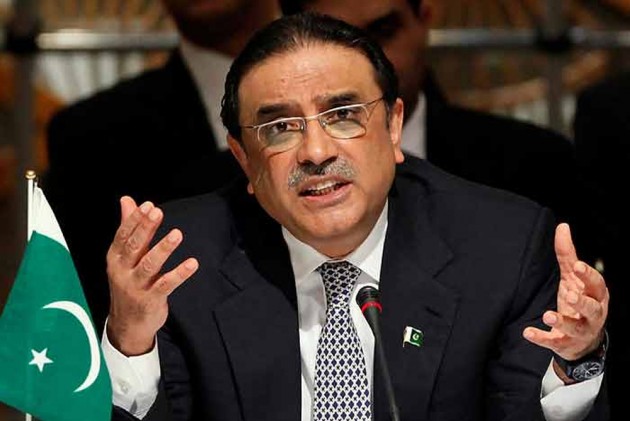 Pakistan's former president Asif Ali Zardari was arrested on Monday from his residence in Islamabad in the fake bank accounts case by the country's top anti-corruption body, officials said.

A National Accountability Bureau (NAB) team accompanied by police, including female officials, entered the PPP co-chairman's house in F-8 sector in Islamabad, after the City High Court rejected an application seeking extension in the pre-arrest bails of Zardari, and his sister Faryal Talpur in the case.

However, his sister Faryal was so far not arrested.

The arrest warrants were issued on Sunday by the NAB, the anti-corruption watchdog, which is probing them in the fake bank accounts case.

The case pertains to the use of alleged fake bank accounts to keep money and transferring it out of Pakistan.

According to the NAB officials, the duo made transactions of Rs 150 million through alleged fake bank accounts.

The cases against Zardari are part of the investigations being conducted by NAB, in pursuance of the Supreme Court’s verdict in the money laundering of billions through fake accounts case.