Dosanjh also asks farmers to be patient and peaceful in their agitation. 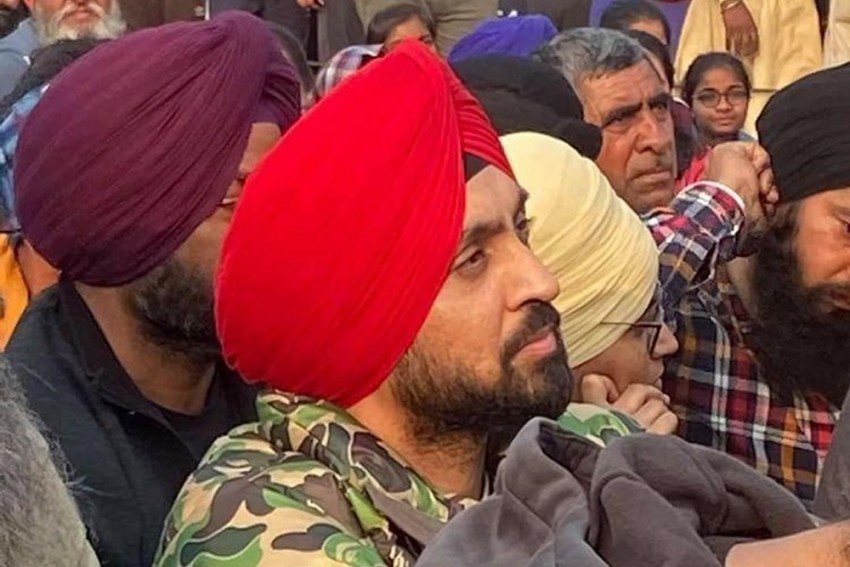 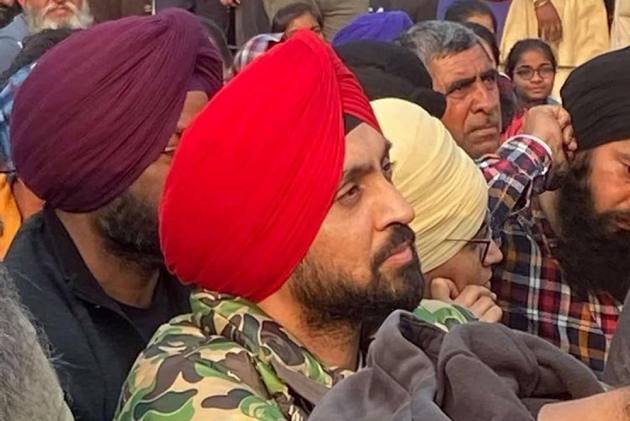 Punjabi star Diljit Dosanjh on Saturday joined the farmers' protests at Delhi's Singhu border and asked the demonstrators to be patient and peaceful in their agitation and requested the government to accept their demands.

Days after engaging in a bitter Twitter fight with actor Kangana Ranaut over the farmers' agitation, Dosanjh went to the protest site and initially sat among the crowd and listened to the speeches by other leaders.

The 36-year-old actor then took the stage and started his address in Punjabi.

"I am not here to talk but only listen. You people are creating history once again. I used to listen to stories that Punjabis are full of energy but I'm witnessing it for the first time," Dosanjh said.

To the agitating farmers, his message was: be patient and peaceful in your protests.

"This is the only way we can win this fight. Stories of these days will definitely be told in future," he said, while thanking the people who joined the protest from Haryana.

The "Udta Punjab" actor then turned to Hindi for the convenience of media persons present at the site.

Referring to his ugly war-of-words with Ranaut, Dosanjh said unlike the narrative being spread on Twitter, the farmers' agitation has been "peaceful".

"If you are listening to us, there's no other issue than that of farmers being talked about here. Please don't divert issues. The government should accept the demands of the farmers.

"Everyone is sitting here peacefully, no one is talking about 'khoon-kharaba.' On Twitter, a lot of things happen, everything's twisted," he said.

Dosanjh and Ranaut were involved in a bitter social media fight on Thursday over her comments against an elderly participant in the farmers' protest.

The fight started after Ranaut misidentified the woman farmer as Bilkis Bano, a septuagenarian who had attracted international attention for her participation in the anti-CAA protests earlier this year at Delhi's Shaheen Bagh neighbourhood.

In response, Dosanjh had shared a BBC interview that identified the woman farmer as Mahinder Kaur.

In the vitriolic exchange that followed, Ranaut called Dosanjh filmmaker Karan Johar's "pet", a "bootlicker" and asked if he wasn't ashamed of defending somebody who "instigated" the Delhi riots earlier this year.

Dosanjh, a popular name in Punjabi films who shot to national fame with the 2016 drug drama "Udta Punjab", in turn accused Ranaut of lying and instigating people by playing with people's emotions.

In his address, the actor said that he was touched by the overwhelming support the farmers have received from across the country.

"We request with folded hands to the national media, to show how all of us are sitting peacefully. The entire country is with us today, do listen to us and hope the government accepts our demands," he added.

Undeterred by the winter chill, thousands of farmers have stayed put at various border points of Delhi since November 26 as part of their protest against the Centre's farm laws.