Home  »  Website  »  International  »  Debris From ‘Out-Of-Control’ China Space Rocket To Fall Back To Earth – But Where?

Debris From ‘Out-Of-Control’ China Space Rocket To Fall Back To Earth – But Where? 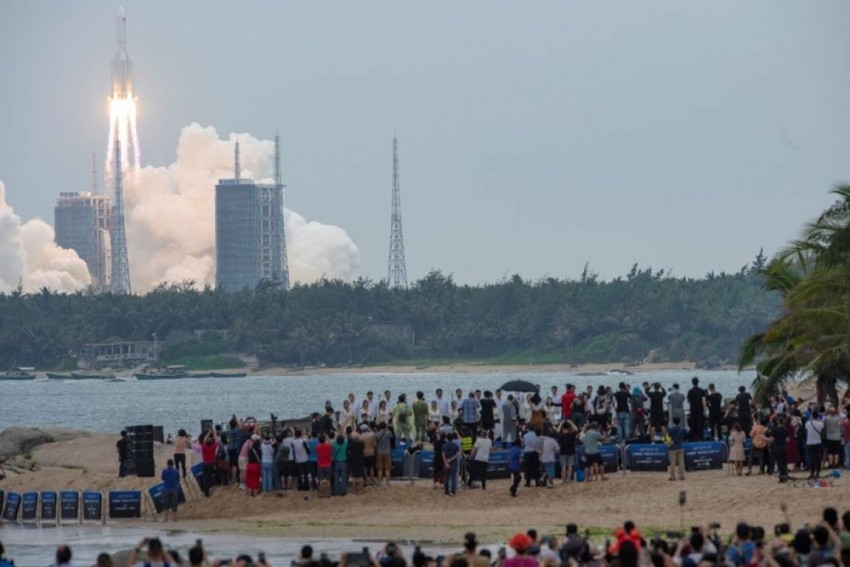 People watch from a beach as the Long March-5B Y2 rocket, carrying the core module of China's space station Tianhe, takes off from Wenchang.
Reuters
Outlook Web Bureau 2021-05-07T14:04:07+05:30 Debris From ‘Out-Of-Control’ China Space Rocket To Fall Back To Earth – But Where? 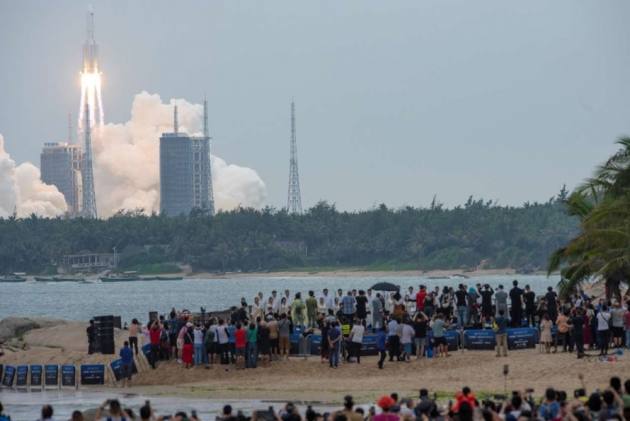 The US Department of Defence has said it is tracking the Chinese Long March 5B-rocket that is out of control and set to re-enter Earth's atmosphere this weekend. The core of the Chinese Long March 5B rocket carried the "core module" of the country's space station into low Earth orbit last week. But after that mission was complete, the rocket appears to have fallen into an orbit that could see it plunge towards the Earth.

The Chinese Long March 5B rocket is expected to enter earth's atmosphere "around May 8," the report quoted a statement from Defence Department spokesperson Mike Howard, who said the US Space Command is tracking the rocket's trajectory.

The rocket's "exact entry point into the earth's atmosphere" can't be pinpointed until within hours of re-entry, Howard said, but the 18th Space Control Squadron will provide daily updates on the rocket's location through the Space Track website.

The rocket was used by China to launch part of its space station on Thursday. While most space debris objects may burn up in the atmosphere, the rocket's size -- 22 tonnes -- has prompted concern that large parts could re-enter and cause damage if they hit inhabited areas.

Jonathan McDowell, an astrophysicist at the Astrophysics Centre at Harvard University told CNN, "I don't think people should take precautions. The risk that there will be some damage or that it would hit someone is pretty small -- not negligible, it could happen -- but the risk that it will hit you is incredibly tiny. And so I would not lose one second of sleep over this on a personal threat basis," he said.

Hong Kong-based South China Morning Post quoted him as saying that “we don’t know where” the re-entry would take place. “(It would be) at worst like a small plane crash but stretched out in a line over hundreds of kilometres”.

The debris is “under close watch” and is likely to fall back to earth in international waters, the Post quoted a source with knowledge of China's space programme.

It was uncertain how many fragments would remain after re-entry, he said, “but enough to cause damage”.

Industry news site SpaceNews said the “more likely possibility” was that the core stage would fall in an uninhabited area or in an ocean.

Song Zhongping, a former instructor of the Chinese military’s rocket corps, said the debris would fall in a safe place such as international waters or an uninhabited part of the country.

Last year, the re-entry debris from the first Long March 5B flight fell on the Ivory Coast damaging several homes in villages. It was the largest craft to crash to earth since the US space laboratory Skylab scattered debris over the southern Australian town of Esperance in 1979, the Post report said.

Once finished, the structure will have a mass of about 100 tonnes, about a quarter of the size of the International Space Station, (ISS), which is 15 years old and expected to be decommissioned in the coming years.

After that, the Tiangong is expected to be the only space station operating in near-earth orbit by the end of the decade.