Coronavirus Pandemic: Infection Rate Slows Down In Italy, But Deaths Continue To Mount

Thursday's data also showed a sudden jump in deaths in regions with big cities such as Naples in the south and the capital Rome in the centre of the country. 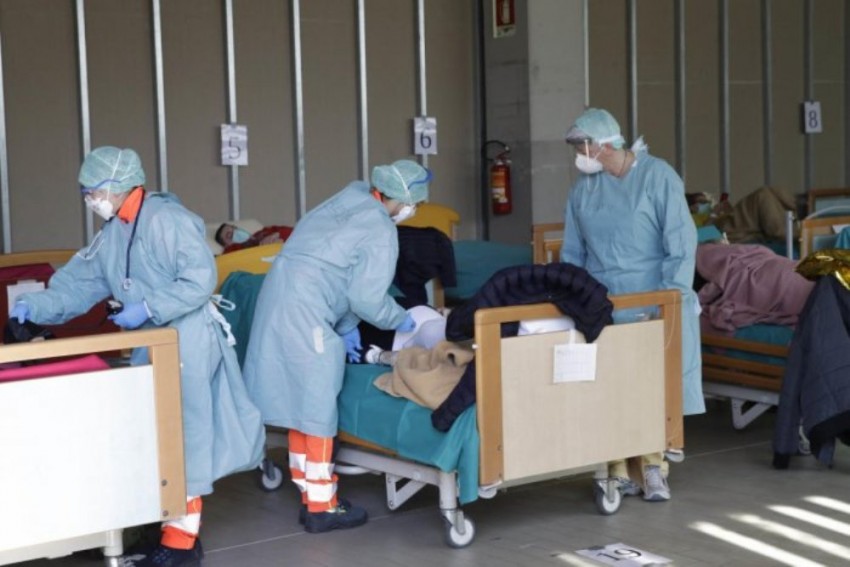 Doctors attend to patients at a hospital in Italy. (AP/PTI)
AFP March 26, 2020 00:00 IST Coronavirus Pandemic: Infection Rate Slows Down In Italy, But Deaths Continue To Mount 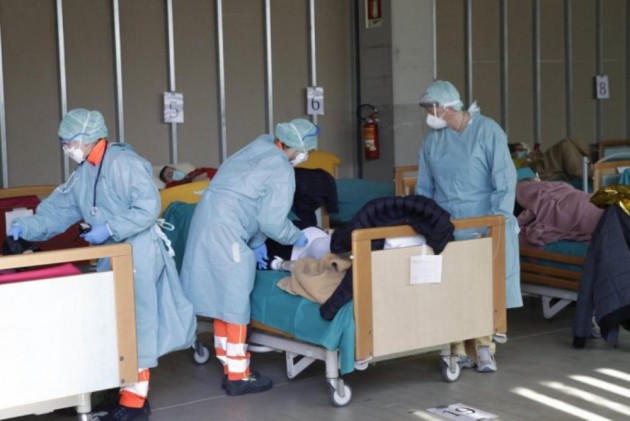 Italy's coronavirus infections rate slowed for a fourth successive day Wednesday as further evidence emerged that a painful long lockdown against the pandemic was finally working.

But Thursday's data also showed a sudden jump in deaths in regions with big cities such as Naples in the south and the capital Rome in the centre of the country.

Health officials reported 683 fatalities across the nation of 60 million -- largely in line with the numbers over the past four days.

The overall rise in daily deaths among confirmed COVID-19 cases slowed to 10 percent.

The figure was the smallest since February 27.

The daily infection rate fell to a record low of 7.5 percent.

"The slowdown in the (infections) growth rate is extremely positive," he told Italy's Capitale radio.

The government-run National Research Council said that 57 out of Italy's 107 provinces have already hit their peak of the virus spread.

The numbers are improving "and the containment measures are delivering the desired effect, even if we are in the initial phase of the slowdown," the research council said.

Italy's data are being watched by global policymaker as they weigh the potential health benefits of imposing national lockdowns against their damaging economic side effects.

"The next 3-5 days are key to seeing if Italy's lockdown measures are having an impact and if the US will diverge or follow the Italian trajectory," the Morgan Stanley investment bank wrote on Tuesday.

"We do note, however, that the number of mortalities has slowed from an exponential increase since the lock down began," the bank said.

There were still worrying signs in regions such as Campania around Naples and Lazio around Rome.

COVID-19 deaths in Campania around the city of Naples rose from 49 on Monday to 74 on Wednesday.

For around Rome, they went up from 63 on Monday to 95 on Wednesday.

Deaths in the northern Piemonte region around the industrial city of Turin rose from 315 on Monday to 449 on Wednesday.

The figures for all three regions represent jumps of around 50 percent in two days.

Coronavirus: With 738 Deaths In A Day, Spain Overtakes China's Toll