The Democratic Congressman says, 'It would also fit the pattern of their conduct in the South China Sea, where they build islands, where they try to change the facts.' 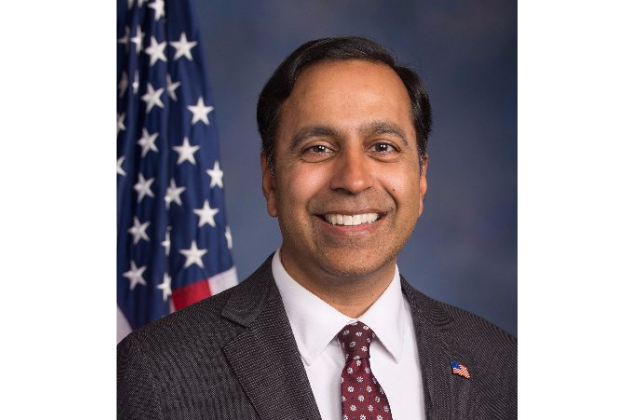 An influential US lawmaker has expressed concern over reports of China's continuing construction activities along the Indian border in Ladakh, saying if the reports are true, it is a "provocative measure" on the part of Beijing and fits the pattern of its conduct in the South China Sea.

India and China have been locked in a military standoff, which began in May, along the Line of Actual Control (LAC) in eastern Ladakh.

Armies of both countries have deployed a large number of troops along the LAC. Multiple rounds of talks between the two sides to resolve the standoff have not yielded any concrete outcome.

"If it (reports) turns out to be true, it would be yet another provocative measure by the Chinese military to change the facts on the ground," Democratic Congressman Raja Krishnamoorthi told PTI.

"It would also fit the pattern of their conduct in the South China Sea, where they build islands, where they try to change the facts as we previously understood them, and they would be deeply disturbing, to say the least," said Krishnamoorthi, who is the first-ever Indian-American to be on the US House Permanent Select Committee on Intelligence.

The Congressman from Illinois said reports including satellite images are his source of information about Chinese construction activities.

Krishnamoorthi, who was recently re-elected to the House of Representatives for the third consecutive time, said the US stands with India.

"I have to say that we currently in the US Congress, but also the Trump and the incoming Biden administration, stand by our Indian partners and the Indo-Pacific region," he said.

The recently concluded Malabar exercise of QUAD countries -- India, Japan, Australia and the United States -- is a signal that the democracies in the Indo-Pacific region will continue to stand with each other and push for a rules-based international order, the Congressman said.

Responding to a question, Krishnamoorthi said US President-elect Joe Biden has been a longtime friend of India, and he along with Indian-origin vice president-elect Kamala Harris will stand with New Delhi.

"I think his selection Kamala Harris only cements a relationship given her own Indian roots. Secretary of State-nominee Anthony Blinken is also a longtime friend of India. He knows the region extremely well. I trust that incoming Secretary Blinken is going to take the relationship to new heights, along with President Biden and vice president Harris," he said.

"They are going to continue the approach that has largely been taken by Democratic and Republican presidents, which is we stand with India in the region, and opposing any kind of militaristic action on the part of any neighbour, including China," he added.

Krishnamoorthi also said addressing Covid-19 needs to be the number one priority for India and the US.

"A global health partnership that involves India, the United States, and all of our partners and allies around the world, and others, is crucial for defeating the pandemic," he said.

"I'm confident it's going to happen, especially with Joe Biden as one of the world's premier preeminent leaders pushing this change.

"I also am glad that he and his administration will once again engage with the WHO and the World Health Organisation will play an important part in distributing vaccines and the logistics of killing this virus. That's the number one priority for both of our countries. I really look forward to the partnership that emerges on that front," he said.

The US has the highest number of coronavirus infections in the world, followed by India.

The US's death toll is now more than 264,000. And nearly another 60,000 people could lose their lives over the next three weeks, according to an ensemble forecast published by the US Centers for Disease Control and Prevention (CDC) this week.

India's Covid-19 tally stood at 93,51,109 on Saturday. A total of 1,36,200 people have succumbed to the contagious respiratory disease in the country.