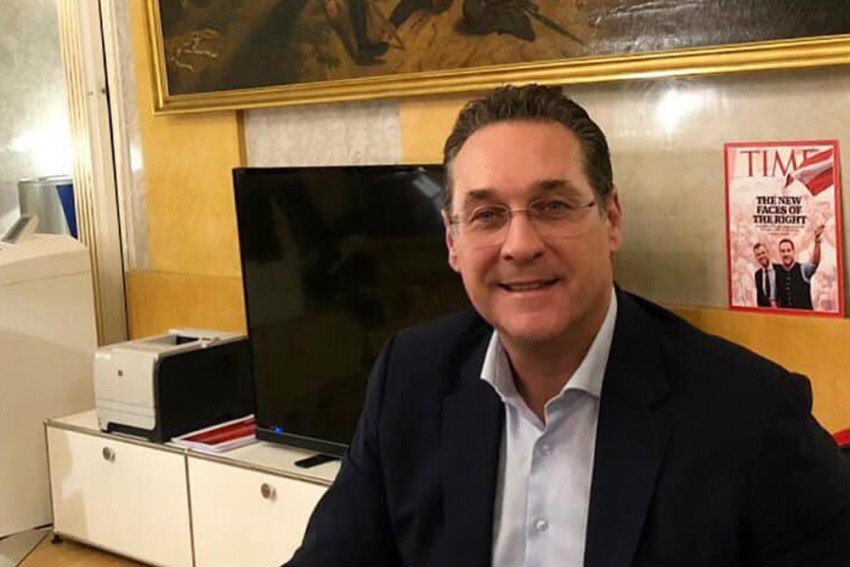 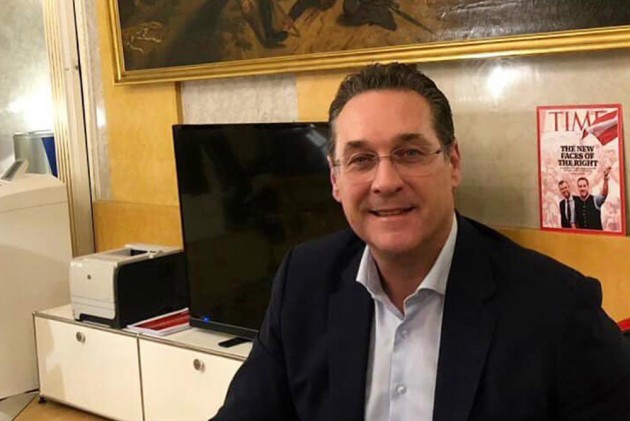 Germany's Der Spiegel and Sueddeutsche Zeitung published hidden-camera recordings of a sting operation they say took place in a luxury villa on the island of Ibiza a few months before 2017's parliamentary elections in Austria.

In the recordings Strache and his party's group leader in parliament Johann Gudenus are seen discussing with a woman purporting to be the niece of a Russian oligarch how she can invest in Austria.

She says she specifically wants to gain control of the country's largest-circulation tabloid, the Krone Zeitung.

Strache is seen suggesting that new owners could make staff changes at the Krone and use the paper to help his Freedom Party (FPOe) in its election campaign.

He goes on to suggest the woman would then be able to gain access to public contracts.

According the newspapers, Strache says that there would be no resistance among the Krone's editorial staff as "journalists are the biggest whores on the planet".

Both the newspapers that published the footage say they don't have any firm information over who set up the elaborate sting.

Chancellor Sebastian Kurz is due to give a press conference on Saturday morning where he will give his reaction to the scandal.

He has already admitted the meeting took place but denies any wrongdoing.

He told the Sueddeutsche Zeitung that "a lot of alcohol was consumed as the evening progressed" and that there was a "high language barrier" during the conversation.

Despite Strache's denials, Austrian commentators are almost unanimous in declaring that Strache's and Gudenus's careers are as good as over.

The Krone Zeitung takes a particularly outraged tone, with its Saturday edition sporting a banner headline reading "The FPOe is done for!".

The Die Presse newspaper also talks of a "coalition on the brink".

The Austrian APA agency reports FPOe party sources as saying they want to try to save the coalition with Kurz's centre-right People's Party (OeVP) by replacing Strache as vice-chancellor with Transport Minister Norbert Hofer, also from the FPOe.

The main opposition Socialist Party (SPOe) has demanded both Strache and Gudenus resign, calling the allegations "the biggest scandal" of Austria's post-war republic.

Elsewhere in the video Strache evokes the possibility of privatising part of Austria's public broadcaster ORF and says he would like Austria's media landscape to resemble that in neighbouring Hungary.

Hungary's right-wing nationalist Prime Minister Viktor Orban has overhauled the country's public media into a government propaganda organ while allies have steadily bought up swathes of the private media sector.

The FPOe has mounted repeated attacks on the ORF's coverage, accusing it of being biased against the party.

Strache also appeared to hint at possible ways political donations could be made to a foundation linked to the FPOe and not to the party directly, apparently in order to escape legal scrutiny.

In recent weeks Kurz has already had to defend his decision to enter government with the far-right after a string of revelations about extremist sympathies in the FPOe's ranks.

The putative link to Russia in the scandal is particularly embarrassing as the FPOe has a cooperation agreement with Russian President Vladimir Putin's United Russia party, leading many to accuse the FPOe of an overly close relationship with Moscow.

The FPOe's lead candidate in next week's elections, MEP Harald Vilimsky, cancelled a planned trip to Milan on Saturday where he was due to take part in a campaign event with far-right Italian Interior Minister Matteo Salvini.

Strache, 49, succeeded the mercurial Joerg Haider as leader of the party in 2005.

He himself flirted with neo-Nazism in his youth, but as leader sought to clean up the party's image and make it more electable.