After UAE, Bahrain To Normalise Relations With Israel 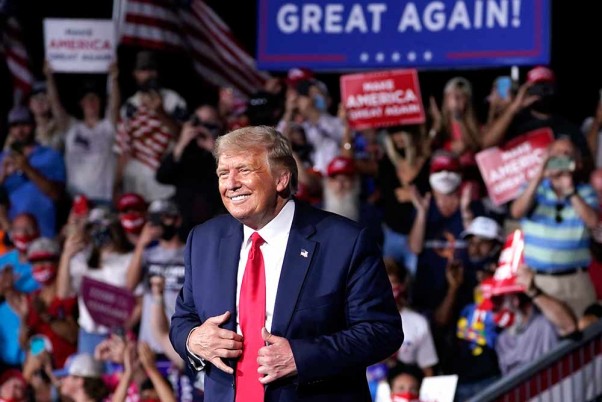 US President Donald Trump on Friday brokered another "peace deal" in the Middle East with Bahrain announcing that it would normalise diplomatic ties with Israel. While speaking to reporters at the White House, Trump said that “Bahrain has decided to fully normalise its diplomatic relations with Israel.” This announcement comes just a month after the United Arab Emirates (UAE) and Israel also announced a similar agreement. Leaders of the UAE and Israel are scheduled to finalise their agreement at the White House next week.

Trump hosted a historic call between Prime Minister Benjamin Netanyahu of Israel and King Hamad bin Isa Al Khalifa of Bahrain and is being credited with mediating both the deals.
Bahrain and Israel are expected to exchange embassies and ambassadors, allow direct flights between the two countries and launch cooperation initiatives across a broad range of sectors, including health, business, technology, education, security, and agriculture. In the light of brokering the deal, Trump said “it was a truly historic day.”

Joint Statement of the United States, the Kingdom of Bahrain, and the State of Israel pic.twitter.com/xMquRkGtpM

Observing that there have been only two "peace agreements" with Israel in the last 72 years, Trump said that this is now the second peace agreement that he has announced in the last month. “And I am very hopeful that there will be more to follow,” he said, adding that there's tremendous enthusiasm on behalf of other countries to also normalise relations with Israel. “And we think, ultimately, you'll have most countries join, and you're going to have the Palestinians in a very good position. They want to come in-- they're going to want to come in because all of their friends are in. We have tremendous enthusiasm for coming into the deal,” Trump remarked.

The US Ambassador to Israel, David Friedman, said that Trump's policy of “peace through strength” has changed the world profoundly for the better. Commenting on the developments, Trump’s son-in-law and special advisor Jarred Kushner said, “it took Israel 72 years to form the first two peace agreements with Jordan and Egypt. And then, in the last 29 days, we now have two more peace agreements, which shows that the region is really changing.” Kushner also announced that Bahrain’s foreign minister will also be present during the signing of the peace agreement between the UAE and Israel at the White House next week.

Describing this as a historic agreement, U.S. Secretary of State Mike Pompeo remarked that President Trump has fulfilled his promise to strengthen the Unites States’ ties with other countries while building new partnerships in the pursuit of peace. “From my recent travels to the region, there is clear momentum for a new Middle East. I thank King Hamad and Prime Minister Netanyahu for having the courage to change the fate of nations,” he said.