Deborah Lyons, the UN special representative for Afghanistan, called the incident deplorable and said the UN was in touch with both sides in the conflict to determine how the office came under fire 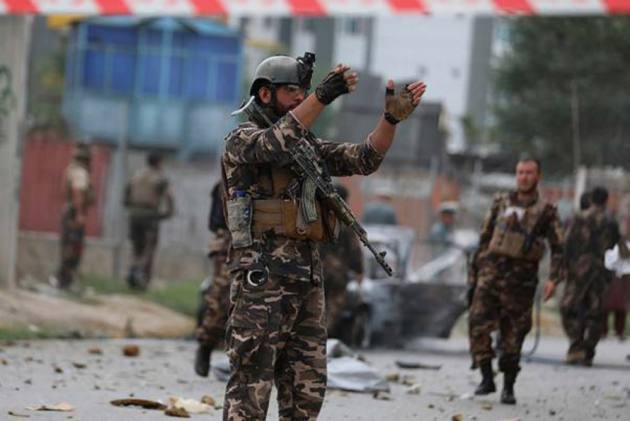 A UN office in western Afghanistan came under fire on Friday and one of its guards was killed as the Taliban and Afghan forces waged fierce battles in the area, the United Nations said.

The clashes were taking place in the district of Guzara in Herat province, about 10 kilometers (6 miles), from the Herat provincial capital. It wasn't immediately clear which side was responsible for the fire that hit the UN office.

Fighting has intensified across Afghanistan as the last US and NATO troops complete their pullout. The Taliban have overrun dozens of districts and seized several strategic border crossings.

Deborah Lyons, the UN special representative for Afghanistan, called the incident deplorable and said the UN was in touch with both sides in the conflict to determine how the office came under fire and by whom.

“The perpetrators of this attack must be identified and brought to account,” she said. “The UN is urgently seeking to establish a full picture about the attack and for this purpose is in contact with the relevant parties.”

Taliban spokesman Qari Yousuf Ahmadi released a statement saying the UN office was caught in the crossfire but that the “office was safe, and they should not have any concern. ”

The chairperson of Afghanistan's Independent Human Rights Commission, Shaharzad Akbar, tweeted that attacks against Un could amount to war crimes.

“Reading the news and my heart is burning,” she tweeted. “Thinking about everyone who is living in fear at this moment in Afghanistan. Every family that can't even plan for tomorrow. All the terrorized children. What has war brought us but misery, suffering, uncertainty & dependency?”

Expressing condolences to the bereaved family and wishing those injured a speedy recovery, Guterres reiterated the United Nations commitment to support the Government and people of Afghanistan in their efforts to achieve peace and stability.

For the past year, a resurgent Taliban have held sway over roughly half of Afghanistan. But since the announcement this spring that US and NATO troops would completely pull out of the country, the Taliban have swept through dozens of districts, seizing more land and even taking control of key border crossings with neighbouring countries.

In the province of Herat, the insurgents have taken the Islam Qala key border crossing with Iran.