Afghanistan A Rich-Poor Country, Thanks To Perennial Civil War

While Afghanistan sits on a powder keg of minerals but the country has been unable to use its vast mineral resources to lift its population out of poverty due to decades of war. 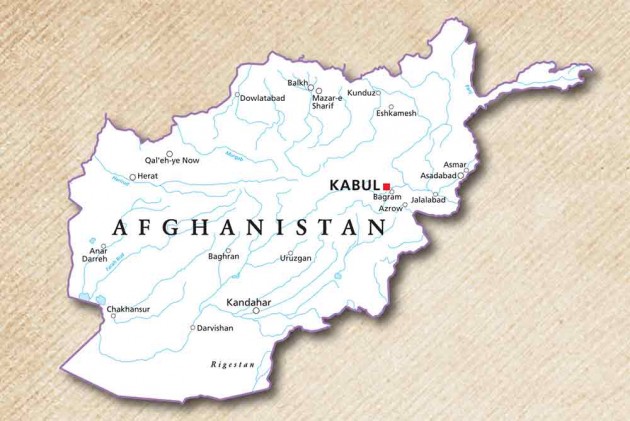 Afghanistan has survived on international aid for the last twenty years and more.  The country has seen nothing but war in the last forty years leaving no time for the nation to develop or make use of its vast mineral resources to lift people out of poverty.

Afghanistan is sitting on a trillion-dollars worth of untapped minerals that have not yet been exploited. Copper, gold, industrial metals like lithium, gemstones, iron ore, and cobalt are waiting to be extracted. Industrial metals like lithium, used for batteries for electric cars, electric tools and thousands of other appliances are now in great demand as the world tries to transition to clean energy as it battles climate change. Endless wars have prevented Afghanistan from exploiting its rich reserves of resources. Instead, Afghan warlords as well as the Taliban had relied on the drug trade for finance. There are also undisclosed funds flowing in from orthodox Islamic billionaires from the Gulf.

On a visit to India after taking office for the first time, former president Ashraf Ghani at a news conference in Rashtrapati Bhavan,  first spoke of the trillion-dollar treasure trove Afghanistan is sitting on. He spoke with enthusiasm of his about inviting foreign companies to extract minerals and said a private-public partnership was the way to go. He said that the US Geological Survey in a report had estimated one trillion- dollars worth of reserves. But Ghani himself felt it would be roughly around $3 trillion. He spoke of Afghanistan becoming the hub for trade and commerce for the entire south Asian and central Asian region.  All the enthusiasm and desire to throw open Afghanistan to foreign companies came to nothing like the security situation in the country, despite the presence of the US and NATO troops remained precarious.

Afghans' Plight Surges Due To Hunger Crisis Amid Taliban's Challenges

Glimpses Through The US Troops' Afghan Exit, End Of 20-Years American War

The Afghanistan Timeline: 40 Years Of War And A Blitz | Outlook India Magazine

Both India and China as well as some of the Central Asian Republics however were keen to invest in Afghanistan. In 2011, a consortium of  Indian companies won the $10.3 billion bid to mine three iron ore blocks in the Hajikak area of Bamiyan province. The consortium was led by the state-owned Steel Authority of India.

China had earlier got an over  $3 billion deal to extract copper from the Mes Aynak mines. The Chinese bid was led by the state-owned Metallurgical Corporation of China. But both India and China burnt their fingers as security concerns led to innumerable delays and no money was made either by the Afghan government or Indian and Chinese investors.

It is very unlikely that the Indian consortium would revisit the project in Hajikak with a Taliban government in power. Unless the situation in Afghanistan stabilises and New Delhi’s relations with the Taliban improves drastically, India will not risk getting into the business of extracting iron ore from Hajikak.

Having already developed working relations with the Taliban and got an assurance from the leadership that extremist outfits like the East Turkestan  Islamic Movement (ETIM) will be reined in and not allowed to infiltrate into China’s restive Xinjiang region. The Uyghur militants aim to break away from China and establish an independent Islamic nation. But China will not take a risk with either its investment or its workers. Beijing has already expressed its concern over the frequent attacks on its engineers and workers in Pakistan’s Balochistan province. The Chinese are building infrastructure in the province as part of the China-Pakistan-Economic Corridor, which is central to Xi Jinping’s ambitious Belt and Road Initiative. Baloch groups have often targeted Chinese workers.

While China is eager to push its BRI across Pakistan, Afghanistan, and Central Asia, it will not be at the risk of Chinese lives. So though China would like to fill the vacuum left by the US in Afghanistan, Beijing will be cautious.