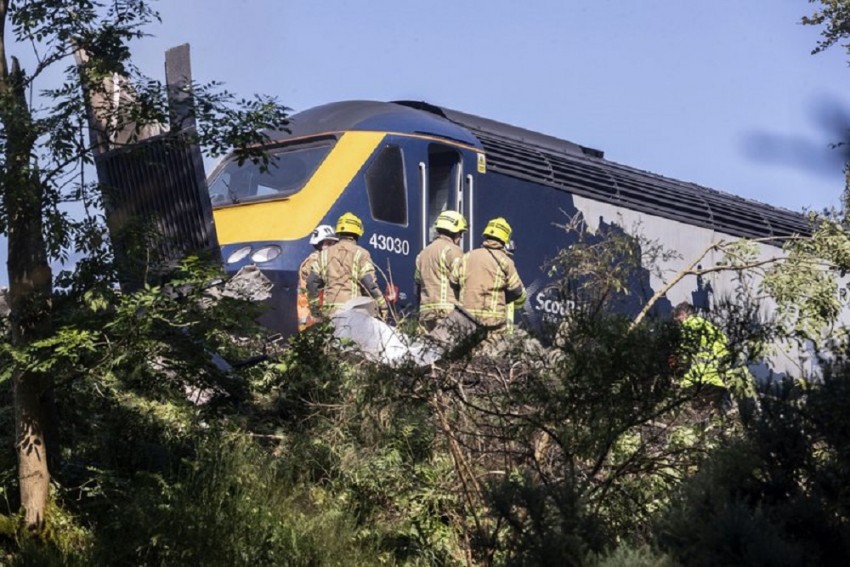 Emergency services attend the scene of a derailed train in Stonehaven, Scotland, Wednesday Aug. 12, 2020. Police and paramedics were responding Wednesday to a train derailment in northeast Scotland, where smoke could be seen rising from the site. Officials said there were reports of serious injuries. The hilly area was hit by storms and flash flooding overnight.
AP Photo
Associated Press (AP) 2020-08-12T21:15:57+05:30 3 Dead, 6 Injured After Train Derails Amid Storm In Scotland 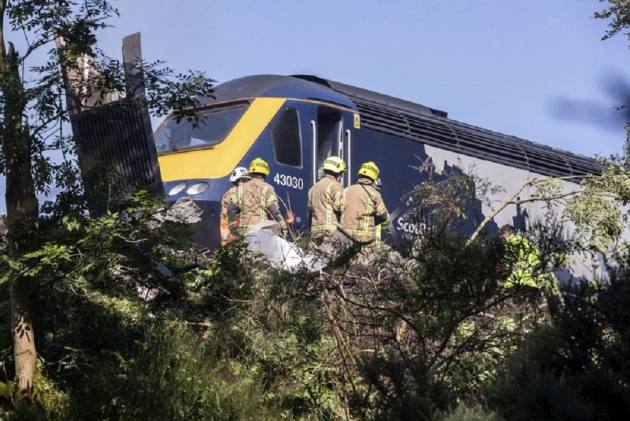 The train's driver was among the dead in Wednesday's incident, which occurred after heavy rain.

Scottish First Minister Nicola Sturgeon described the derailment as a “major'' incident and said she would be convening an emergency response meeting.

Police, several ambulances, an air ambulance and fire engines were at the scene.

The British Transport Police force said officers were called at 9:43 a.m. (0843GMT) to the railway line near Stonehaven, about 100 miles (160 kilometers) northeast of Edinburgh.

“The situation was really bad this morning. The River Carron, the main river which flows through it, had burst its banks, and the heavy rain had caused flooding in the center of Stonehaven and lots of the side streets leading off it,'' he said.

Bowie added that the water had receded and it was unclear if flooding was connected to the derailment.

“I don't think speculation is helpful at this stage,'' he said. “We obviously don't know why the derailment took place, but obviously we have suffered terrible weather here.” Stonehaven is on the line for passenger trains linking Aberdeen with the cities of Edinburgh and Glasgow. The hilly area was hit by storms and flash flooding overnight.

Serious train accidents are rare in the U.K. The country's last fatal derailment was in 2007.

The head of Network Rail cut short a family holiday in return to the UK.

Prime Minister Boris Johnson tweeted: “I am saddened to learn of the very serious incident in Aberdeenshire and my thoughts are with all of those affected. My thanks to the emergency services at the scene.”