Questions will be asked about the resting or omission of Mithali Raj and the inexplicable batting collapse which saw India lose their last eight wickets for 24 runs. 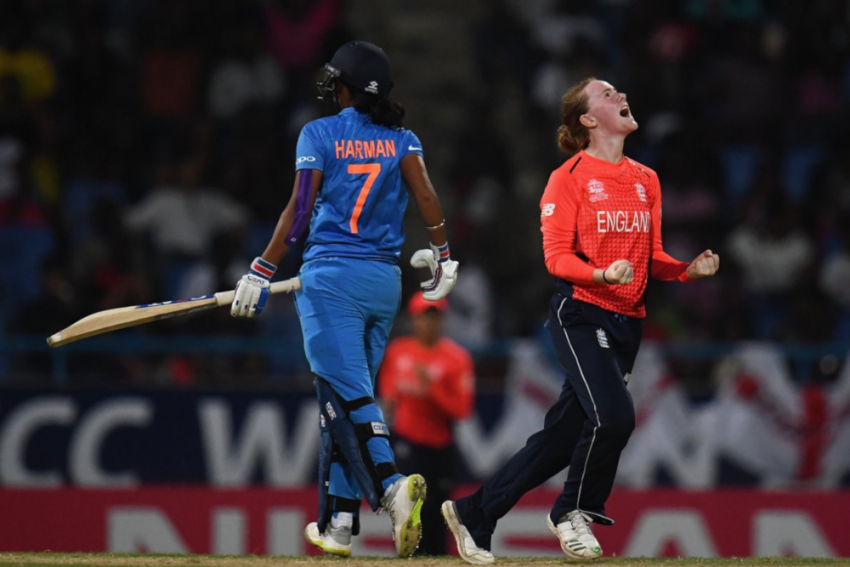 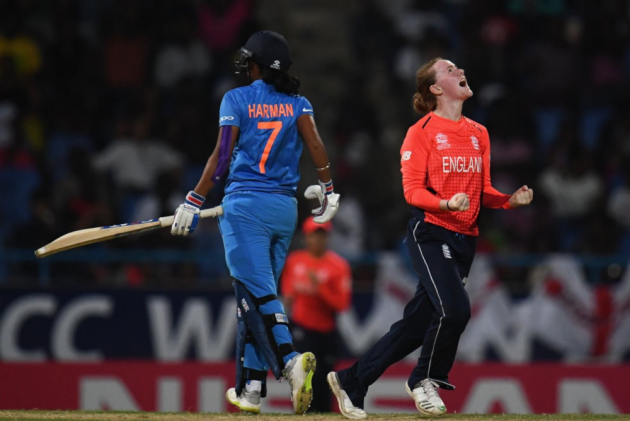 India failed to produce the goods when it matters, losing their semi-final match of the 2018 ICC Women's World Cup to familiar foes England on Friday at North Sound, Antigua.

In a replay of the last year's 50-overs World Cup, India lost the match by eight wickets after setting a modest target of 113 runs. With that India's dreams of winning a maiden global title lay in tatters.

Questions will be asked about the resting or omission of Mithali Raj, the most experienced player in the team, who had scored fifties in two group matches.

And a lot more questions will be asked about the inexplicable batting collapse which saw India lose their last eight wickets for 24 runs to end up scoring a below-par 112 in 19.2 overs.

The bold decision to drop Mithali, the highest run-getter in the shortest format, may haunt the Indian team for the longest time to come as coach Ramesh Powar and captain Harmanpreet Kaur will have a lot of answering to do in coming days.

As many as seven players failed to get double-digit scores and the spin-attack was unable to adapt to a different surface at the Sir Vivian Richards Stadium after playing all their matches at Providence in Guyana.

Once Smriti Mandhana (33, 24 balls), Jemimah Rodriguez (26 off 26 balls) and skipper Harmanpreet Kaur (16, 20 balls) were dismissed, there wasn't any Plan B with Veda Krishnamurthy completely out of form and Deepti Sharma (7, 10 balls) incapable of hitting big shots.

Their poor game sense of not reading the pitch also played its part as most of the Indian batswomen charged at the deliveries rather than playing deep inside the crease.

Then, it was a walk in the park for England as seasoned campaigners Amy Jones (53 no, 47 balls) and Natalie Sciver (52 off 40 balls) added 92 runs for the unbroken third-wicket stand to finish the match in only 17.1 overs.

On a track where the ball wasn't coming on to the bat, it was the Englishwomen,. who came up trumps with left-arm spinners Kirstie Gordon (2/20 in 4 overs) and Sophie Ecclestone (2/22 in 3.2 overs) varied the pace of their deliveries, something their Indian counterparts completely failed.

Skipper Heather Knight's off-breaks also came in handy as she had the best figures of 3 for 9 in two overs as none of India's middle and lower-order batters could force the pace.

However, the Antigua track was even slower where they needed to change the pace and bowl a little faster. The deliveries being slow through the air gave both Englishwomen enough time to rock on the backfoot and hit shots all round the wicket as a much-hyped clash turned into a lopsided contest.

In the end, it was yet another story of Indian women not showing enough temperament dring big match days, having lost the 50-over World Cup final to England at Lord's last year and the Asia Cup T20 final to Bangladesh, earlier this year.

Earlier, Australia dethroned the West Indies and booked a place in Saturday's final with a crushing 71-run victory in the first semi-final at the same venue.

Stunned by the Caribbean side in the 2016 final in Kolkata, the three-time champions were at their most ruthless to the dismay of a huge home crowd as they reached 142 for five batting first on a turgid pitch and then routed the West Indies for just 71 off 17.3 overs.

Put in to bat on a pitch where the experienced three-time former champions found free-scoring difficult, the Aussies were indebted again to the prolific Alyssa Healy, the opening batter top-scoring with 46 to earn her fourth 'Player of the Match' award in five games so far in this tournament.

She had passed a late fitness test after sustaining a concussion in the field during their last group match against India in Guyana five days earlier.

Healy and captain Meg Lanning produced the best partnership of the innings, putting on 51 for the second wicket.

After Healy fell to leg-spinner Afy Fletcher and Lanning was bowled by all-rounder Deandra Dottin, Rachael Haynes struck a flurry of boundaries to reach an unbeaten 25 off 15 balls to give her side a fighting chance against the title-holders.

She was particularly harsh on Dottin, who despite claiming the important wicket of Lanning, conceded 23 runs off two overs at the end of the innings.

West Indian hopes of a strong reply evaporated in the early overs of their innings with openers Hayley Matthews and Dottin dismissed cheaply.

Matthews was run out by wicketkeeper Healy while champion seamer Ellyse Perry accounted for Dottin, adding the scalp of Shemaine Campbelle to finish with the outstanding figures of two for two from two overs.

She was not required by Lanning to return to the attack as the rest of the West Indies batting folded meekly, only captain Stafanie Taylor (16) getting into double-figures as all the bowlers shared in the rout, with seamer Delissa Kimmince and spinner Ashleigh Gardner also taking two wickets each.