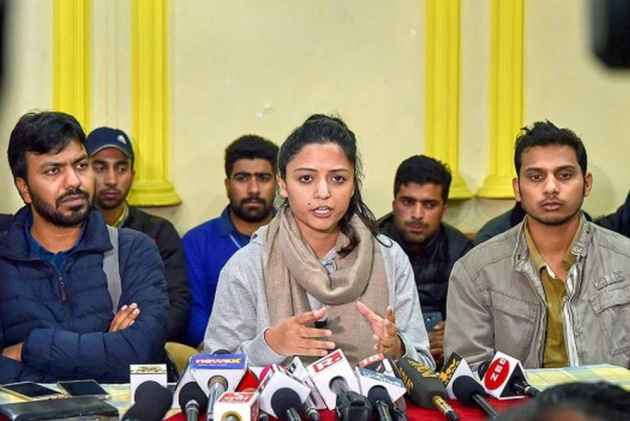 Student activist Shehla Rashid on Monday claimed she received a death threat from a mafia don Ravi Poojary and filed a complaint with the Jammu and Kashmir police.

“Jammu & Kashmir Police has registered an FIR under section 506 RPC against gangster Ravi Poojary who has been continuously threatening anti-govt voices. The FIR was filed on my complaint against Ravi Poojary for a threatening SMS that he sent to me, hours after the attack on Umar Khalid,” Shehla said in a statement.

In a message to the JNU student – the screenshot of which she put up on Twitter - Poojary said, "Just shut your mouth or we will shut your mouth forever. Tell Umar Khalid and Jignesh Mewani also. Mafia don Ravi Poojary".

Meanwhile, got this death threat from right-wing Hindutvawadi fundamentalist Ravi Poojary. He warns Umar Khalid, Jignesh Mevani and me to shut up!

Shehla claimed Ravi Poojary had earlier threatened Dalit leader and Independent MLA from Gujarat Jignesh Mevani using similar language in an SMS that mentioned the names of Umar Khalid and herself. There's an FIR filed by Gujarat Police in the matter.

The matter comes hours after another JNU student Umar Khalid was attacked outside the Constitution Club in Delhi by an unidentified gunman. Khalid escaped unhurt.

The attacker dropped the weapon and fled the spot, police and witnesses said. As confusion persisted over what had actually happened and how many people were involved. Ajay Chaudhary, joint commissioner of police, New Delhi range, said police were investigating whether shots were fired or not. A case of attempt to murder was registered by the police later.