Why Is Reform Unpopular?

It is not just the lingering nostalgia for old-style Fabian socialism that the financial press likes to lampoon—the roots go much deeper, into appalling governance, venal politicians and populism that fails to address the manifold inequalities and co 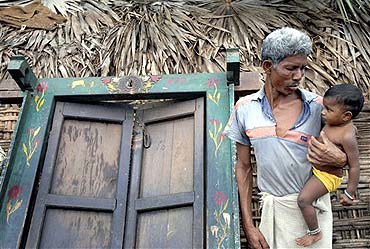 Despite the hype in the international media about India’s global integration, economic reform in India has been halting and hesitant. Many cheerleaders of reform among corporate tycoons and financial columnists are unaware how unpopular reform is, rightly or wrongly, among the general public in India. In the National Election Survey 2004 more than two thirds of about 23,000 sample respondents who had any opinion on the subject say that the reforms benefit only the rich or none at all. Politicians are, of course, too savvy not to notice this. Even the ruling parties over the last decade that supported reforms played them down during election time. Any party that initiates some reforms is quick to oppose them once out of power.

This duplicity is currently on display within the left: In the states where they hold power, they are often driven by the inexorable logic of fiscal near-bankruptcy and competition for investment to be pro-reform; but in Delhi their leaders regularly indulge in ideological grandstanding. Opposition is not confined to the left. The recent reversal of a cabinet decision toward some privatization was under pressure from a non-left regional party. Trade unions of the right as well as left parties are opposed to privatization and labor reform. The Gandhians are vocal against the lifting of the policy of reservation, which currently limits more than 500 products—from bicycle parts to electronic equipment—exclusively for the small-scale industries. In the National Election Survey, respondents were asked about reduction in the size of government employees; among the poor, low-caste and indigenous respondents who had an opinion, the majority was opposed to such reduction. The newly emergent, hitherto subordinate, social groups, often represented by primarily caste-based or regional parties, as they capture state power and reserved jobs, are not keen to give up the loaves and fishes of office or reduce the role of the public sector.

Of course, politicians have also done a poor job of explaining reforms to the common people. If it was clear that electricity reform, which may involve a higher price, but implies a higher capacity for the public utility to provide less erratic power supply, or that deregulation means loosening the grip of corrupt inspectors over small enterprises, some opposition could decline.

What financial columnists call anti-reform populism is actually a product of the manifold inequalities and conflicts of Indian society. Data on inequality of household wealth distribution and that between the educated and uneducated classes suggest, along with the prevailing caste and other social inequalities, that India is one of the most unequal countries in the world. Severe educational inequality, worse in India than in Brazil, for example, makes it harder for many to absorb shocks in the industrial labor market, since education and training could provide some means of flexibility in adapting to market changes.

China, for example, was able to weather the disruptions and hardships of restructuring under a more intense process of global integration during the 1980s and 1990s due to its minimum rural safety net. This security was largely made possible by an egalitarian distribution of land-cultivation rights that followed the de-collectivization of 1978. In most parts of India, the poor have no similar rural safety net. So the resistance to the competitive process that market reform entails is that much stiffer in India.

In general, because of social heterogeneity and economic inequality, the social and political environment in India is conflict-ridden, and it is difficult in this environment to build consensus and organize collective action toward long-term reform and cooperative problem-solving efforts. When groups don’t trust one another in the sharing of costs and benefits of long-run reform, there is the inevitable tendency to go for the "bird-in-hand" short-run subsidies and government handouts, which pile up as an enormous fiscal burden. Few politicians dare oppose the continuing serious under-pricing of water and electricity, the over-manning of the public payroll, and a longstanding refusal to tax the wealthiest farmers.

Economic nationalism of the right as well as the left parties has long resisted the inflow of large-scale foreign investment in India, which despite some increase in the last few years remains a small fraction of that in China. The fear in India—sometimes stoked by domestic companies keen to avert competition—is of large global companies manipulating venal Indian politicians and generally compromising political sovereignty. This is in line with the old "dependency theory" of development sociology, where underdevelopment is explained by foreign capital sapping the strength of domestic capital and the state. Ironically, China has turned "dependency theory" upside down: The regime seems more confident of controlling foreign than domestic private capital, and the latter is still discriminated against in terms of credit allocation and expansion of production outside local areas.

Issues of fiscal and trade policy, financial markets and capital-account convertibility preoccupy any discussion of economic reform. Reform would gain popularity if it were equally and simultaneously concerned with reform in the appalling governance structure in the delivery of basic social and infrastructural services for the poor in large parts of the country—in education, health, drinking water, irrigation and more. In the euphoria with the high growth rates of recent years, one should not forget, for example, that the atrocious condition in India’s health sector is worse than that in even some African countries—for example, the percentage of underweight children in India is not just five times that in China, it is worse than most African countries.

Resistance to market reforms also comes from environmentalists and those concerned with the rights of urban squatters, the indigenous and other marginalized people. Markets, and development in general, have become identified with uprooting the livelihoods of the poorest people and despoliation of the environment. The record of resettlement and rehabilitation of people displaced by roads or dams or mining projects is dismal in India (it is, of course, worse in China), and recent history of such projects is replete with arbitrary land acquisitions, contractor fraud and broken promises to the poor.

The pro-reform people usually do not engage in the arguments about the narrowness of the development goals being pursued, except by just referring to the standard trickle-down process of growth. There are serious differences on the empirical judgment on the adequacy of growth trickle-down. In particular, employment growth at the low-skill levels has been disappointing so far, and to blame this on the restrictive labor laws, applicable to the large factory sector, is asking the tail to wag too large a dog, particularly in a country where more than 80 percent of workers even in the non-agricultural sector work in informal activities where labor laws do not apply.

The opposition to economic reform thus reflects not just the lingering nostalgia for old-style Fabian socialism that the financial press likes to lampoon. The roots go much deeper, into the various distributive conflicts throughout Indian society.

Pranab Bardhan is professor of economics at the University of California, Berkeley, and co-chair of the Network on the Effects of Inequality on Economic Performance, funded by the MacArthur Foundation. He is chief editor of the Journal of Development Economics. Rights: © 2006 Yale Center for the Study of Globalization. YaleGlobal Online

Is The Congress Nuts?