When A Painter Chose To Try His Hand In Photography

As an artist of reasonable recognition, Sanjay Bhattacharyya chose to one day begin using the camera to express his sense of visual beauty. The results have brought the Delhiite Bengali great joy. 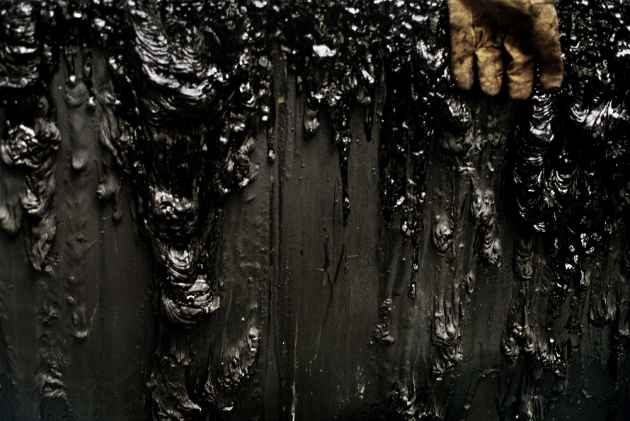 Largely studio-bound as is the life of any full-time visual artist, Sanjay Bhattacharyya occasionally gets a bit bored with the sedentary existence which doesn’t always go well with his dynamic personality. That is when the Delhiite Bengali sets outs on journeys, taking along with him a kit integral to the free spirit: the camera.

The middle-aged aesthete makes no definite plan of the destinations and, so the least of it, about the kind images that should emerge alongside the trips. What he specially desires is to stumble upon sights that will help him shoot “photos with a flavour of paintings”.

Bhattacharyya has captured quite a few intriguing vignettes down his outings from 2005—the year he happened to get particularly engrossed with photography. Today, in a venue in the national capital, 16 of such select works are on public display.
“I believe photography is a fine medium that can get hold of any art,” he says, seated at the Visual Arts Gallery at India Habitat Centre in a leafy pocket of the city he settled in 1983. If the four-day show that began today (October 12) is titled Na Mono Laage Na, it is after a famous Hindi song from the 1971 movie Anand. The music for the number, sung by iconic Lata Mangeshkar, is by Salil Chowdhury (1922-95), one of Bhattacharya’s favourites.

“Actually, I do listen to a lot of music while on work in my New Rajinder Nagar studio,” the artiste says. And adds in a lighter tone: “I sing too, but none takes notice of it. I write a bit of poetry; nobody quite reads.” The joke apart, Bhattacharyya’s forays into photography are winning him positive feedback, inspiring the person to work more in the field he has been in for 12 years now. If quite a few of Bhattacharyya’s photographic works have won him critical appreciation, it is primarily because of an element of abstraction he succeeds in bringing into his shots. Even at the opening hour of the ongoing show, on Thursday forenoon, a stranger asked the protagonist the details of an image. “When I told him that it is a self-portrait, the man was amused,” recalls Bhattacharya, a 1988 winner of an award at Second International Asian-European Art Biennale in Ankara. “He said he has never seen one of its kind.”

That photo was clicked at a washroom Bhattacharyya got in during one of his recent trips—and was washing his face. The reflection of his face in the mirror worked in a weird way, much to the amusement of the artiste that he took out his camera and captured the close-up. As someone otherwise known for his paintings in water-colour and oil, Bhattacharyya travels and explores the dynamics of nature and the cultural fabric of peopled terrain across India, points out art scholar Uma Nair. “The camera for Sanjay is not about becoming a great photographer, it’s about giving him the experience of quietude that can give him inner peace.” Bhattacharyya substantiates it thus: “You ask any professional if he or she is happy. Some 90 per cent of them will say ‘no’.” Why? It’s possibly because they seldom take a break or don’t have parallel interest. This artiste, who won the Sahitya Kala Parishad award at its 1988-89 exhibition, enjoys his trysts with unfamiliar nature and talks with people not known to him. “When I went to Jaisalmer (in western Rajasthan), I felt you have to live it and breathe it, let the sunlight bake it into you. The skies and the desert land are so enormous and the details so precise and distinct that wherever you are you are isolated,” he gushes. “You are in a silent world between the macro and the micro; you think that life is still and the clocks have stopped long ago.” While the show carries snaps of a running tap in the vast expanse of the Thar when thousands walk miles for water, while visuals from Ladakh present sweeping landscape of the snow-clad Himalayan plateau under an azure sky. Further, to the east of the country, a pond in Santiniketan comes up in the richness of Palmyra palms around one of the many water-bodies in Bengal’s Visva-Bharati University.

Born in Kolkata, Bhattacharyya is a self-confessed fan of legendary auteur Satyajit Ray.

In 1999, he had paid a tribute to Ray’s films. The quirkiness of the art show at the Bengal capital, with a style not typical of Bhattacharyya, prompted writer-painter-filmmaker Pritish Nandy to say that he “would refuse to believe that these paintings are done by my friend”. Bhattacharyya, who has won laurels in All India Watercolour Exhibitions at AIFACS, received his diploma in art from Kolkata’s Government College of Arts and Crafts in 1982. After graduation, he had joined the Clarion Ad agency as an illustrator. Later, Bhattacharyya worked for Hindustan Thomson Associates, where he had the freedom to freelance and created a series of water-colors for his first exhibition, based on architecture and still life.