What Does One Say After Saying Hello?

Smile, each time? Nod one’s head? Pretend to have to check your phone, just as you cross them for the nth time? Avoid eye contact? 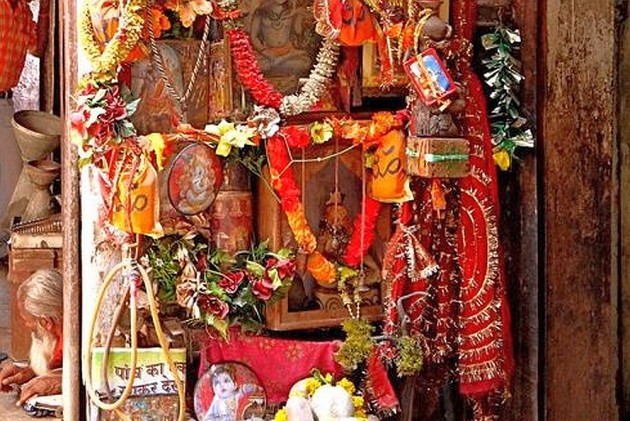 These days I find myself facing a curious dilemma.

What exactly is the etiquette for saying "Hello & Good morning" when you are out exercising? Especially when you meet the same people over and over again as you walk/run/jog around your neighbourhood park? Bear in mind that these are not neighbours, nor people one knows, just other folk who are out and about at the same time. Every single morning.

So, let's say that you greet each other once, the first time you run past each other. Then do what on all the subsequent meetings, as you both keep walking/jogging your circuits of the park? Smile, each time? Nod one's head? Pretend to have to check your phone, just as you cross them for the nth time? Avoid eye contact?

The dynamics of who greets who, and how, is an interesting one. It was only when a young friend of my daughter's observed that by and large it was the foreigners in the park who said "Hello" first, and not the Indians, that I started to take note. (We run in the same park, and so encounter the same regulars every morning).

She was right. Sort of. The Korean couple greet me every time we meet with a cheery "Hello, good morning". The other foreign runners, headphones plugged in, inevitably smile or raise a hand in an approximation of a high five as we puff past each other.

There are some Indians who initiate the hellos, notably a sweet elderly man with a walking stick, who waved his free hand at me rather wildly to catch my attention the other day, when I failed to smile at him. There's one very chirpy couple — well, she's super chirpy, he just looks downright grumpy, to be honest. Ever since I wore a race T-shirt with my name on the back, she invariably greets me by name, which is sweet. He just harrumphs. On those mornings when Mrs. Chirpy isn't walking with him, Mr. Grumpy ignores my greeting. I've learned not to take it personally.
Then there are the courteous types who do a "Namaste" as we pass. Ah yes, must return greeting in kind. Show cultural sensitivity. Hurriedly squash water bottle between hands, looking completely inelegant.

My absolute fave early morning encounter is with a particularly splendid looking sadhu-type who sits on the pavement outside one of the 2 Hindu temples I run past (more on them anon). "My" sadhu is swathed in many layers of orange, all of them a slightly different shade, so he's a real visual wake up call. Dreadlock-y-type hair, most of which is encased in a turban of yet another shade of saffron. He always gives a completely OTT greeting, as befits his sartorial status, raising his hands high above his head in an elaborate "Namaste", a bit like the politicians down south seem to do. He often follows this up with a loud cackle of laughter, which I have learned to accept with good grace.

So, yes, let's talk about those temples, shall we? The most basic and shortest of running routes takes me past 2 temples in the street on the way to the park, then 4 more shrines in the park, and so what's the etiquette here? Are you supposed to stop and greet God every time you go past? Is it rude to run past and ignore Him? Each loop takes me past 6 "pukka" religious structures, and if I do more loops, well the maths just get bigger and bigger.

I have come up with my own work-around. The first time I run past Temple 1, then Temple 2, then shrines 3-6, I stop and do a quick namaste-y like gesture. On every subsequent turn, I nod my head at God as I run past Him.

Just 3 days ago, I spotted a religious image placed at the foot of a newly installed lamp-post at the entrance to the park. A lady was standing there, praying to the picture. Oh gosh, now what? I opted for the nod as I ran past. But I felt kind of bad that the lamp-post deity got short shrift.