In a video clip that has gone viral in Jammu and Kashmir, Omar is seen stalled by Kashmiri-American protesters. Omar is also seen engaging them saying that they are not Kashmiris. 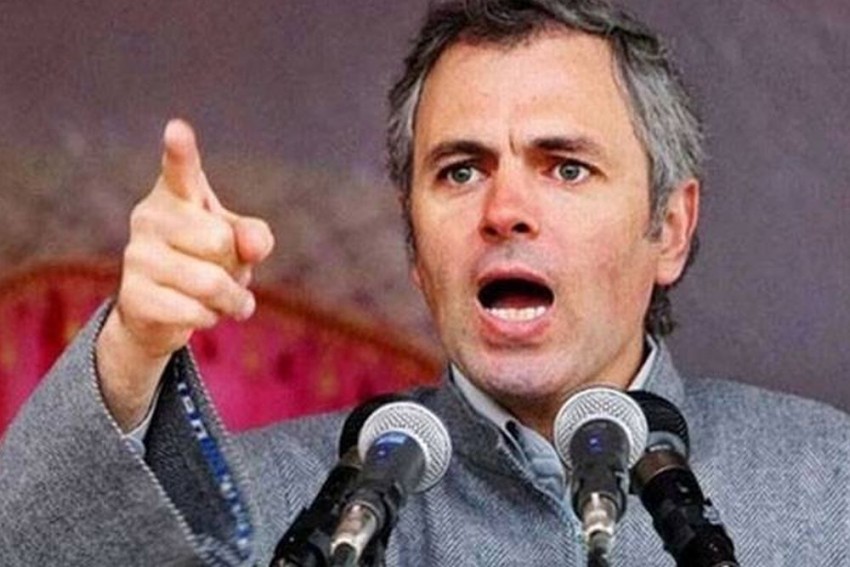 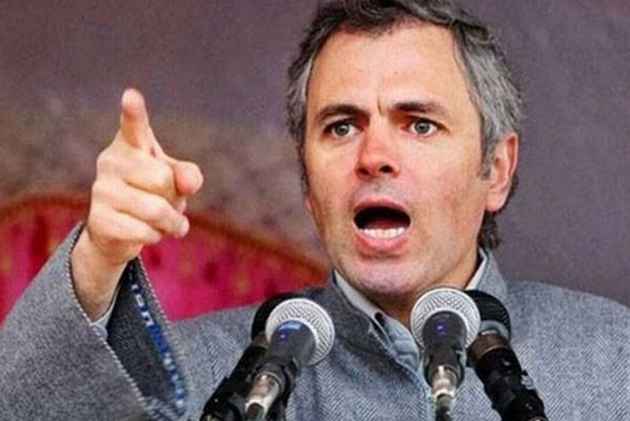 outlookindia.com
2018-04-20T17:30:13+05:30
Former Jammu and Kashmir chief minister Omar Abdullah’s was confronted with Kashmiri-American protesters at the University of Berkeley in the United States on Thursday.
In a video clip that has gone viral in Jammu and Kashmir, Omar is seen stalled by  Kashmiri-American protesters. Omar is also seen engaging them saying that they are not Kashmiris.
A woman protester called Omar and his father Farooq Abdullah as " war criminal", stating that they would take him to the International Court of Justice.

"We want to take you to the International Criminal Court, right now!", "You, your father and grandfather are all war criminals"

This is how Omar Abdullah was welcomed at University of California, Berkeley yesterday. pic.twitter.com/x3GMp1v8MX

Earlier on April 17, Omar took to Twitter and expressed his happiness about the session.
When Abdullah confronted one of the protesters saying he is not Kashmiri, he shot back and said he was from Gujwara old city Srinagar.
Kashmiri  academics and research scholars on Wednesday had launched an online campaign against the US University for inviting Omar to speak in its campus.
An  online campaign termed Omar as not the “real” representative of Kashmir.
“Berkeley is wilfully providing a platform to Mr Omar Abdullah and allowing him to masquerade as the representative of the people of the occupied Kashmir, which he is clearly not,” reads the document.
“We expect Berkeley to do their due diligence in the future and consider the repercussions of allowing client politicians such as Omar Abdullah the privilege of speaking on behalf of the people whom he does not represent.”
An online petition, ‘Stop Omar Abdullah from speaking at UC Berkeley’, was also started on change.org against the University's decision.
“Mr Omar Abdullah, a dynastic politician (a term the Director of IIS would agree with), is one of the many client politicians that the Indian state has cultivated in Kashmir, who provide a civilian façade to what is for all intents and purposes a military occupation,” reads the petition.
“We find it highly relevant to mention that during his tenure as the ‘Chief Minister of Jammu and Kashmir’, hundreds of Kashmiri civilians lost their lives to police and paramilitary firing. In 2010 civilian uprising against the Indian occupation of Kashmir, which he repressed through use of overwhelming police and paramilitary violence, over 100 young boys were killed, thousands of youth were arrested and tortured in jails, many minors were sodomised,” it said.

Siddaramaiah Govt Most Corrupt, Won't Use Harsh Words Against Rahul Gandhi As He Is Still Young: Deve Gowda