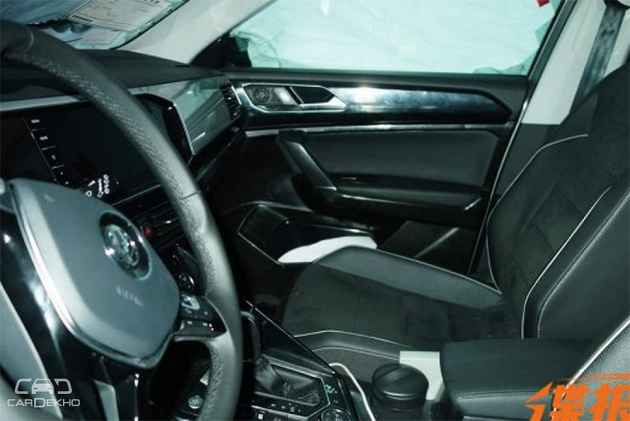 As Volkswagen prepares for the global premiere of the T-Cross, plenty of images of the compact SUV undergoing tests have surfaced online. Recently, the T-Cross was caught testing in China, the pictures of which also gives us the first-ever glimpse of its cabin. 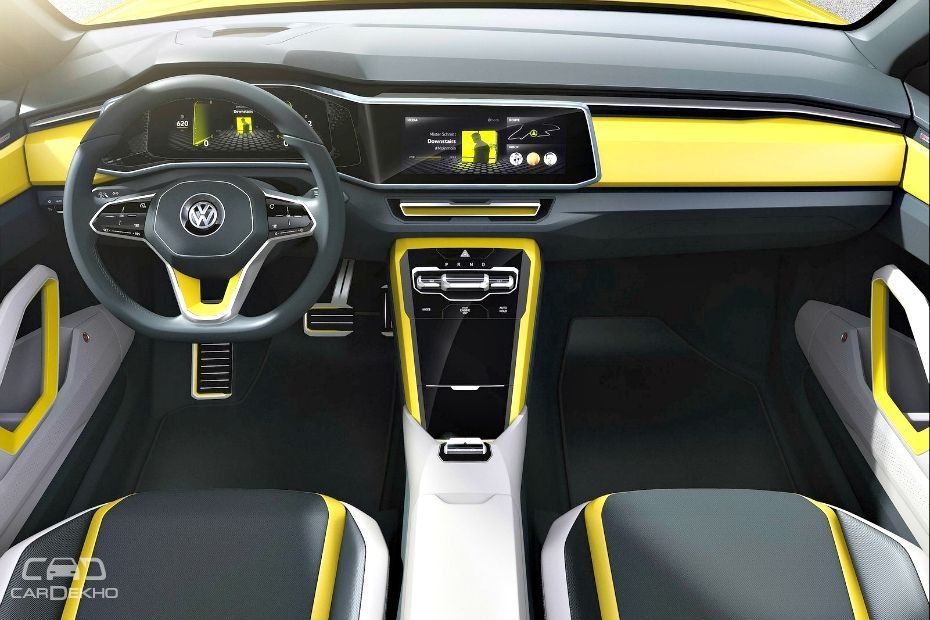 The dashboard of the Volkswagen T-Cross appears to be a toned down version of its concept, the T-Cross Breeze, which was unveiled at the 2016 Geneva Motor Show. The T-Cross SUV shares its platform (MQB A0) with the sixth-gen Polo and the Virtus sedan (second-gen Vento). Unsurprisingly, the T-Cross uses a similar dashboard and layout as the hatchback and sedan. 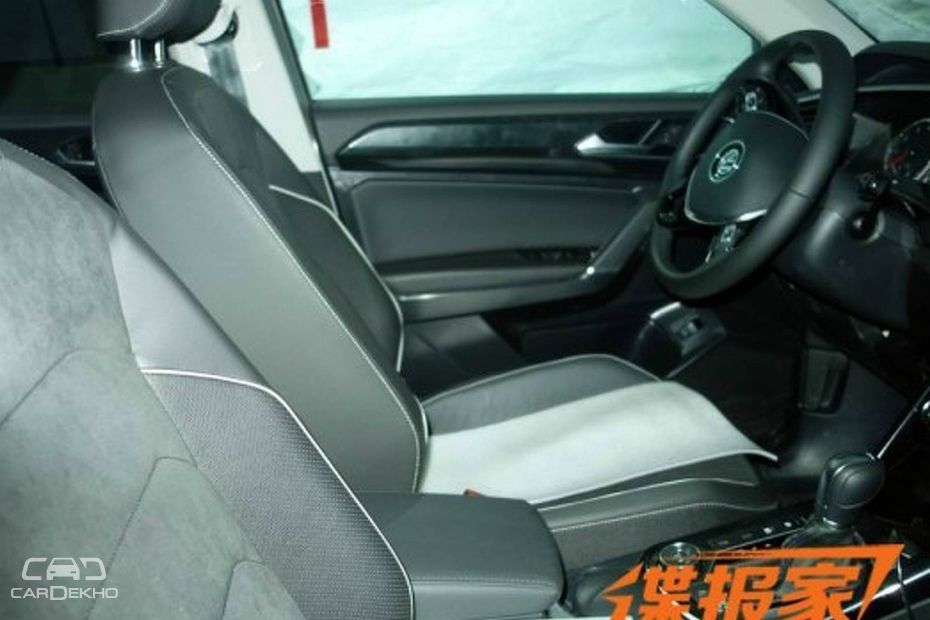 Though they may have an identical dashboard, there are noticeable differences to set the T-Cross apart. Unlike the Polo and the Virtus, the compact SUV’s centre console doesn’t feature a manual handbrake. There’s also a rotary dial which we believe could be for selecting drive modes. Further, the seats also look relatively premium with leather and Alcantara upholstery. Its equipment list is likely to remain more or less similar to the Polo and the Virtus though.

Last year, Volkswagen India hinted that they are planning to launch a Hyundai Creta rival soon. The upcoming T-Cross could very well become that car. However, there's no official confirmation about the same. Further, the German manufacturer has also decided to skip the Auto Expo 2018. Most carmakers use this platform to announce India-centric product strategies. 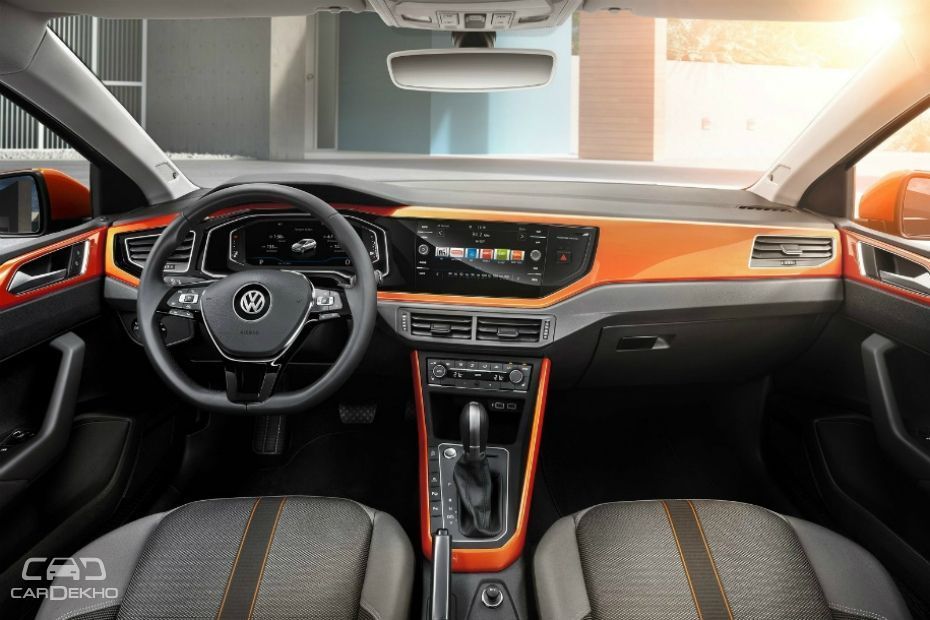 Since the T-Cross’ global sales are expected to begin later this year, we feel that, if green-lighted, it could enter the Indian market in 2019. In India, the compact SUV space that the T-Cross is likely to be launched in is set to receive new entrants this year. Mahindra is likely to introduce a compact SUV based on the SsangYong Tivoli while Nissan is expected to bring in the Kicks. In 2019, we expect MG Motor to launch its latest compact SUV, the ZS, which was launched in the UK in November 2017.