With Congress losing relevance in the Hindi heartland, Urdu newspapers have turned to 'secular forces' 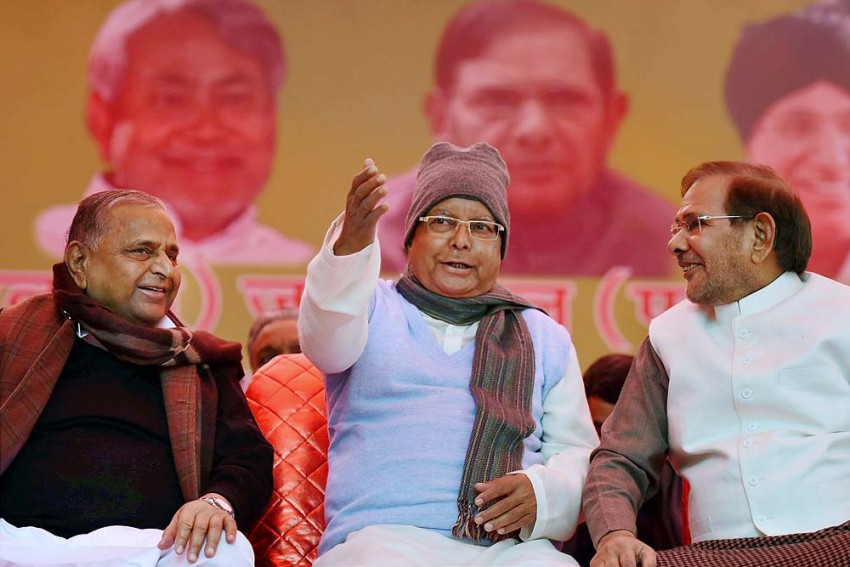 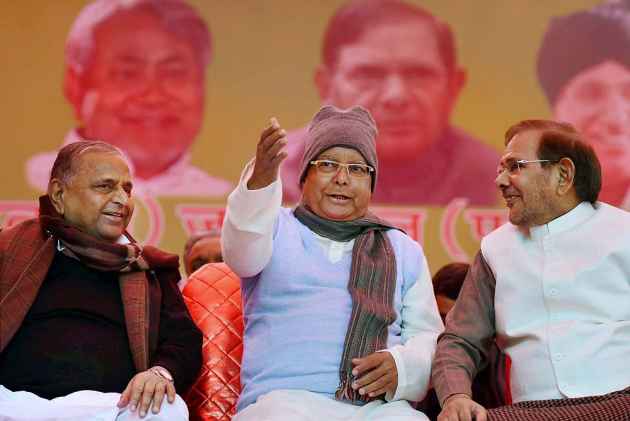 Muslim vote must unite; Muslim voters must show wisdom; Bihar election will give direction to the nation; Secular parties should give a united fight; People of Bihar should support secular leaders; Is BJP going to gain from Majlis and Mulayam?

These are some of the headlines that are appearing every day in Inquilab, the Urdu daily published from 14 cities including Delhi and Patna.

Inquilab is devoting full two columns to "Aap ki Raai" (Your opinion) every day ever since Bihar election was declared. If this column is to be believed, then the general consensus among Muslims of Bihar, and the rest of India, is in support of 'secular forces' meaning the alliance between Nitish Kumar-led JD-U and Lalu Prasad-led RJD.

"The BJP is trying to woo Muslims but they are fully aware of the developments done by Nitish in Bihar. Therefore, once again we should unite and ensure the overwhelming victory of the grand coalition and defeat communal forces," says a letter writer from Bhagalpur.

Muslims of UP and Delhi are also participating in this column. They are sceptical of Mulayam's decision to withdraw from the secular alliance. "Why did Mulayam Singh Yadav exclude himself from this alliance. Does he want to strengthen the hands of NDA? If this is his thinking then it's unfortunate… In this critical situation, all the secular parties should contest Bihar election as a united force so that the rising tide of communalism could be stopped. If secular vote is divided then no one can stop the NDA from coming to power," says a reader from Maunath Bhanjan in UP. Another reader from Azamgarh is equally critical of Mulayam: "He claims to be a sympathiser of Muslims but by withdrawing from the secular alliance he has proved that his only intention is to split Muslim vote and benefit NDA."

Owaisi is one factor which is dominating Bihar election. Although the Hyderabadi leader's Majlis Ittehadul Muslemin is contesting only 28 seats in the Muslim dominated region of Seemanchal, it is getting considerable coverage in the media. Muslims, specially the young generation in the community, are looking at him with interest but they are wary of him as well. This is reflected in the Inquilab column as also in other comments appearing in Urdu newspapers.

Praising Asaduddin Owaisi as the sole voice from the Muslim community who has the guts to challenge the Modi government in Parliament, a student of Jamia Misbahul Uloom, Siddharthnagar, UP, appeals to him not to participate in Bihar election as "his good intentions for the community may go in favour of the communal forces."

Another letter writer from Sheikhpura in Bihar, without naming Owaisi, warns people against those who want to split Muslim vote. A woman from Darbhanga appeals to  her "Muslim brothers and sisters" to vote for Nitish-Lalu combine. But she also appeals to the duo not to run after Mulayam, and instead, take Owaisi in their fold.

Editor (North Region) Shakeel Shamsi has come down heavily on Congress leader Digvijay Singh for branding Owaisi as a communal leader. In his daily column on 27 Sept. 2015, he writes: "By putting partial faces of Owaisi and RSS chief Mohan Bhagwat on his Twitter account, Digvijay Singh is trying to say that Owaisi and Bhagwat are two sides of the same coin. What purpose this childish act would serve is known only to Digvijay or Congress, but we would like to tell Congress leaders that they should stop calling others communal and instead start distancing themselves from the Sangh-minded people in their own ranks.

Manish Tewari's open support to RSS on the issue of reservation is a recent example. Owaisi cannot be termed another face of RSS as the subsidiary organisations of the Sangh Parivar have openly called for his physical elimination. Congress attack on Owaisi is going to increase his popularity."

Urdu newspapers at a glance: Major centres of Urdu are Delhi, Lucknow, Patna and Kolkata in the North and Mumbai, Hyderabad and Bangalore in the West and South of India. In each of these centres, dozens of Urdu dailies are published. According to figures released in March 2015, there are 4,770 Urdu periodicals registered with the Registrar of Newspapers in India which is third in number after Hindi and English. But circulation wise Urdu newspapers are nowhere near Hindi, English or any of the major languages like Bengali, Malayalam, Tamil, Marathi or Gujarati.

Traditionally, Urdu newspapers have been supporting Congress. But with Congress losing relevance in the Hindi heartland, Urdu newspapers have turned to 'secular forces' while vehemently opposing 'communal forces'. Bihar election is no exception. Newspapers published from the state and beyond are giving extensive coverage to election-related news. Muslims, who constitute the main readership of Urdu newspapers, see this election as the last hope of stopping the tide of Hindutva forces. Therefore, Nitish-Lalu combine is their favourite while they are in a state of confusion over support to Asaduddin Owaisi, lest the split of 'secular' vote helps BJP. Mulayam is seen with detest.

Qaumi Awaz, which is now defunct, used to be the leading Urdu daily in Delhi, Lucknow and Patna. It has been replaced by Rashtriye Sahahra and Inquilab. Other Delhi newspaper that has considerable readership is Jadeed Khabar edited by Masoom Moradabadi.

During the last decade, Inquilab and Rashtriye Sahara have emerged as dailies distributed nationally. Sahara has editions from Lucknow, Kanpur, Gorakhpur, Patna, Ranchi and Kolkata on one hand and Mumbai, Hyderabad and Bangalore on the other hand. Similarly, 75-year-old Inquilab used to be the leading Urdu daily of Mumbai. In 2010, Jagran Prakashan bought it and spread it in the entire north India. Today, it is published from 14 centres including Delhi, Lucknow, Patna and Kolkata.

Hyderabad is one centre where Urdu newspapers continue to have a strong readership base. Siasat is the oldest and a hugely popular newspaper. Munsif and Aitemad are other newspapers which have their own committed readers. Hyderabadis have strong presence in Gulf countries, specially in Saudi Arabia. Therefore, Urdu newspapers of Hyderabad are also distributed in cities like Jeddah, Riyadh, Dammam, Dubai, etc.

In Patna, besides Inquilab and Rashtriye Sahara, Qaumi Tanzeem is a force while Pindar also has its own reach. Sangam, Azeemabad Express and a dozen more dailies are also published from Patna but they have either very limited circulation or published only for record to be sent to advertisers. This is the case with majority of small newspapers in India. Major Urdu dailies of Kolkata, besides Rashtriye Sahara, are Akhbar-e-Mashriq, Azad Hind and Aabshaar. Salaar is the oldest newspaper of Bangalore. Rashtriye Sahara is a new entrant here.

Newspapers published from Delhi give wide coverage to Bihar as Urdu readership consists mainly of people from Bihar. Even majority of journalists and staff working in Delhi newspapers are drawn from Bihar. Same is the case with Kolkata where Urdu speaking people come mainly from Bihar and eastern UP.