The Vishva Hindu Parishad (VHP) announced the decision through a letter, dated May 6, issued in Delhi. 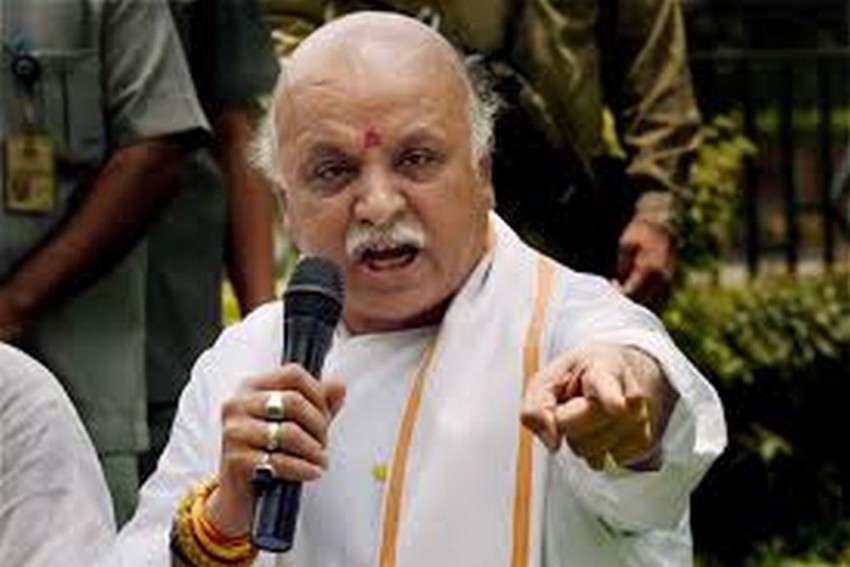 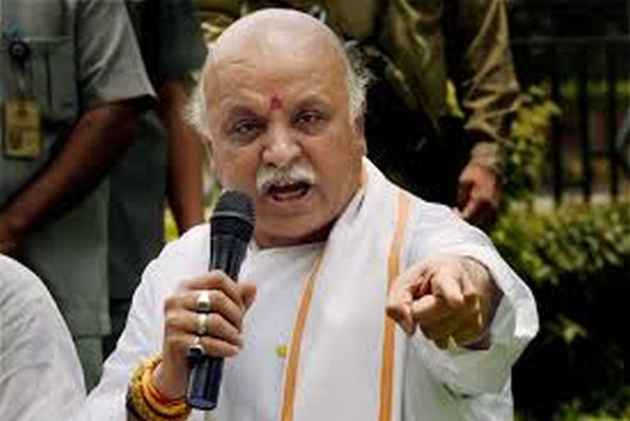 Weeks after Pravin Togadia quit as the international working president of the VHP, the right-wing organisation has stripped six of its office-bearers, including its Gujarat unit chief Kaushik Mehta, of all responsibilities, apparently for extending support to the Hindutva leader, who had criticised Prime Minister Narendra Modi.

Prominent among those who have been relieved of their respective responsibilities are Mehta and Ranchhod Bharwad, the VHP general secretary of its Ahmedabad unit. Both the leaders are known to be staunch supporters of Togadia.

The Vishva Hindu Parishad (VHP) announced the decision through a letter, dated May 6, issued in Delhi.

These office-bearers were no longer associated with the VHP and they should not be invited to any programme or meeting of the organisation, the letter stated.

The other VHP members relieved of their responsibilities include "Durgavahini" national convener Mala Raval, "Matrushakti" co-convenor Mukta Makani and senior members of the organisation's Ahmedabad and Meerut units, Rohit Darji and Devesh Upadhyay.

"Durgavahini" is the women's wing of the VHP, while "Matrushakti" is one of its organisational units, which essentially aims to increase women's participation in various activities of the right-wing body.

"Though we had thought that the situation would normalise soon after the election, it is now clear that some workers have also decided to walk a separate path. Thus, we hereby relieve these six workers from all their responsibilities," the letter stated.

VHP national spokesperson Surendra Jain said the six functionaries were relieved as they had extended their support to Togadia, who was no longer associated with the organisation after the (organisational) election.

Following the defeat of his candidate for the post of VHP president, Togadia had sat on an indefinite fast last month over demands such as the construction of the Ram temple in Ayodhya and the introduction of a uniform civil code in the country. He had also launched a scathing attack on Modi.

Jain also said the new VHP office-bearers for its Gujarat unit would be appointed very soon.

"Pravinbhai (Togadia) himself took the decision to leave the VHP and these workers have also extended their support to him and started walking his path. Thus, they are no longer associated with the VHP," he told PTI.

Asked if this would weaken the VHP's Gujarat unit, Jain said, "Our organisation in Gujarat is still intact as most of the workers are still with us. Very soon, we will appoint the new office-bearers for the state and everything will be streamlined."

Togadia (62) had resigned as the international working president of the VHP last month after former Himachal Pradesh Governor V S Kokje was elected as the outfit's international president as he defeated Togadia's nominee Raghav Reddy in the organisational polls.

During the fast observed by Togadia on April 17-18, which he called off on health grounds, Mehta and Bharwad had remained by his side.

Several workers of the Hindutva organisation had also pledged their allegiance with Togadia and tendered their resignations as members of the VHP.

Rahul Should Try To Win State Polls First, Says BJP On His 'Ready To Be PM' Remark