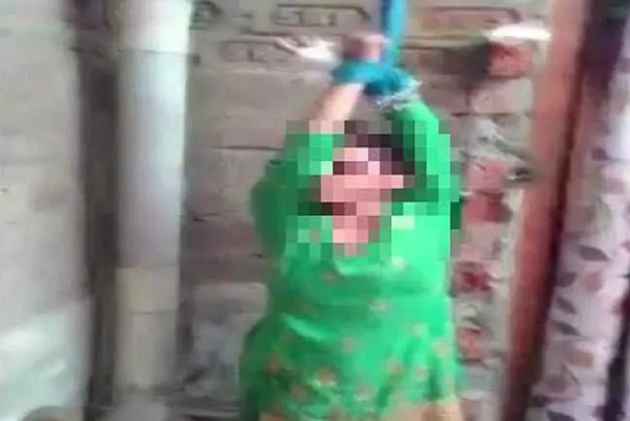 A woman in Uttar Pradesh was brutally beaten up by her husband after she refused to fulfill his dowry demands.

According to the reports, the husband even filmed the entire incident and sent the video to his brother-in-law threatening that he will further torture her if his demands of dowry are not met.

"The woman had refused to ask for Rs. 50, 000 from her parents, as demanded by her husband. This made the husband angry and he started beating her. The man had also tied her hands to the ceiling," the sourced added.

Talking to ANI, the victim said that her husband beat her with belt and when she fell unconscious he tied her hands to the ceiling with the help of her dupatta.

"He thrashed me brutally for 3-4 hours after which I fell unconscious. When I gained my consciousness back, both my hands were tied to the ceiling," said the victim.

A case has been registered under relevant sections of Dowry Prohibition Act against the victim's husband and four other people of his family and investigation has been initiated.

However, no arrest has been made as the accused and his family members are absconding.