US Issues Ban Prohibiting Its Citizens From Traveling To North Korea 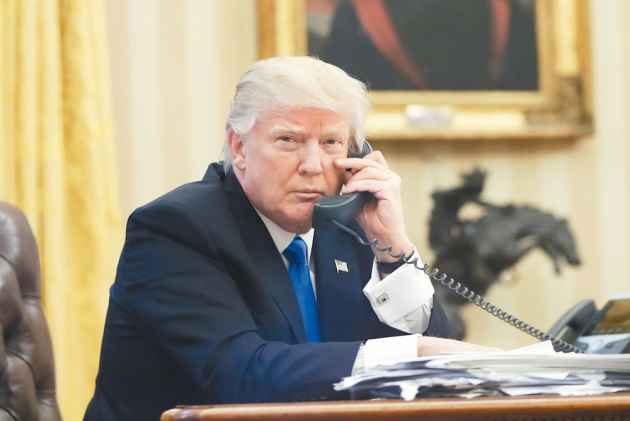 The move is triggered by the death of a US student imprisoned by Pyongyang during a tourist visit.

The ban, which comes into effect September 1, was introduced after officials said the "serious risk" of arrest by Pyongyang officials during tourist travel presented an "imminent danger to the physical safety" of its citizens.

"All United States passports are declared invalid for travel to, in, or through the DPRK unless specially validated for such travel," read the restriction in the US government's Federal Register, using the acronym for North Korea's official name.

Strict warnings against travel to the North were already in place before the ban was first announced last month following the death of American student Otto Warmbier.

Warmbier, 22, a student at the University of Virginia, died in June after being held by Pyongyang for more than a year on charges of stealing a propaganda poster from a North Korean hotel.

He had been sentenced to 15 years' hard labour in the North, but was sent home in a mysterious coma in June and died soon afterwards.

US President Donald Trump slammed Warmbier's detention and eventual death as "a total disgrace," pledging to "prevent such tragedies from befalling innocent people at the hands of regimes that do not respect the rule of law or basic human decency".

The new ban will remain in effect for one year, unless it is revoked sooner by US Secretary of State Rex Tillerson.

Exemptions will be allowed in specific cases for humanitarian travel and journalists.

Tour companies said the ban would significantly reduce the numbers of Western tourists to the impoverished country.

"Currently US citizens make up about 20 percent of the Western tourist market, so it will reduce the industry by at least that much -- plus the collateral damage of others who may not want to go as a result of this," said Simon Cockerell, general manager of Koryo Tours, the market leader in Western tourism to North Korea.

Some 5,000 Western tourists visit the North each year, with standard one-week trips costing about $2,000. The vast majority of tourists visiting North Korea are Chinese.

Han Chol-Su, a senior North Korea development official, earlier denied that the loss of business would hurt his country's economy.

"If the US government says Americans cannot come to this country, we don't care a bit," he told AFP in Pyongyang last month.

Describing American visitors as "one of the best soft- power assets of the United States", he added that the ban would eliminate a counterweight to that propaganda.

In Pyongyang, visiting US tourist Carolyn Dunlap described the move as "definitely not unexpected" in light of Warmbier's death and other detentions.

"Honestly the current travel advice is not much different from a ban, the only difference is people can still physically go," she told AFP last week.

She planned her trip before speculation of the move mounted, but its timing means she will be one of the last US tourists to the country for at least one year.(AFP/PTI)