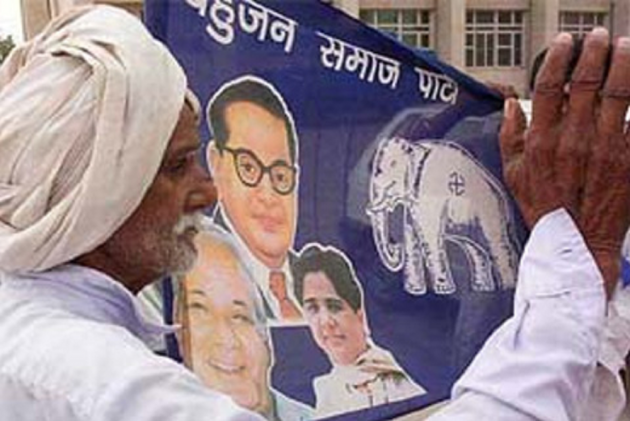 Bahujan Samaj Party's Punjab unit in-charge Meghraj and other leaders welcomed them into the party. "From a rented accommodation, Banga has come into his own house," they said.

"The dilution of SC/ST Act at the behest of Modi government came as a last straw on camel's back," he alleged.

"I decided enough was enough. So I have joined BSP." Banga was in Shiromani Akali Dal (SAD) before he joined BJP in 2016.

On March 20, the Supreme Court said government servants should not be arrested without prior sanction and private citizens too should be arrested only after an inquiry under the SC and ST (Prevention of Atrocities) Act.

The Centre had moved a review petition in the court on Tuesday. But the court said "no provisions of the SC/ST Act have been diluted" and refused to keep in abeyance the verdict.

Banga was elected as an Akali Dal MLA from Banga Assembly constituency in 1997 and 2007.

The seat was wrested from Swarna Ram by BJP leader Som Parkash, who is representing it now for the second time.

Banga had quit as a member of the Punjab Public Service Commission in October 2015 in protest against sacrilege incidents in Punjab. He then joined the BJP and was a contender for party ticket from Phagwara ahead of the Assembly elections last year.

At the press conference today, BSP leaders said the party's doors were open to like-minded organisations who would want to give a united fight to the BJP.

The party's Punjab unit in-charge Meghraj said the BSP would try to get the support of farmers, workers, small traders to defeat the BJP in the next Lok Sabha elections.

"The arrangement between BSP and SP during recent bypolls in Uttar Pradesh has set a new political narrative and trend, paving way for other states to follow," BSP leaders said.