The accused has been identified as Pravin Gosavi. He was later beaten up by Athwale's supporters. 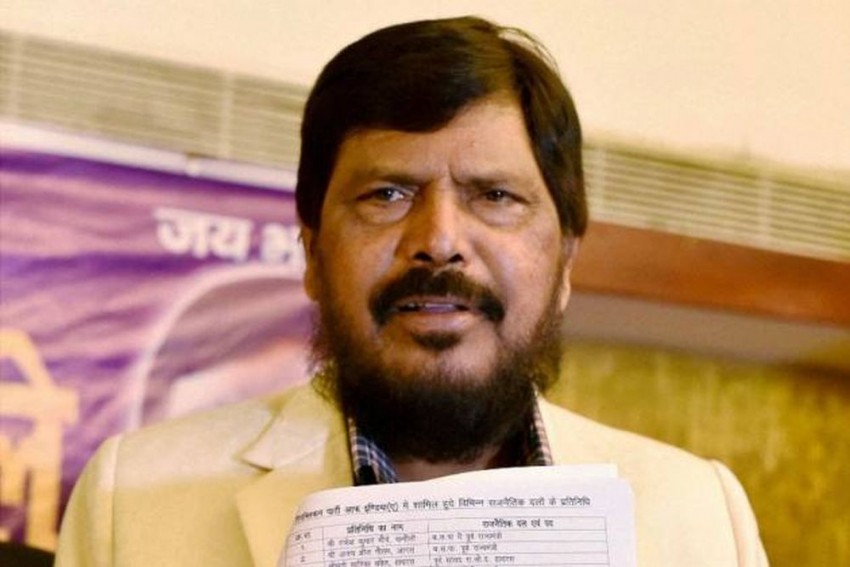 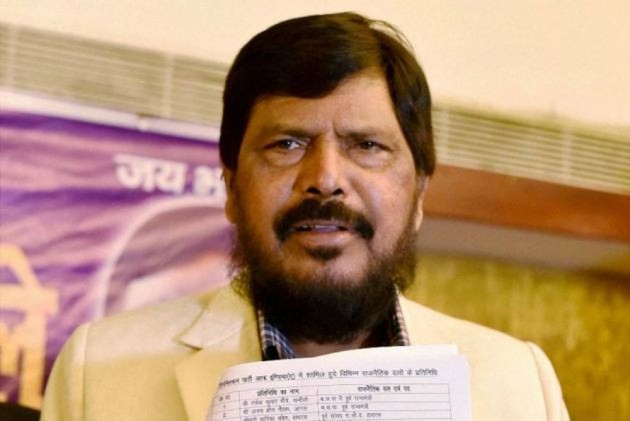 A youth slapped and pushed Union Minister of State Ramdas Athawale after a function in Ambernath town, late on Saturday night, officials said.

The incident occurred as the Minister came down after addressing a meeting when the youth suddenly lunged at him, pushed and slapped him on the face, according to eyewitnesses.

Even as some supporters rushed to the Minister's aid and pushed away the attacker and roughed him up, Athawale's personal bodyguards and police security pinned him down and whisked off from the venue.

The motive behind the attack is not known, though the youth is said to be an activist of Republican Party of India, headed by Athawale, and which is a constituent of the ruling NDA.

The accused has been identified as Pravin Gosavi. He was later beaten up by Athwale's supporters.

#WATCH Maha: People thrash Pravin Gosavi, a worker of the youth wing of Republican Party of India, who slapped Union Minister & party leader Ramdas Athawale at an event in Thane y'day. Gosavi has been admitted to a hospital. FIR registered against him, investigation on. (08.12) pic.twitter.com/zvYmNaV8Wi

Gosavi has been shifted to the state-run J J hospital in Mumbai after receiving initial treatment in Ambernath, police said.

with inputs from PTI and IANS