Tried For An Hour To Inform Pak First About Surgical Strike But They Were Afraid To Take Call : Modi 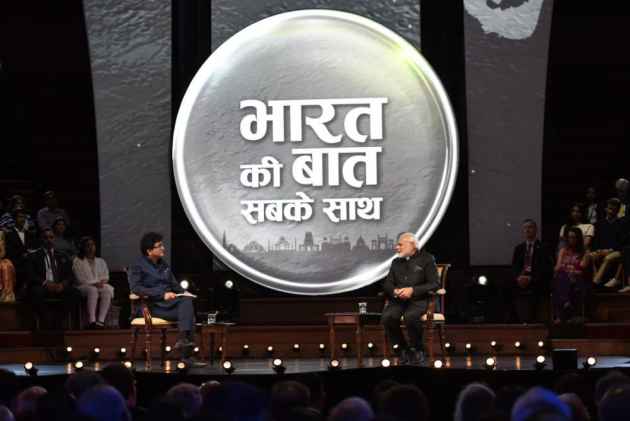 Prime Minister Narendra Modi today said India had waited for an hour to inform Pakistan first about the 2016 surgical strike.

The Prime Minister is currently visiting the United Kingdom (UK), where he will also participate in the Commonwealth Heads of Government Meeting in from April 19-20.

Answering a question on surgical strike while interacting with the Indian community at a townhall called 'Bharat ki Baat, Sabke Saath' at London's iconic Central Hall Westminster, Modi said: "Since 11 in the morning, we were trying to contact them over the phone but they were afraid and wouldn't take our call. I had instructed our officers to tell the Pakistani army that we did it. We did not hide it. At noon, they answered the call. We told them."

"Some cowards attacked and killed our jawans who were sleeping in tents. Will anyone of you want me to remain silent? Shouldn't such an act be answered in stronger terms?,” he said, adding, "They don't have the power to fight a war but attack from behind. This is Modi, he knows how to respond in that language."

Criticised for his delay in responding to the Kathua and Unnao cases, Prime Minister Narendra Modi todaysaid “rape is rape” and it should not be politicized.

"When a child is raped... we cannot compare these incidents in numbers for different governments. Rape is rape... How can we accept this?," as quoted by NDTV.

"Every time in our country... it is always the woman who is questioned. The person who is committing these crimes is also someone's son... The rape of a (daughter) is a matter of worry, a shame for the country," he said.

He also sought to target the Opposition over their attack on him and the government, saying he welcomed criticism but there’s a difference between criticism and baseless allegations.

On the Opposition, he said: "In a democracy if there is opposition but no criticism, then how can it be called a democracy.... I want this Government to be criticised. Criticism makes democracy strong," however, adding, "What happens instead is allegations."