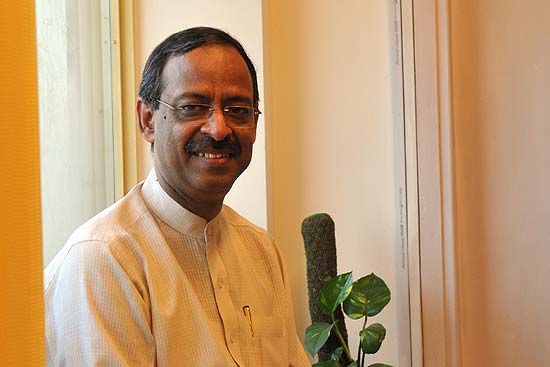 The auction system was expected to cleanse the coal mine allocation process. But it threw up weak links. Defending the system, Coal Secretary Anil Swarup tells Lola Nayar in an interview that it is the transparency of the system that helped bring to fore possible collusion by leading industrial houses, leading to cancellation of auction for four blocks. Excerpts:

Are you satisfied with auction system for allocation of coal mines?

There is nothing to doubt about the process. It is through a transparent process that we discovered these outliers as they came to the fore almost immediately. Hence we did this examination and came to the conclusion that these are stark outliers for which bids cannot be accepted.
Transparency does not ensure no wrongs will be done. In fact, transparency enables you to detect those wrongs and correct them. Further the whole process was very objectively done. There was no bias against anybody. The decisions have been made on the basis of data, which was also transparent.

You have completed two rounds of auction, what next?

We are working on the third round. In the first round we auctioned 16 mines. In the second we auctioned more but bids for only 13 mines have been approved. For four mines we have not accepted the bids (these include 3 mines where Jindals stood to win and one where Balco was leading). Future plan is that by the third week of April we will notify the third tranche of auction. The details are ready. We are right now occupied with various process of handing over the mines to the previous bidders and winners. Once that is over, the notification for the third round will be issued. We have around 16-20 mines for that round. The number could go up to 24 — of which seven or more will be for the regulated sector and rest for the unregulated sector.

Altogether you have 204 mines that were cancelled. How do you see the process moving further?

Some of them will be allocated and some will be auctioned. In the first round 33 mines were auctioned and 43 will be allocated to PSUs, taking the total to 76 mines. The PSUs will have to utilized the coal from the mines allocated to them for captive use. They will not be allowed to sell any coal. They are being allocated mines where they have a plant or are likely to set up one.

A CAG report had last year highlighted the fact that many of the state PSUs have been subleasing or outsourcing mining activities to joint venture and have ended up paying more for captive use coal…..

In this case they will not be allowed to sub-lease the mine that is a condition. Henceforth in any joint venture, if they have it, the state government's ownership has to be a minimum 74 per cent as per law. Earlier it was the other way round. This has been dispensed with now. It is one of the reforms we have introduced as we begin the allotment process. Obviously, we cannot expect the PSUs to have mining expertise so outsourcing has been allowed but with operations under state control.

How will you be monitoring whether the PSUs including state units are abiding by the rules?

I don't have to monitor anything. The stipulations are very clear. It will come up automatically if something else comes up.

Does it mean all the previous joint ventures will be dissolved?

I cannot say whether they will be dissolved or not. Only such joint venture where the private sector has majority stake will not be allocated any of the mines. It is only a legal entity that will be allocated the mine. We will look at the ownership document before deciding.

When will you finish the process of allocating/ auctioning?

It will depend on the environment clearances, availability of land, readiness of the mines etc. So far 16 more are clear, the other 8 we will see as we still have more time till the third week of April. We will keep taking up more mines as clearances come through. By 31 March 2016, we will try and complete the process for the 204 mines we have. That is the target.

In terms of production targets what are you looking at one year from now?

By March 2017 we will have 100 to 130 million tones additional coal production coming in from non-Coal India sources.

How much additional resource will the auction process accrue to the exchequer?

It is very difficult to determine how much value these mines have because auctions have revealed that their value is much more than what anybody thought. In the 33 mines that have been auctioned the value that came was Rs 2,09,000 crore over 30 years, and every penny of that will flow to the states. Apart from that there is a tariff benefit of Rs. 94,000 crore this comes from the reverse bidding — together the benefit from the 33 mines totals over Rs 3,00,000 crores. As more mines are auctioned more money will flow to the states. It is difficult to say how much more will accrue. It will depend on the demand and supply.

In this stepping up of mining activities where is the focus on environment and the impact on people including through displacement?

We have satellite data that for every hectare of mining two hectares is taken up for afforestation. There could be cases where it is not happening but we are going to come down heavily of those who violate the rules. The environment has to be managed. It has to be restored. We cannot allow stripping of the land and environment.