Those Who Had Doubts Regarding Reforms Should Introspect, Says Fin Min Jaitley After Moody's 'Belated Recognition'

The upgrade is a recognition of the reform process in India, particularly in the last 3-4 years, in which structural reforms placed India on a high growth trajectory, he said. 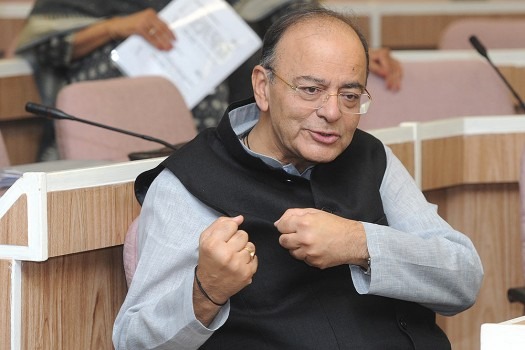 Finance Minister Arun Jaitley today termed the upgrade of India's credit rating by Moody's after a gap of 13 years as a "belated recognition" of reforms in the last few years, and vowed to continue them while maintaining fiscal discipline.

Commenting on Moody's upgrading India to Baa2, from Baa3, he said it is a recognition that India continues to follow the path of fiscal prudence which has brought stability to the economy.

"It is an upgrade which has happened after 13 years. We welcome it and believe that it is a belated recognition of all the positive steps taken in India in the last few years which have contributed to the strengthening of the Indian economy," he told reporters here.

The upgrade is a recognition of the reform process in India, particularly in the last 3-4 years, in which structural reforms placed India on a high growth trajectory, he said.

Listing the series of reforms which led to the upgrade, he said while demonetisation took the economy towards greater formalisation and digitisation, use of Aadhaar ensured targeted delivery of government benefits.

Also, a new insolvency and bankruptcy code has been enacted, massive bank recapitalisation programme formulated and a smooth transition to GST has happened, he said.

The GST itself has been universally regarded as landmark reform in tax structure, he added.

Stating that all these steps constitute major reforms and are directional, he said the rating upgrade therefore is "extremely encouraging".

Jaitley said: "It is extremely encouraging that there is an international recognition and the fact that this recognition merely furthers our determination to follow the track we have embarked upon."

He said the upgrade has not happened in isolation and for the last three years the India has been the fastest growing major economy.

"And after a long spell of 13 years, India gets the rating upgrade. I am sure that many who had doubts would now seriously introspect on their own positions," he said in a jibe at critics of his government's reforms programme.

The government, he said, will maintain the fiscal discipline and continue to remain in fiscal glide path.