'This Is The Time To Invest Big'

As the most prominent non-politician liberaliser in the government, the Deputy Chairman of Planning Commission, has been on the Left's hit-list for long. But here he takes on what matters the most: infrastructure. 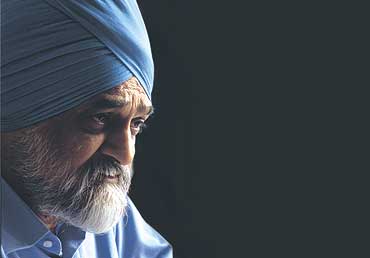 As the most prominent non-politician liberaliser in the government (he’s among Prime Minister Manmohan Singh’s closest confidantes) and charged with delivering the 8%-plus growth, Deputy Chairman of Planning Commission, Montek Singh Ahluwalia, is all-too-aware of how much everything hinges on one thing: infrastructure. Sonal Sachdev and Ashish Gupta caught up with the 62-year-old Oxford-educated economist to discuss the problems and opportunities there.

The government has been saying for some time now that public spending will not be enough to fill the gaps in investment in infrastructure. What are the opportunities and challenges so far as private investment is concerned?

Well, India’s infrastructure is at once a problem as well as an opportunity. If you believe that India has a capacity to grow at 8-9% per year, then implicit in the argument is the assumption that there is both a need and an opportunity to invest massively in infrastructure. Obviously, we would need to do many things to achieve that growth rate. From the government’s point of view, the most obvious challenge is to raise a sizeable quantum of public money for infrastructure and to design a policy framework that will prove to be attractive to private capital. That’s a very complicated task we (in the government) have to accomplish. For the private sector, it means responding to what could be a terrific business opportunity. The picture here has been mixed so far. Today, there’s a lot of uncertainty in the minds of investors. And many of them, while evaluating projects, look at few sector-specific uncertainties and tend to forget that here is a country that could be growing at 8-9% per year on a sustained basis. Then again, there are those who see things in perspective. The investment opportunity in India’s infrastructure, therefore, is really for those people who are aware of the long-term potential, and are too smart to lose this great opportunity, even if there are a few problems in the short run.

While it is true that there has been a fair amount of private investment in roads, same doesn’t seem to be the case for the power sector or even ports. What do you think of the progress in these areas?

I think we are seeing private sector activity in all the sectors. We have already got the Bangalore and Hyderabad airports going, construction is to begin at the Delhi and Mumbai airports (as part of their modernisation), and soon, we will have the airports in the other two metros ready for modernisation. These are big opportunities for the private sector—big in the sense that no such opportunity existed 10 years ago. We have also been successful in bringing in a lot of investments in the port sector and more is expected. The notified Committee on Infrastructure has laid down that in the next three-to-four years, approximately 54 berths in the country’s major ports will be opened up for private sector participation. Railways, which had absolutely no track record of private sector participation, has 14 players today putting in their security deposits and getting organised to enter the container transportation trade. In roads, we already have a lot of private sector participation and, hopefully, it should continue. In the case of power, there is public-private-partnership. The progress here has been admittedly slow. But we now have a policy framework, and have made a start in many different areas. The Electricity Act was passed in 2003 by Parliament. Under its provisions, we needed an electricity and tariff policy. These have now been issued in many states. We also needed to set up regulatory commissions both at the Centre and in the states. This is also being done. You know, regulatory authorities need time to build credibility, expertise and capacity and most of the state regulatory commissions have been in position only for about two years or so. While they have issued tariff orders, these are still in early stages in terms of getting clarity and credibility. Clarity and credibility are two quite distinct things. You may be very clear but if people think that you are going to change or political interference is going to alter your orders, investment does not respond. So, I think the progress in the power sector has been slower than I would have liked, but the building of institutional structures needed for moving ahead has been quite substantial. And we should not underestimate that. Setting up of statutory regulatory commissions (23 in number) at the state level and getting people used to the notion that when you have a problem you have to raise it with the regulatory commission is itself a big achievement.

What, in your view, is the real problem that needs to be tackled in power?

The key issue in the power sector is to ensure that we have a distribution system that is financially viable. The moment you have a distribution system that is capable of paying for the electricity generated, I can practically guarantee that there will be no dearth of people who will want to get into the power generation business. The central problem can only be resolved if reforms in distribution system lead to an improvement in technical and operational efficiency, and this results in reduced corruption and theft losses. The problem is also that it is possibly the most institutionally complex sector to reform because it is both a state-level and a central-level subject. As a result, transmission and distribution losses have been coming down at a much slower pace of 1-1.5% annually, than the desired 3-4%.

The government has talked of a sustained 7-8% GDP growth. Given the quality of our current infrastructure do you believe that the target is realistic?

The economy has been cruising along at a little above 7% over the last three years. I have no hesitation in saying that even to maintain this speed we need to do a lot of work on infrastructure. But the real challenge is to go from 7% to 8.5%. That challenge cannot be met without making huge investments because I think infrastructure is already overstretched even at 7% growth. It is not as if we are fine with 7%, but to do 8.5%, we must bring the infrastructure to a much higher level, and then do other things that will ensure the higher level of growth like doubling agriculture growth and raising manufacturing growth at least to double digits—around 10-12%, even though some in the private sector might like it to be 14-15%.

From the point of view of the government, the critical issue, no doubt, is that of generating resources. Where is the money needed to create this higher level of infrastructure going to come from, FDI?

Resources can be raised in a number of ways. It can come in as foreign direct investment (FDI) or from domestic savings or even through market borrowings. The name of the game is not to focus on FDI but rather to create a policy framework that attracts investment. I do not have any sectoral targets of FDI for the country. If we have the right environment, all the domestic investment can get sucked into infrastructure, which will vacate space for foreign investments in other sectors. And if domestic investments go to other sectors, it will make space for FDI in infrastructure. Hence, we need two kinds of policies: the general policies that will make India an attractive destination for investment and another, more specific, one for infrastructure. But the problem is in the definition of infrastructure, which makes it so difficult to quantify investments. In one definition you would include irrigation as a crucial infrastructure, certainly you would include rural roads. But in the urban side should you include urban drinking water, of course you should add urban sewerage. The definitions are a little inflexible but for the Eleventh Five Year Plan we are preparing a quantification. Our present rate of investment in infrastructure is around 4.7% of the GDP. The investment needs to go up to 7-8%. So, what we are saying is that if the overall investment rate grows by 4-5% of the GDP, half that investment should go into infrastructure at least over the next five years. We need to create a surplus in infrastructure capacity, and not have a balanced approach. This is the time to invest big in infrastructure. But that can’t come from the market, because markets always lag behind. And that’s where you will need good public policy, public support, and an element of capital subsidy.

How can you make it attractive for private players?

You can make it attractive in those sectors where user charges are not a problem. That would include airports, ports, railways and container traffic. We should be aiming at infrastructure investors who expect a steady 9-10% return over the next 20 years. I honestly do not believe that resource is the problem. The problem really is putting in place a well-designed, business-friendly policy that is also politically credible.

The move to set up SEZs and SERs would necessitate the creation of infrastructure to ensure port connectivity, don’t you think?

Of course. For instance, a key criterion for identifying stretches and offering them on a build, operate and transfer basis in the National Highway Development Programme III is connectivity with places of economic interest. In fact, the Cabinet recently approved 10 new stretches for the NHDP III, many of which are linked to port developments, new investment activities and so on. Besides, providing infrastructure to a few clusters is far easier. It isn’t difficult to arrange for a power generation facility—by setting up a captive power plant—to cater to the requirements of a special economic zone. Besides, these would be large, paying customers and this could put indirect pressure on the state electricity boards to try and offer better quality services to them.

India Infrastructure Finance Company has been created for meeting the long-term needs of infrastructure projects. But isn’t the initial guarantee of Rs 10,000 crore too little?

No, that’s just to build the initial corpus. Besides, it will be funding only 20% of the capital required for a project so that it can be leveraged for greater investments. What separates it from other such funds provided by the private players is the long-term tenure of the loan.

What about the cost of funds, given that interest rates are headed higher?

We expect to attract investors who are looking for a safe and steady return of 8-10% over the very long-term. And there would be many investors who would find it attractive. The government guarantee will ensure that funds can be raised at the best rates. Besides, this can be an entry point for an investor into India, who can move on further to AAA rated securities issued by private companies once they understand the ground realities better and gain confidence.

Could this be an answer to the needs of insurers who have been hankering for longer-maturity government paper to invest in?

I would be happy if they were to look at it that way!