Distant places like the Caribbean are fast becoming a major destination for business and major investments from India and the competition that pits India against China, too, has spread to the islands. 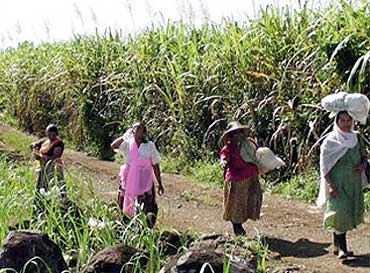 As an emerging economic power, India finds that its companies expand into remote territories well in advance of its diplomats or other government agencies. Distant places like the Caribbean are fast becoming a major destination for business and major investments from India and the competition that pits India against its giant northern neighbor China, too, has spread to the islands. Despite China’s growing diplomatic clout, the private nature of India’s business expansion may give it an edge.

India’s links to the Caribbean date back to the late 19th century when Britain brought thousands of indigent servants from the subcontinent to work in its plantations. During the past five years, a new set of Indians have penetrated the Caribbean nations: In the oil-rich nation of Trinidad and Tobago, India has emerged as one of the major economic and political actors, and by the end of 2007, Indian companies had invested $3.4 billion in various projects across the entire spectrum of the economy.

Indian capital is present in every sector of the economy – mining, agriculture, banking and tourism. Reflecting a growing thirst for raw materials, the bulk of Indian investment went to the mining sector. The largest investors are Mittal Steel, so far investing $2 billion, and Essar Steel with $1.2 billion, for steel-processing plants. At least four Indian-owned hotels currently serve the islands. The government has also awarded infrastructure projects to Indian companies, not just in telecommunications and IT-related services, but road construction.

In 2006 the Tobagonian Minister of Trade and Industry Kenneth Valley visited New Delhi and Mumbai accompanied by a 20 member-business delegation. In May 2006 a delegation of 120 Indian businessman representing 50 companies arrived on the island to participate in a 10-day India–Trinidad and Tobago trade fair, followed with a visit by Indian Vice President Bhairon Singh Shekhawat in November at the head of another Indian business delegation.

To win good will among the regional countries, India has followed China’s footsteps into the developing world, by building infrastructure projects and providing financial assistance. Indeed, the Chinese presence in the Caribbean, with the notable exception of Trinidad and Tobago, is far greater than India’s. In 2007 trade between China and the 11 Caribbean nations that recognize Beijing rather than Taiwan stood at $3.85 billion and has been growing at an average rate of 30 to 40 percent a year for the past three years.

Nonetheless India is determined to increase its presence in the region. The Indian government has helped computerize the secretariat of the Caribbean Community (CARICOM), the regional organization of 15 Caribbean nations, at a cost of $1.3 million; Indian companies have won major irrigation-infrastructure contracts in Jamaica, Guyana and Suriname; Indian companies have build cricket stadiums in Guyana and Barbados at the cost of $25 million and $30 million, respectively; other major projects include a new highway and bridges in Suriname and a possible multimillion dollar contract for telecommunications network infrastructure in Guyana.

Hungry for natural resources, India has shown considerable interest in forest, mining and agriculture sectors: Four Indian companies are already importing timber from Guyana and Suriname with such imports expected to increase in coming years. Since 2002 India has given Suriname $72 million in credit lines for various infrastructure and development projects. Other Indian assistance to Suriname includes a cashew-processing plant and significant donations of pharmaceuticals and medical equipment.

On the energy front, delegations from India’s state-owned oil giant Reliance have visited Guyana and Suriname in 2007 to negotiate oil and mining concessions. Indian companies are particularly interested in the potentially lucrative gold and diamond fields of Guyana and Suriname located deep in the Amazon forest. With the current oil crisis, both India and China pursue any source of oil, even the most difficult and expensive to extract.

Sugar exports, once a major source of revenue for Caribbean nations, have suffered significantly since the European Union imposed serious restrictions on imports. Indian sugar companies have jumped into this weakened sector, investing in revitalization and injecting funds into the sugar industries of Jamaica, Guyana and Suriname. In August 2004 India granted Guyana a $25.2 million credit line for the modernization of its sugar industry. India has also sent agriculture specialists to assist the region’s country while also providing scholarships for Caribbean students to attend agriculture-related studies at Indian universities.

As a more affluent Indian population increases its consumption of sugar and sugar-related products, the country hopes to transform the region into one of its main suppliers. Indian support for the debilitated Caribbean sugar industries could deliver substantial benefits to both countries: For the Caribbean nations in particular, revitalization of this sector would create jobs, alleviating serious unemployment faced by some of the countries. Inspired by Brazil’s success with ethanol exports, Caribbean countries such as Suriname, Guyana and Jamaica have partnered with Indian companies to investigate ethanol production.

The fact that ethnic Indians constitute significant proportions of the population of some of the Caribbean nations has facilitated Indian investment and fostered close political ties. It’s perhaps no coincidence that Indian companies have been most successful in Trinidad and Tobago where Indians account for 40 percent of the population; Guyana where they account for 51 percent; and Suriname, 31 percent. India’s fast economic growth and subsequent hunger for energy resources and other raw materials will likely contribute to further Indian interest in the region.

India is not alone with such interest and anticipates stiff competition from China and other players. While China’s presence in the Caribbean is impressive, India may enjoy some advantages over its neighbor: The Caribbean’s large ethnic Indian population offers India the possibility of building deeper, more solid economic and political networks that, could, in the long term, offer significant advantages. The fact that India is a democracy with stable relations with United States, the region’s dominant power, may facilitate its presence. In contrast, China has complex relations with the US and close ties with countries hostile to American interests, including Venezuela and Cuba, creating some apprehension over China’s growing presence in the Caribbean and Latin America. Venezuela, too, is now an observer member of CARICOM and recently opened embassies in the region.

Most of India’s investment is carried out by private firms, while China is represented by state-owned companies, closely directed from Beijing. As a result, Indian investment in the Caribbean depends less on its government’s policies towards the region. Should New Delhi lose interest in the region, Indian business would be in a better position to survive without much government backing. If deprived of government support, Chinese businesses might struggle to maintain an advantage over their Indian counterparts.

Not tied to government political objectives, Indian businesses enjoy greater flexibility. The Indian presence in the Caribbean, just like the growth of India, is taking place at a less impressive pace than that of China. But India has some advantages for the long term, so while China is winning the Caribbean sprint, India could win the marathon.

Loro Horta is an international consultant on Asia for the Portuguese Institute of International Relations and a visiting scholar with the Centre for International Security Studies at the University of Sydney. His articles have appeared in the Australian Financial Review, Straits Times, Asia Times and the Jakarta Post. Rights: © 2008 Yale Center for the Study of Globalization. YaleGlobal Online