'The Illicit Relationships Of Congressmen'

'Rahul Gandhi has reflected his immaturity and desperation by making the ‘Modi marriage’ as a political issue.' 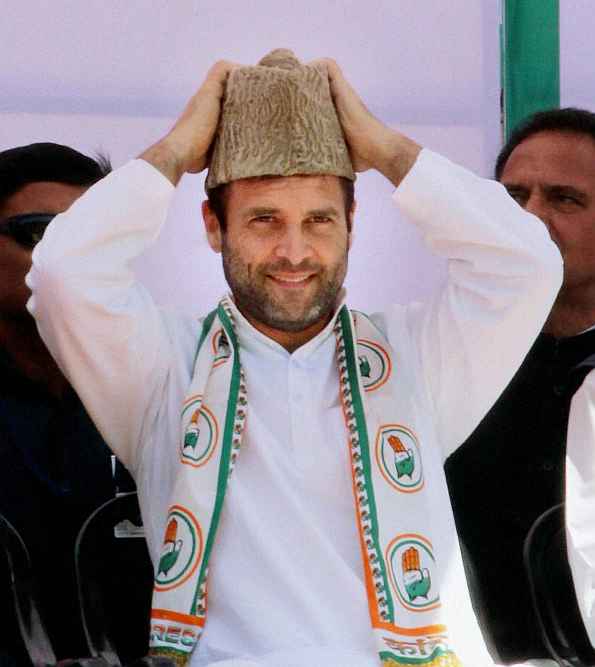 Why is it that Rahul Gandhi has not been able to click as a leader acceptable to this country? This is the question every Congress member must reflect upon.

Rahul’s communication skills are at best modest. Let alone the average common citizen, his ability to inspire even the Congress cadre is questionable. His understanding of economy is a suspect.

But the latest desperation that he has displayed makes one wonder whether his level of discourse can at all be prime ministerial.

In an affidavit before the Returning Officer in Vadodra, Narendra Modi disclosed the name of his “wife”. This fact is sufficiently in public domain that Narendra Modi and the lady were made to solemnize a marriage as young children. They never lived together.

Modi dedicated himself to spiritual and political activities. The lady lived with her parents, and worked as school teacher. By all accounts, the comments of lady have been extremely dignified.

The requirement of filing an affidavit with the nomination form was directed by the Supreme Court as a part of the voter’s right to know facts even about the private lives of their candidates.

Since the marriage was never acted upon in accordance with the requirements of the then law, Narendra Modi was earlier leaving the column regarding the name and assets of his spouse blank.

It is only in September, 2013 that the Supreme Court clarified that no column of the affidavit could be left blank. Narendra Modi, therefore, made a truthful disclosure. Since when has declaration of a lawful relationship, whether acted upon or not, become a political issue?

Indian politics has an unstated code of conduct. Ordinarily, we don’t drag families and ladies into controversy. Rahul Gandhi is guilty of breaching that code. He must remember that the disturbed matrimonial relationship of a former Indian Prime Minister was never a political issue.

However, devoid of serious political issues and understanding of those issues, Rahul Gandhi has reflected his immaturity and desperation by making the ‘Modi marriage’ as a political issue.