The History: This Is Not The Punjab National Bank of Pre-Partition India

Today, PNB has nearly 7,000 branches in India alone, and is among Forbes’s list of world’s biggest public companies. 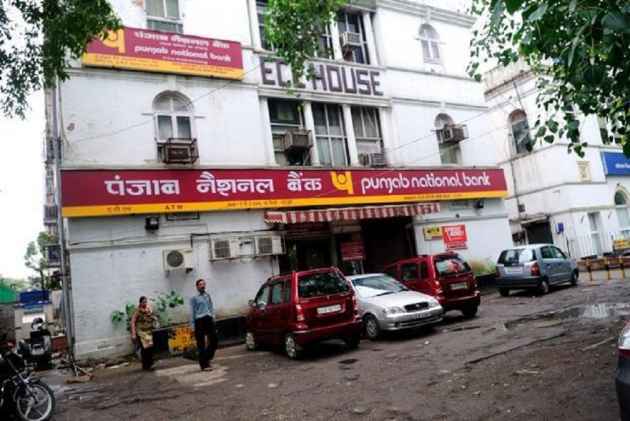 Every Punjabi who remembers his history and knew of Punjab as one unit, extending mightily from the borders of North West Frontier Province (NWFP) to Delhi is today a saddened person.

The pride of Punjab and Punjabis the great Punjab National Bank is the butt of whatsapp jokes in India. As a Punjabi Indian who was born in Rawalpindi now in Pakistan, I feel absolutely distressed and hurt as to what scamsters and corrupt politicians of India have done to this great institution. One wonders what Indira Gandhi who nationalised this Bank among others to make her government survive in 1969 would have thought of her actions today.

Punjab National Bank was launched by the leaders of the Swadeshi movement, long before even Mahatma Gandhi appeared on the scene of the Indian independence movement. The bank was founded in 1894 by Indian leaders and Indian capital. Notable among the founders were Sardar Dayal Singh Majithia, Lala Harkishen Lal, Lala Lal Chand and Lala Dholan Das. It was their conviction that if India had to grow and progress when independence came, it should have its own institutions, more so financial institutions. It was with such noble intentions that the bank was founded.

Lala Lajpat Rai, the great freedom fighter of Punjab was actively associated with the administration of the bank in the early years. He was the first to open an account with the PNB in its first office opposite Arya Samaj Mandir in Anarkali in Lahore. Lalaji's younger brother joined the bank as a manager. Imagine the people who banked with the PNB included this actual 'Punjab Kesari' Lala Lajpat Rai and then later Jawahar Lal Nehru, Lal Bahadur Shastri, Mahatma Gandhi and poignently also the Jallianwala Bagh Committee.

Lala Lajpat Rai was part of the famous trinity of India's Freedom Movement - Lal-Bal-Pal.Lala Lajpat Rai, Bal Gangadhar Tilak and Bipin Chandra Pal. These belonged to a generation of leaders who while fighting for independence would simultaneously think of creating institutions that would make India economically free as well.

Punjab National Bank was truly India's first National and swadeshi Bank, though an earlier Bank - Oudh Commercial Bank was established in 1881 and folded in 1958. PNB opened its first branch on 12th April 1895 in Lahore, west Punjab. In the next five years it expanded to Sindh and NWFP.

Punjab National Bank made Punjab prosper through its services and later opened branches in others parts of India including Burma. It managed its affairs diligently. Punjabis were proud of their Bank. It was Punjab's Bank.

Lala Yodh Raj took over the command of the Bank in 1943, a moment of turbulent times for India. Large numbers of Punjabis were fighting in World War II. The freedom movement was going through difficult times, controlled and managed as it was by then by Indian National Congress, which had all its leaders in jails at that time having foolishly given up the control of Provinces where it had been elected to run the governments.

World War II ended in 1945 and India was ready for independence from colonial rule but the British did not want a united India as it did not fit in their scheme of things for the subcontinent. And there was Mohammed Ali Jinnah who was not ready to accept anything other than a separate country for Muslims.

It was evident that Punjab would bear the brunt of Partition and Lala Yodh Raj had to plan for the bank, for its future and the role it was to play in supporting the community that would be losing all that they owned and have to restart in life.

Punjabi Hindus and Sikhs had always had controlled the economy of Punjab that existed in unified India or were the dominant actors in it. They were then the largest account holders. The bank virtually belonged to them. The bank too had prospered with the support it received from its loyal Punjabi account holders.

Lala Yodh Raj realising the troubles ahead which a good management should do, in a master stroke of his foresight and management, shifted the head office of the bank from West Punjab which was to go to Pakistan to Underhill Road in Delhi in June 1947, just months before the partition. Lahore had gone to Pakistan as he had suspected it would do. What a smart stroke of management! He had also moved bulk of the funds of the PNB to India.

In those tumultous weeks after partition PNB had to close 92 branches in West Pakistan that constituted 33 percent of its total number of branches in undivided India. 40 percent of its deposits had vanished. Yet the managers remained undaunted as the task of helping in nation building and supporting the community was at hand.

Lala Yodh Raj was a highly revered figure among the Punjabis of that time, coming as he did from the long line of devoted Lalas and became more so when he assured the hundreds of thousands of account holders who migrated to India telling them that their money in the bank was safe. The migrants who came in from West Punjab were repaid their deposits based upon whatever evidence they could produce.

Had Lala Yodh Raj had not shifted the head office and its funds to India, Punjab National Bank could well have been Pakistan's biggest bank! The fact is Pakistan had no banks when the country was divided.

The control by Punjabis on their Bank which had now shifted to Delhi was not to last for long. Post independence, a new style of functioning took over. The love and ownership of a community over an entitiy was gone.

Dalmias managed to buy the shares of the great Bank from the markets and suddenly in 1953 , the bank was gone from Punjabi hands into the hands of Dalmias and Jains. Lala Yodh Raj left and Shiriyans Prasad Jain took control of the PNB.

The bank lost its character that was so unique to it. The nationalisation of banks by Mrs Indira Gandhi on the midnight of 19th July 1969 changed the way banking was done in India. Mrs. Indira Gandhi's government was dependent on the support of communists and left wingers and this was one step that was part of that agenda. The banks, including the PNB became a plaything in the hands of politicians who used its finances to enrich themselves and their cronies.

The hurt that Punjabis feel today in seeing the PNB reduced to shambles is something that cannot be described in words. We have witnessed the pride and contribution of the bank in nation building. We have also been mute witnesses to the plunder of generation upon generation of leaders who used its resources to line their pockets. This is not what Lala Lajpat Rai dreamt of when he and other Punjabis set up the PNB.

Since its inception in 1895, the PNB has been a people's bank. No longer. It has become a hunting ground of scamsters and we only have our corrupt politicians to blame who encouraged charlatons to loot honest tax payers' money.