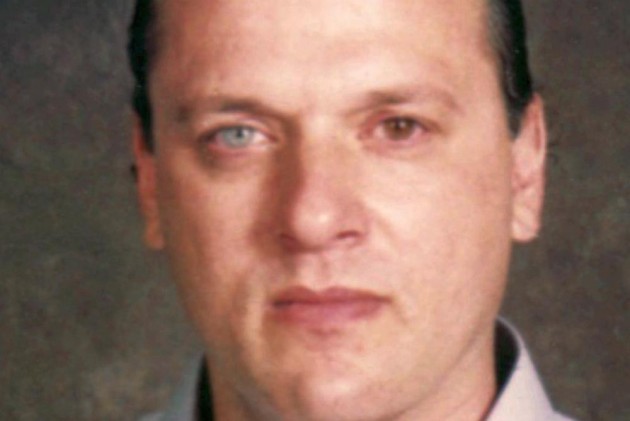 David Headley or Daood Gilani, the star approver in the case of Abu Jundal, accused in the 26/11 terror attack case, has been deposing through video conferencing from an undisclosed location in the US, in our very designated special court, still referred to as the TADA court (though the Act was repealed long ago).

As I hurriedly make way to the fourth floor of the court building, like every other beautiful thing in south Mumbai, it is still slowly waking up. But dump your bag and belongings and get your security check done by the woman police constable and step into the court room, and the atmosphere changes. Yeah some are still shaking off that powerful drowsy feeling but anxious media (there is only media and a few interested lawyers) carefully listens to gather any pearls that Headley may dish out, at the behest of the latest Padma Shri awardee Special Prosecutor Ujjwal Nikam, who asks him questions about his role in 26/11, his meetings with various planners and handlers of Lashkar e Taiba and also his marriage.

On one side of the room, pretty much like what you saw in Chaitanya Tamhane's film Court, laced with cupboards full of evidence, there is this large flat screen TV installed with very good audio quality, which shows us Headley and his legal staff of three others seated at a table, occasionally having coffee, mostly sifting through documents that Nikam asks them to refer to. Headley, who has been pardoned as an approver in the Indian 26/11 case and has been jailed to 35 years in the US, speaks with confidence and what we may call "attitude" (it must be hard not to have that if you are protected by the US security itself!).

Every single day there has been one important revelation such as ISI's involvement in militant activities, Ishrat Jahan as an LeT operative, targets that LeT planned for unleashing terror in India, his visit to the Shiv Sena Bhavan (inside the premises with someone accompanying him as he made a video too!) to provide enough information to LeT in case they want to plan an attack on the "headquarters or its leadership" (implying late Bal Thackeray) and the National Defence College in New Delhi so "more senior military officers can be killed than in a war between India and Pakistan."

Much has been written about how he answered the Ishrat question after being prodded and given an option of three names. That of course, did not deter the political storm as it played out on TV. Some pointed out that even if there was some truth, which needs to be investigated and proven, the encounter still remains fake and unjustified. Anyway, that was yesterday and today is about Shiv Sena Bhavan and Bal Thackeray. As soon as he mentions the nefarious plan, a little hustle happens among journalists, who must leave the court to "break" the story. Judge Sanap mildly tells the security that they should not allow them back.

Of course everyone comes back eventually as other details about Headley's knowledge about the attacks are sought over two recesses and six hours. I am as comfortable as one can be because I manage to grab a corner to sit at the back of the room, where usually accused are seated behind a large wooden box, as they call it. The screechy fan is turned off and on every few minutes as it gets too noisy to hear or too hot to bear.

Nikam asks him about his meeting with Hafeez Sayeed after his estranged wife Faiza urged Sayeed to intervene in their failing marriage. Headley snaps and tells the court that what happens between him and his wife is his business and he will speak about the case and just the case. It is interesting to see a convicted terrorist giving a stern lesson on how not to ask personal questions to the prosecution. Nikam pacifies him and explains the reason etc. Later on, Nikam guardedly asks him if his other wife congratulated him in code language after 26/11 attacks were "successful." Headley agrees and everyone is relieved. Headley's impunity, with which he asks for blessings for Ajmal Kasab at his mention as the captured attacker, is slightly unnerving. Copious notes are taken.

As the clock ticks to 1 pm IST, five hours into the session, Headley and his accompanying legal staff are willing to go on with the deposition (230 am US time), here, a discussion about continuing the following day and even on Sunday is held. Headley's lawyer explains that a Sunday session is not possible and Saturday morning IST is okay. It seems consensus has been reached and most of the media follows Nikam out of the court building, where a line of cameras await him, so that he can tell the world what happened in the court.

On the opposite side of the Headley screen, another screen shows Abu Jundal, the accused lodged in Arthur Road jail, who has been seated on a bench with a police constable who comes and goes. Jundal is not permitted to talk until the deposition on the other side is complete. He is so still that you may mistake him for a photo, except when he rather angrily, mutters things like "mike kyun band hai," or "mujhe bolna hai."

Some of us remember lawyer Shahid Azmi, who was killed in his office exactly six years ago, and who was known for getting acquittals in several terror cases. More importantly, he is known for destroying prosecution case against Faheem Ansari, the Indian accused in 26/11 case, who was eventually acquitted. There is some discussion about how this four-day deposition, which talks about many interesting things but nothing about Abu Jundal so far, will lead to incriminating evidence against him.

Straight up, the judge sits and records the evidence, assures Headley that he does not have to worry about deposition, guides and chides the prosecutor and the defence lawyer Wahab Khan for leading questions, raising unnecessary objections etc. Above him, hangs the only other third frame, apart from the two TV screens, that of Mahatma Gandhi, a barrister, a freedom fighter, champion of peace and unity between India and Pakistan, Father of the nation and whose killer Nathuram Godse was recently celebrated by some.