Home  »  Website  »  Features  » Essays  »  The Farmer's Son From Urulikunnam On Why His Father Made Him Have Books As Friends...

The Farmer's Son From Urulikunnam On Why His Father Made Him Have Books As Friends...

'Nothing seems real except the nostalgia. And I seem to want my village to stay hidden just as much as I enjoy seeing it on the Google map,' reminisces Paul Zacharia 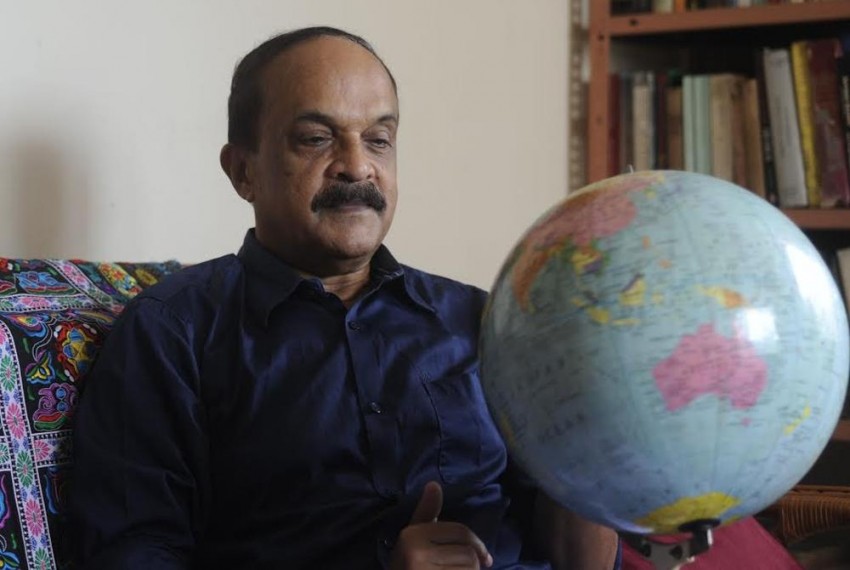 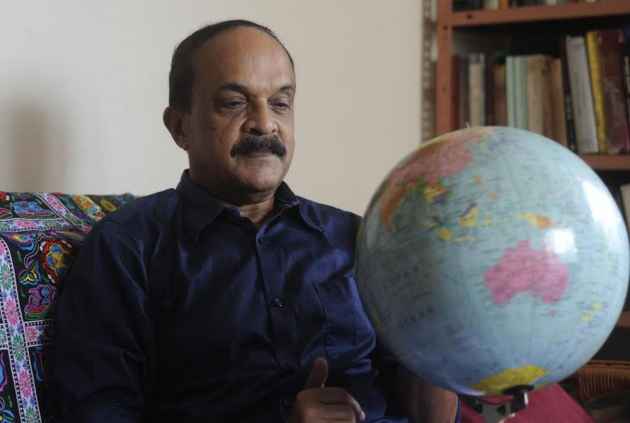 I was very happy to discover that at last it is possible to Google my village, Urulikunnam. Earlier, one could only guess its place on the map in the green sea of tree-tops rolling to the horizons. There it is now, for all to see – in south India, in the state of Kerala, the name marked on the expanse of greenery captured by the satellite camera. Technology has tagged the secret world of my village to the greater world. When I lived there many years ago the world outside was a day-dream I constructed sitting on the guava tree. I would strain my eyes at the tiny figure of an airplane suddenly coming into view amongst the branches for a fleeting moment and be consumed by wonder about their inconceivable goals. I would pin back my ears for the most indistinct little sound from the toy-like transistor radio I forced my father to buy which only spluttered all the time. Sometimes it produced a word or two or a syllable of a song and my heart raced to the ends of the earth seeking the enchanted source of that unfathomable sound.

Urulikunnam remains as concealed as it used to be when I lived there in the late 1940s and the 50s. My father’s old farm (now owned by a person working in the Arabian Gulf) can still only be reached by foot. Even if someone zeroed in on it from the sky with an all-seeing spy camera, his view is sure to be blocked by the impenetrable shroud of rubber plantation, areca nut and coconut palms, the spreading branches of jackfruit, mango, wild jack and teak trees and the massive fan-leaves of the giant palms. Under the shadowy world of the trees a kind of twilight continues to lie upon the village during the day and the night is lit by companies of glow-worms signaling each other with silent messages of love. I know this because I make clandestine visits there, from the city I live in. I stand on the soil I grew up in, every inch of which bears memories of my footprints. I look around and wonder if I am real – and if the past was real. Nothing seems real except the nostalgia. And I seem to want my village to stay hidden just as much as I enjoy seeing it on the Google map.

Nostalgia is irresistible. It washes things in a golden light and turns the past into a lost paradise. In that sense it helps you stop quarreling with the past. Living in Urulikunnam as child, boy and adolescent, I had, of course, no past to talk about or quarrel with. All my quarrels were with the present. It never occurred to me I was leading a paradisiacal life. All I wanted was to leave the village and get to the world outside. And I knew there was a world outside because my father’s books told me so. Looking back calmly I can see why my life proceeded in a certain direction. If one believed in fate one could say books created my fate. They planted a lodestar in my head - though I didn’t know that – and my life moved in the directions it configured. And new lodestars appeared as I grew and my reading grew. Today when I stand in my father’s farm as a stranger, in the grip of the overpowering feeling it was all a dream, I hear the books that spoke to me in the semi-dark rooms of our palm-thatched house giggle at my stupidity. Books aren’t dreams. They are dream-makers. They plant strange dreams in your head that have a tendency to turn real.

I do not know how my parents acquired the reading habit. They were school-educated, literate in Malayalam, our mother tongue, and could make out elementary English like many others. Agricultural communities were, in general, tied down to their work and not given to reading except perhaps the rare household that subscribed to a newspaper which was picked up as and when someone did the couple of miles’ walk to the market place. The Catholic Church, to which my parents belonged, did not encourage reading especially of a freewheeling kind. The bible itself was taboo in Catholic households because the Church thought believers needed guidance to read it. But I now know that my father came from an agricultural family with unlikely traits. There was a chess-freak, another dealt in occult sciences and was a famous snake-catcher, another was given to yoga and naturopathy and there were indefatigable squanderers – my father was one. He even learned wrestling, perhaps to give a pugnacious edge to his squandering. I suspect several of them were also unbelievers. The eccentricity of reading books, I think, was part of this package.

It took me many years to realize my father was an unbeliever, a freedom-seeker and a drop-out from his social class -- the upper middle Catholic mainstream. He kept the company of communists – the enemy of his class. In the feudal Kerala of those days nascent communism had a refreshing, humanist and liberating feel to it, especially so because it spread its message through theatre and music. It seems only natural my father was with them. I think today I am able to see what he essentially was: an outsider and a rebel. And books were his natural allies, for they helped him to stand alone, on the outside. They gave him the legitimacy of alternative ideas. When he threw away his considerable wealth on friends and pleasures, making my mother fight him tooth and nail, I think he was rebelling without a cause. When he brought home a beautiful pump-organ and had musicians come over and play and sing he was a joyous rebel. On the day he sold it to pay a debt I was inconsolable.

And, through all the turmoil my father generated, my mother, every day, after lunch was served and the kitchen grew quiet, would squat down on the kitchen door-step – her favorite place – and read. In that act she was my father’s ally. She instilled in me Malayalam – the language I write in – and led me into the world of my father’s books  --  and of all books. Sometimes my father took me along to the town of Kottayam some 40 kilometers away on his book-buying mission – a whole day operation that involved walking, changing buses and time-off with his friends. When I was old enough to go about on my own I became my parents’ errand-boy to borrow books from village libraries nearby and I fell headlong into an unchartered world that took my life by storm. My life was never the same again. I had started my journey out of Urulikunnam into a universe about which my father’s books had given me intimations. I suspect that by making books my friends my father was telling me in a farmer’s silent way that it was in books I must hunt for the secrets that he, an outsider who stood defeated, would have loved to lay his hands on.

Commemorating 1857: The Role Of The Bengal Army In The First War Of Independence